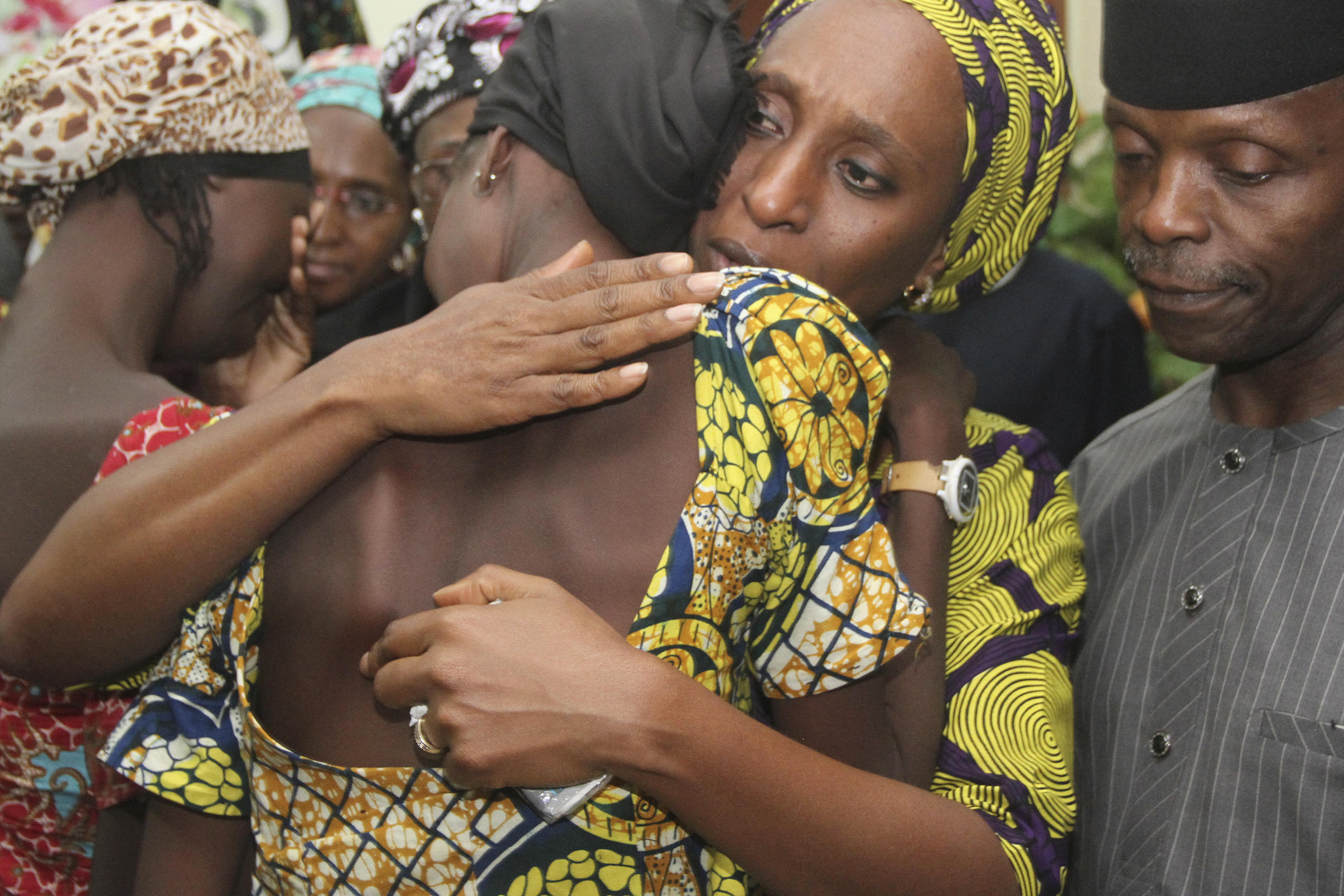 LAGOS, Nigeria -- Kidnapped girls freed from more than two years of captivity by Boko Haram Islamic extremists were prevented by Nigerian officials from spending Christmas at home with their families, relatives and a lawyer said Tuesday.

The news raised questions about Nigeria’s handling of the 21 girls freed in October through negotiation mediated by the Swiss government and the International Committee of the Red Cross.

Those freed in October have been held for trauma counseling and rehabilitation in Abuja, the capital.

They demanded to spend Christmas in their hometown, which is a Christian enclave in a mainly Muslim area. The government tried to appease them saying they would fly their parents to Abuja, human rights lawyer Emmanuel Ogebe said.

He said the girls insisted on being at home and arrived in Chibok on Christmas Eve but were held at a legislator’s house.

Christmas Day passed but they were not allowed to see their parents until Borno state Gov. Kashim Shettima showed up on Monday, with cameras to have his photograph taken officially presenting the girls to their parents, Ogebe said.

“In terms of a Christmas family reunion, this has got to rank amongst the world’s most spectacular failed parties,” Ogebe told The Associated Press by phone from his base in Washington. “The Grinch, or in this case the government, stole their Christmas this time. Not the terrorists.”

The mother of one girl and the father of another told the AP that the girls wanted to attend Christmas service at their church but were told they had to remain at the legislator’s house for their security. The relatives spoke on condition of anonymity, fearing repercussions from the government for them and their daughters.

The Bring Back Our Girls movement, Human Rights Watch and lawyers like Ogebe, who has organized scholarships in the United States for some of the girls who escaped the night of the abduction, are asking if the traumatized girls have escaped one form of captivity for another.

Nigeria’s army has freed thousands of people from captivity by Boko Haram this year as it has driven the extremists out of towns and villages where they had declared an Islamic caliphate. Most have been detained for interrogation in appalling conditions that have resulted in the deaths of newly freed hostages and their babies, Amnesty International has reported.

President Muhammadu Buhari this week declared that Boko Haram had finally been “crushed,” driven out of their last stronghold in the northeastern Sambisa Forest where they were believed to be holding many Chibok girls. The government said this week that negotiations to free the rest of the girls continue.

The military victory in Sambisa, which could not be independently verified, is unlikely to end the deadly suicide bombings and attacks on remote villages and army camps staged by the insurgents.