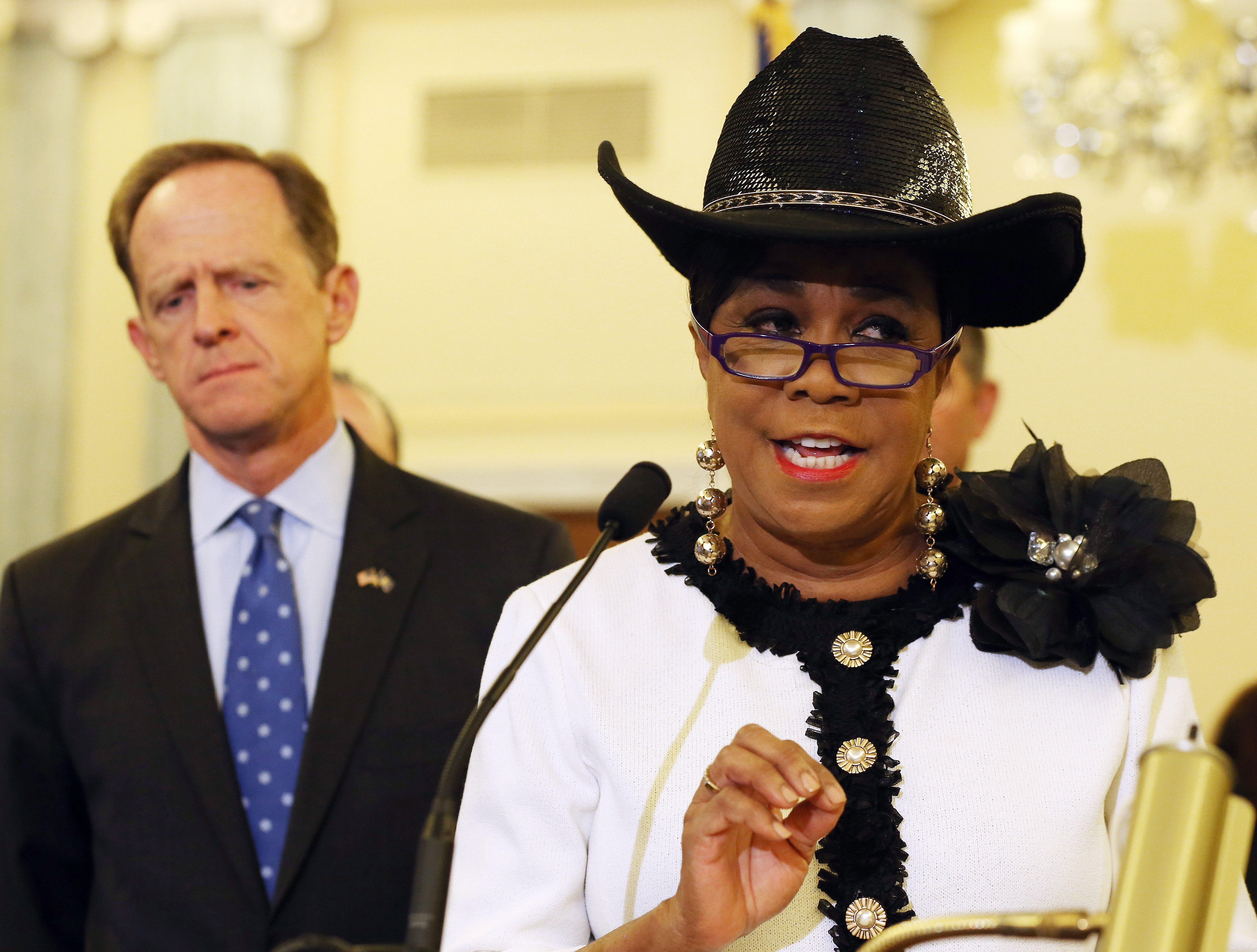 Her staff told CBS Miami the calls were directly related to the phone call from President Trump to the wife of Army Sgt. La David Johnson.

The congresswoman's staff said they alerted the Capital Police, Miami Garden Police and the threat division of the U.S. House of Representatives.

Wilson's staff said she is safe and that she is being protected at this point.

Wilson was thrown into the national spotlight after she said she was with Myeshia Johnson, the widow of Army Sgt. La David Johnson, when she received the call from Mr. Trump. Myeshia Johnson was on the way to the airport to greet her late husband's remains.

"He said to the wife, 'Well, I guess he knew what he was getting into,'" said Wilson, who was in the car with Myeshia. "How insensitive can you be?"

Mr. Trump and the White House have disputed Wilson's remarks. White House spokeswoman Sarah Huckabee Sanders said Mr. Trump's remarks were "sympathetic" and "respectful," and that the real problem is that his comments were "taken very far out of context by the media."

On Wednesday morning, Mr. Trump took to Twitter to defend himself.

Sanders said Wednesday there is no recording of the phone call between Mr. Trump and Myeshia Johnson.

La David Johnson's aunt, Cowanda Jones-Johnson, who raised him, told the Associated Press Wednesday that the congresswoman's account was correct.

During an interview Wednesday morning on CNN, Rep. Wilson said she stood by her story and several other people in the car, including the driver, a master sergeant and Myeshia Johnson's aunt and uncle heard the conversation.

"I have proof too. This man is a sick man. He is cold-hearted and he feels no pity or sympathy for anyone," said Wilson. "And when she actually hung up the phone, she looked at me and said, 'he didn't even know his name.'"

Trump was already under fire for not reaching out more quickly to the families of the fallen soldiers, who were killed in an attack in Niger on Oct. 4th.

According to the military, Johnson's Special Forces unit was assisting and advising troops in Niger on dealing with terror groups. The U.S. and Niger forces in a joint patrol were leaving a meeting with tribal leaders when they were ambushed by 40-50 militants believed to be linked to the Islamic State group.