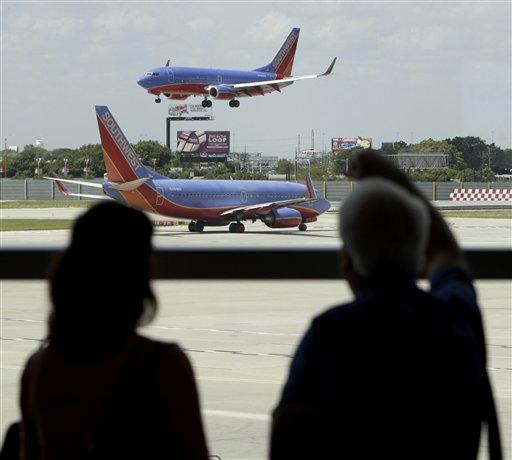 At one point during the sixth season of CBS' "The Amazing Race," Freddy Holliday screamed to the remaining teams, "One of you I will break in half!" Well, he didn't break anybody in half, but Holliday, 34, and his fiancee Kendra Bentley, 25, did outrace the competition, winning the reality TV show's $1 million prize.

"It always comes down to a cab ride, a plane flight," Holliday tells The Early Show co-anchor Harry Smith.

The finale blew into the Windy City Tuesday night. Chosing the right flight from Hawaii ended up being the crucial decision.

"At that point we had no idea it was going to be so crucial," Bentley says. "We were certain that Kris and Jon would research the flight to make sure they got on very early."

Holliday and Bentley were first to arrive at Chicago's Ping Tom Memorial Park in the city's Chinatown section to claim the top prize. They beat 10 other teams to win the grand prize after covering four continents, 24 cities and 40,000 miles in a race around the world.

"They are so tough," Hollyday says about Perkins and Buehler. "They're such great people."

Smith called them the Karma Kings.

Smiling, Buehler says, "We truly enjoyed each other's company around the whole thing."

Host Phil Keoghan notes, "You are the best of the best, the kissiest couple, we've ever had on 'The Amazing Race.' We added them up 3,507 now. And the most competitive."

But there is only one team that gets the $1 milllion prize.

The winning team of two models says its "model alliance" with another team (Hayden Kristianson, 25, and Aaron Crumbaugh, 25,) was crucial to victory. The other team came in fourth.

"All four of us agreed that it was an information-sharing model alliance," Bentley said. "And by the time we got to the roadblocks and detours, we were on our own and we agreed to that. We started it in Norway and it strengthened, and it stayed until Shanghai. Then that was it."

"It helped alleviate the stress to have somebody there you could relate to," Holliday told the Associated Press.

One of the most stressful moments for Holliday occurred when a pivoting gate at the Heritage Rail Museum in Budapest, Hungary, knocked him in the face. Holliday accused the other teams of pulling the metal gate down on him. That's when he issued his threat: "One of you I will break in half!"

"I got hit in the nose and it was so painful," Holliday said.

"The alternative was to break down and cry on national TV," he told co-anchor Smith. "And I think it took the lesser of two evils there. Although I'm embarassed at the way I behaved."

Holliday now acknowledges no one pulled the gate down on him.

For Bentley it was seeing so much poverty. "It's just really difficult for me to see people living in poverty. It's heartbreaking to me, really. It was my first experience seeing that," she says.

Still, says Bentley, "it was an incredible experience. Every one of the teams we competed against was so competitive and tough, and we are just thankful. We had a lot of fun, everybody was amazing."

About Cardon, Smith notes, "You were one of the most amazing players that actually played because there were days when I thought you were carrying Adam on your back."

"You know," Cardon replies, "In Adam's defense, he never left his hometown and here he was across the world. He did a great job."

What did Malis learn about himself? "That I can do more than I thought I could," he says.

"Thank you all so much for giving us great television because you guys write the show," Keoghan told the top four finishing teams on The Early Show as he congratulated not just Holliday and Bentley, but the runners-up. "You guys give us great entertainment."

Holliday and Bentley plan to donate part of their prize money to charity and invest the rest. They don't plan to use the winnings to fund a bigger, fancier wedding.

"Maybe a few more flowers for you," Holliday said to Bentley.

They are getting married this spring.

Crumbaugh and Kristianson got engaged on the show. Crumbaugh said he had planned to propose after winning the million-dollar prize, but even without the money, he still finished the 'Race' a winner.

His dream proposal recalls last spring's "Survivor" finale in which Rob Mariano proposed to Amber Brkich just before Amber beat him to the million-dollar prize.

Rob and Amber are returning to reality TV this spring, when they become one of the teams competing on the next "Amazing Race."

And "as you know, these guys are tremendously competitive," Keoghan says.

While Mom's Dying, Boy Scolded By 911