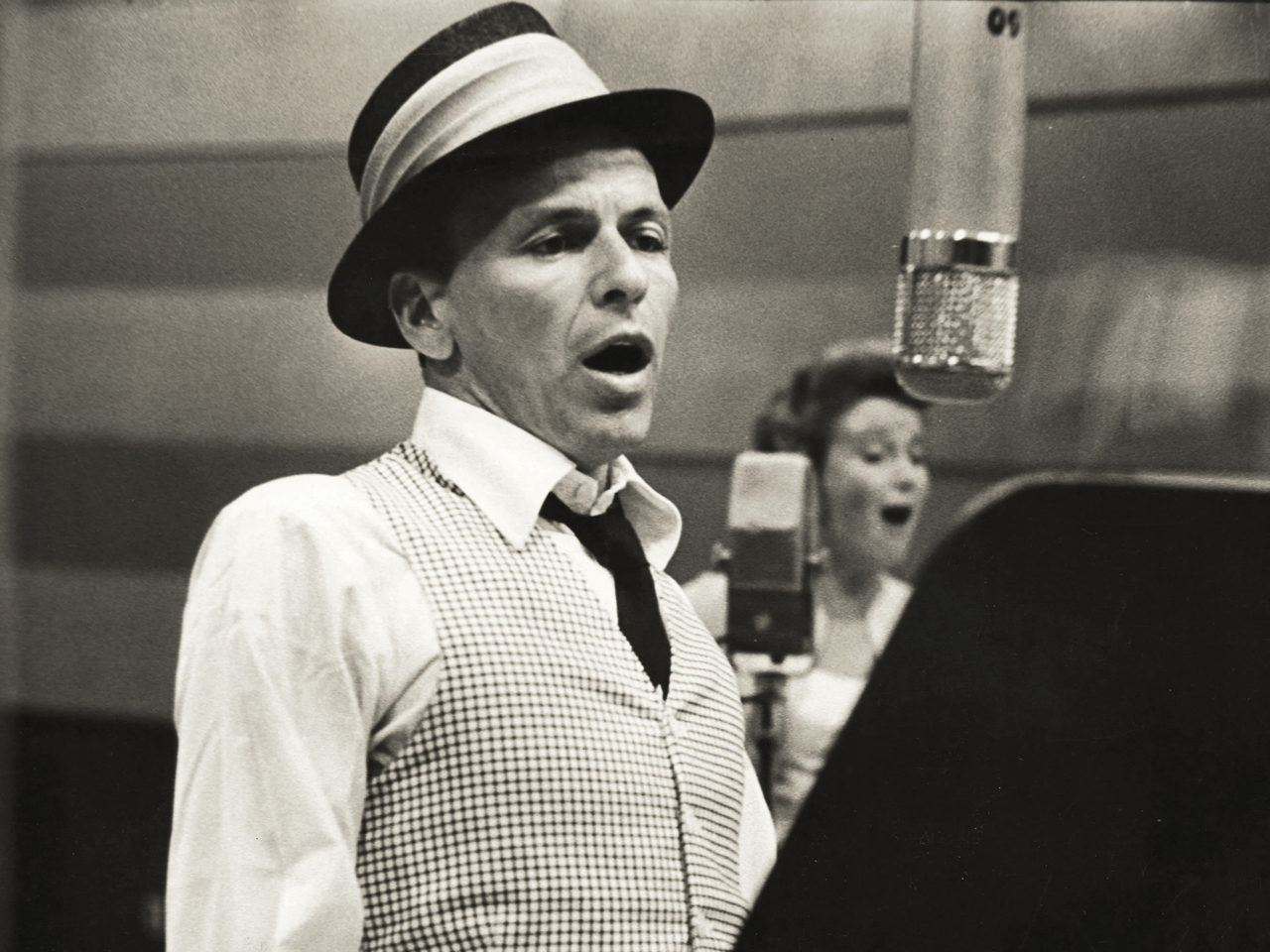 "The Best is Yet to Come" is just one of the songs that made Frank Sinatra a legend. He would have turned 100 this year, and had he lived to see that milestone, another of his songs would have fit the occasion just fine. Here's our Mo Rocca:

In 1965 Frank Sinatra was having one of his many "very good years." Walter Cronkite may have said it best: "He has an appealing enthusiasm for the life he has lived. And when he sings, he makes it sound as though it all happened to him."

And few people remember him better than his daughter, Nancy Sinatra.


Her home is a stone's throw from the one her father owned, on a street that now bears his name.

Palm Springs, said Nancy, was her father's favorite place in the world. "Whenever we would not be in Palm Springs he would say, 'When are we going home?'

"I never knew anyone, and I still don't know anyone else, who felt things as deeply and took things to heart the way he did."

And from the beginning, she says, her father -- an only child -- was no stranger to pain.

"He was a big baby," she said, "and they had to deliver him with forceps, which are, like, salad tongs, and cut his eardrum."

He had scars? "Oh yeah. He preferred always to be photographed from the right side, and not the left."

Not that a scar would hold him back. In a career spanning epochs, Sinatra was a superstar ... on the radio, at the movies, and in concert.

Seeing Sinatra live, said Nancy, was very different from hearing a recording: "It was very special, because the electricity in the room was so there. I mean, it was shocking. The minute he walked out on that stage, there was an audible (gasps)."


Rocca asked, "Was he amazed at his own success, or did he think, 'I knew this would happen'?"

Another of his biggest fans: Nancy's sister, Tina Sinatra, who helped turn a hall at the University of Southern California into an exhibit featuring all things Frank -- such as The Hat.

"He wore this definitely in the '50s and into the '60s," said Tina. "When you see a hat like this, you instantly think of him."

So what does she think were the ingredients of her father's success? "He had an appeal to both men and women," she said. "I think that men could identify with him. My mother always said, 'And women wanted to feed him' -- that's one way of putting it!"

That kind of attention was a constant in Sinatra's life. When bobbysoxers swooned for "Young Blue Eyes," they were swooning for a married man. He'd married the former Nancy Barbato in 1939; she gave him three kids.

But his private life was about to collide with his sweet-faced public persona. He'd leave Nancy in 1950 for screen siren Ava Gardner.

"My mom had one great love of her life, and that was my dad," said Nancy.

Rocca said, "She knew him before he was a superstar."

"And to this day she still loves and adores him," said Nancy. "I asked him once, if he had it to do again would he leave mom for Ava? And he said, 'No.'"

Sinatra was already in a big slump when his marriage to Gardner flamed out after two tempestuous years, leaving him devastated.

"I think he hit rock bottom pretty much at that period," said Nancy. "It was tough."

But Sinatra was about to pull off the greatest second act in showbiz history, with a major assist from Ava Gardner.

"She was a huge help to him, because she was an influence in getting the Maggio role in 'From Here to Eternity,'" said Nancy.

Gardner was pals with Columbia Pictures president Harry Cohn. "She even said to him, 'You know who should play Maggio, don't you? That son-of-a-bitch ex-husband of mine!'"

His famous death scene breathed new life into Sinatra's career. He earned an Oscar, then signed a one-year deal with a new label: Capitol Records.

In Capitol's Studio A, the man and his music merged. At the height of his powers, Sinatra channeled the agony of lost love as no one else could -- and you could hear it in his voice.

As his bandleader and arranger Nelson Riddle put it, "Ava taught him how to sing a torch song. She taught him the hard way."

Frank Sinatra Jr. had a front-row seat. For a time, he was his father's musical director.

"I think the magic word was truth," he said. "The common denominator under every equation was truth."

"When you were conducting with him, would you see him sort of really go deep into the song?" asked Rocca.

As the guy who knew how to swing -- and might very well take a swing at you -- Sinatra defined the limits of cool, on stage and off.

He was generous in other ways as well: Sinatra was, by all accounts, a great friend to politicians. He organized JFK's pre-Inaugural gala. And he was close to fellow performers, like "Rat Pack" members Dean Martin and Sammy Davis Jr.

But in 1960s America, there were things not even the Chairman of the Board could control.

"So sad. Sammy was part of the family," said Nancy. "And he suffered terribly at the hands of some of Dad's other friends, especially the Kennedys, people like that. They said, 'We don't want Sammy around,' because he had just married May Britt [a white Swedish woman], and they didn't appreciate that. So, it was kind of sad, you know, for Daddy, too. He's got one of his best friends that he would take a bullet for, and on the other hand he's got the President of the United States, his family, saying, 'No, you can't have him around. He can't come to the Inaugural.' So, it was a terrible time."

And throughout his life Sinatra was dogged by rumors of mob ties -- they were never proven, and they never seemed to matter much to his fans.

Rocca said, "I don't think in the history of television there is a sequence that matches the cool of your father singing with Antonio Carlos Jobim." (Watch the video by clicking on the player below.)

"Yeah. I love hearing that," said Tina. "Think abotu this: People write and say, 'My baby goes to sleep listening to him.' Well, that's 100 years after his birth."

"And that baby will grow up and hopefully that baby's grandkids -- "

In his day Frank Sinatra's life outside the studio sometimes loomed as large as his music, but 17 years after his death, there's no competition: it's the music that lives on.

"His voice is a huge constant in my life," said Nancy. "And I must tell you the truth -- if you've lost your father, literally lost him, you don't necessarily want to be reminded of that fact all the time. Because I know he's not here anymore. But, he is."