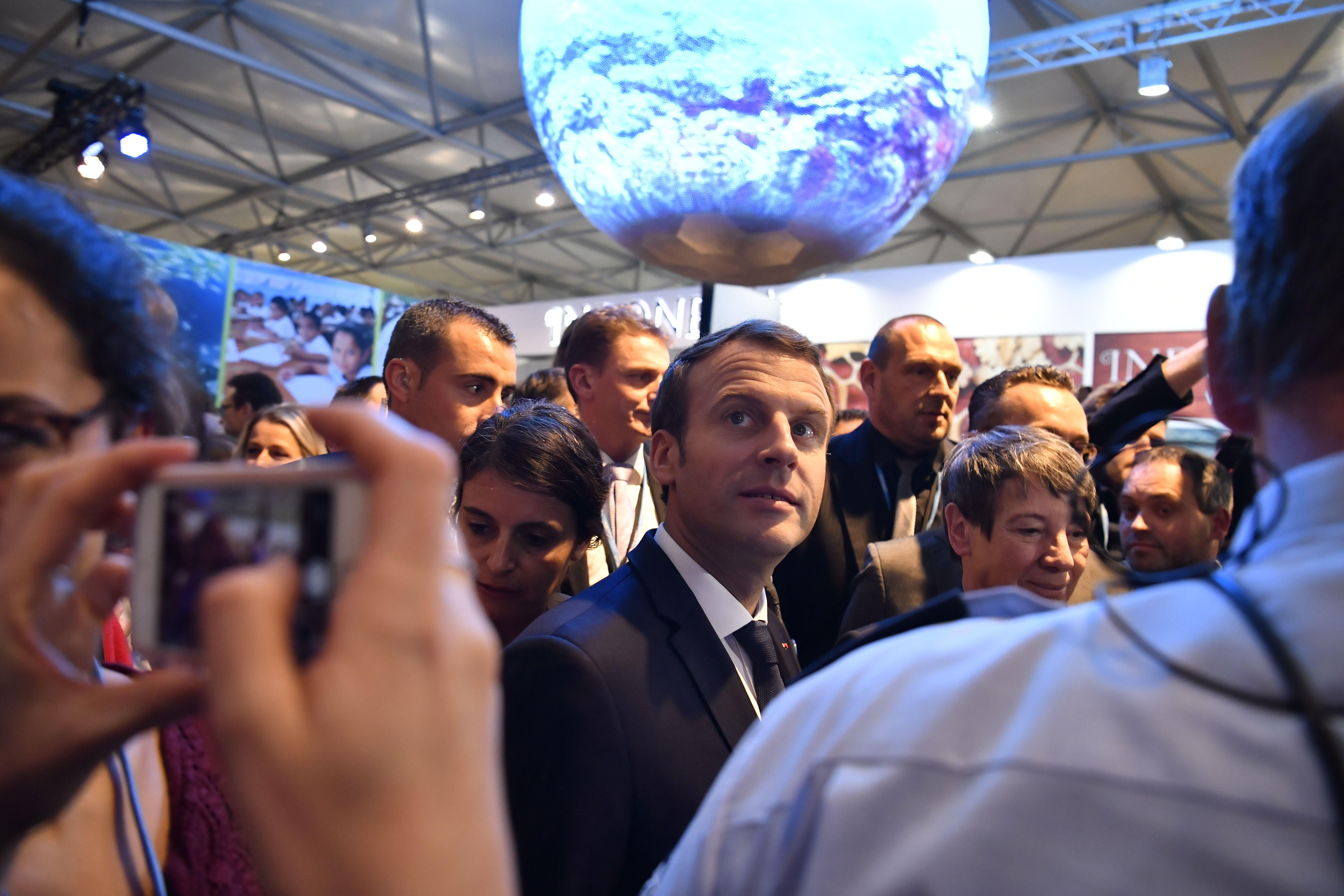 PARIS -- Several U.S.-based climate scientists are about to win multi-year, all-expenses-paid grants to relocate to France.

The "Make Our Planet Great Again" grants are an effort by French President Emmanuel Macron to counter U.S. President Donald Trump on the climate change front. Macron announced a competition for the grants hours after Mr. Trump declared he would withdraw the U.S. from the global accord reached in Paris in 2015 to reduce climate-damaging emissions.

Macron is unveiling the winners Monday evening ahead of a climate summit Tuesday aimed at giving new impetus to the Paris accord and finding new funding to help governments and businesses meet its goals.

More than 50 world leaders are expected in Paris for the "One Planet Summit," co-hosted by the U.N. and the World Bank. Mr. Trump is not attending.

Before he announces the grant winners, President Macron will sit down with "CBS Evening News" anchor Jeff Glor for his only American network television interview ahead of the One Planet Summit.

The interview will be broadcast Monday night on the show, which airs from 6:30-7 p.m. ET on the CBS Television Network. The "CBS Evening News with Jeff Glor" will also originate from Paris on Monday, with Glor anchoring from Élysée Palace.

The interview will also be featured Monday across CBSN, CBS News' 24/7 streaming news service, and on CBSNews.com. More of the interview will be broadcast Tuesday on "CBS This Morning" (7-9 a.m. ET).