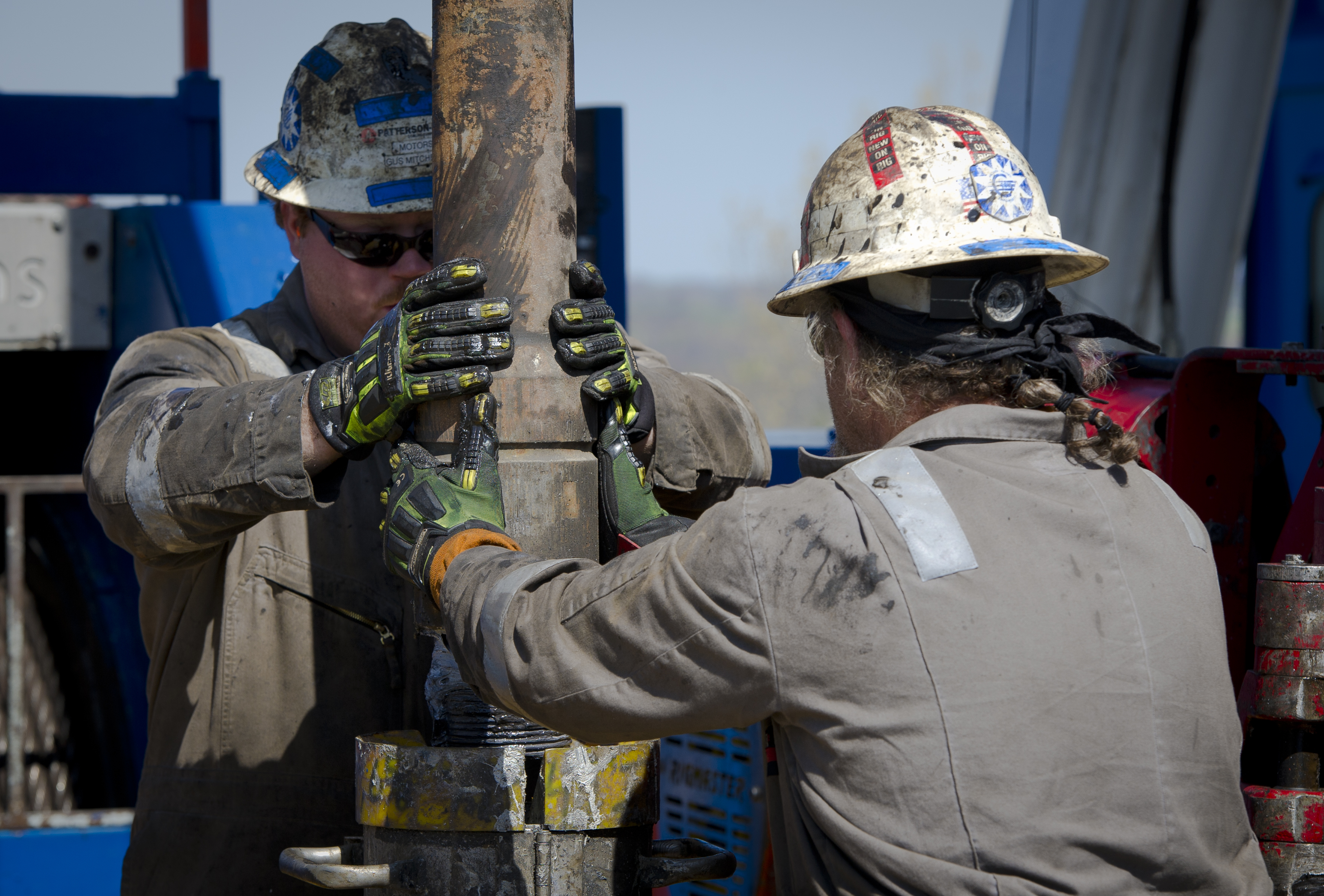 NORFOLK, Va. -- Over the objection of environmental groups and Virginia's governor, a federal management plan released Tuesday will allow a form of natural gas drilling known as fracking to occur in parts of the largest national forest on the East Coast.

The U.S. Forest Service originally planned to ban fracking in the 1.1 million-acre George Washington National Forest, but energy companies cried foul after a draft of the plan was released in 2011. It would have been the first outright ban on the practice in a national forest.

"We think we've ended up in a much better place, which is we are allowing oil and gas drilling," Robert Bonnie, the U.S. Department of Agriculture's undersecretary for natural resources and environment, told The Associated Press in a telephone interview.

"From a policy perspective, the Forest Service allows fracking on forest lands throughout the country. We didn't want to make a policy decision or change policy related to fracking. This decision is about where it's appropriate to do oil and gas leasing."

Land in national forests is commonly leased out for commercial and recreational purposes, such as mining, timber, and skiing. The plan also addresses timber acreage, wildlife habitat and waterways.

Under the new plan, which is subject to appeal, drilling will only be permitted on 167,000 acres where there are existing private mineral rights and on about 10,000 acres that are already leased to oil and gas companies. The leased acreage is in Highland County, while the private mineral rights are scattered throughout the forest. Many local government officials near the forest objected to allowing any drilling, and in September, Gov. Terry McAuliffe told the inaugural meeting of a climate change panel that he wouldn't allow fracking in the forest as long as he was governor.

Ken Arney, a regional manager for the U.S. Forest Service whose area includes the George Washington National Forest, had the final word on the plan.

It is the first time the management plan has been updated since 1993. Among other things, it eliminates the potential for oil and gas leases on 985,000 acres where it was previously allowed. Arney said local objections led to that decision. The forest is located in Virginia, although about 100,000 acres of it extend into West Virginia. Bonnie said energy companies could already have been drilling on the land they're leasing, but nobody has wanted to.

"The economic value of these reserves is very low. We've had very little interest on oil and gas on the forest," Bonnie said.

The decision was highly anticipated by environmentalists and the energy industry because about half the national forest sits atop the Marcellus shale formation. The formation is home to a vast deposit of natural gas running from upstate New York to West Virginia and yields more than $10 billion worth of gas annually. A sliver of the formation extends into northwest Virginia. The Forest Service said before any drilling in the forest occurs, additional environmental analysis and opportunities for public comment would occur.

Hydraulic fracturing, or fracking, is a drilling technique to extract oil and gas from the shale by injecting high-pressure mixtures of water, sand or gravel, and chemicals.

Environmental groups fear the drilling would pollute mountain streams that directly provide drinking water to about 260,000 people in the Shenandoah Valley. Another 2.7 million people in Northern Virginia and Washington rely upon the forest for a portion of their water supply.

Brenna Norton, a member of Californians Against Fracking, says a major worry is that fracking require large volumes of water, which could end up permanently polluted with toxic chemicals.

"In this time of drought, our water is just too precious," Norton told CBS Los Angeles. "We can't have two million gallons of day that can never reenter the water cycle."

An industry group, The American Petroleum Institute, has said hydraulic fracturing can be done safely and that the drilling poses no risk to groundwater. The science on the impact of fracking has not been conclusive.

Besides fears that drilling and its waste would foul pristine mountain streams, opponents have also argued that the trucks, wells and other infrastructure that would come with gas drilling are incompatible with the forest's primary attractions of hiking, fishing, hunting, camping, tourism and its abundant wildlife. The forest includes a section of the Appalachian Trail and attracts more than 1 million visitors annually.

It is also home to the headwaters of the James and Potomac rivers, which feed into the Chesapeake Bay. The estuary is amid a multibillion-dollar, multistate restoration directed by the Environmental Protection Agency.