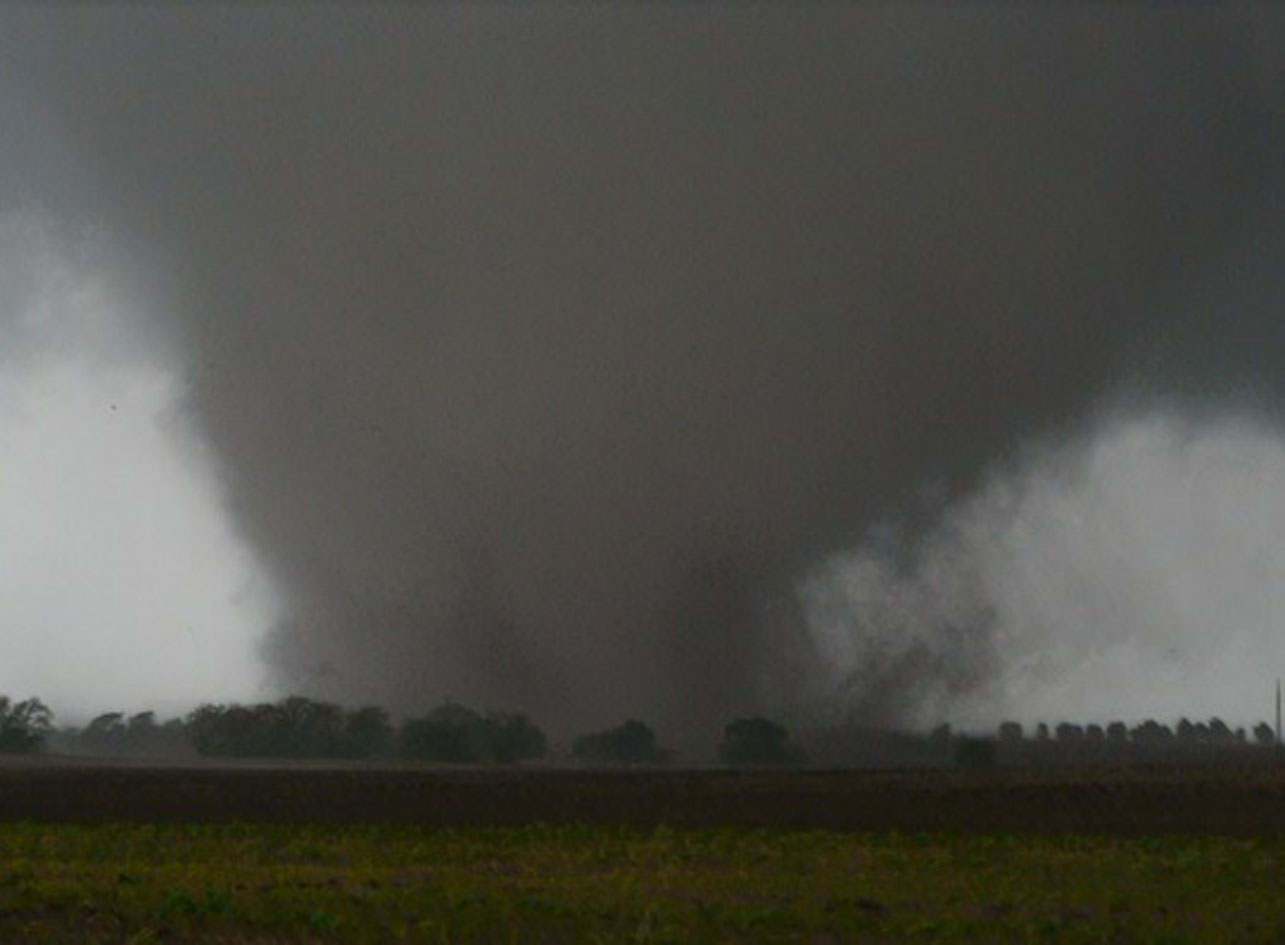 The start of spring brings blooming flowers, balmier temperatures and something else not so pleasant: the threat of tornadoes.

Tornadoes are some of the toughest weather Mother Nature can dish out, often appearing with little warning and possessing strong winds that can cause serious damage.

Some 1,200 tornadoes touch down across the United States each year, most commonly in the spring months, a transition time when unsettled weather is more likely to occur. [50 Amazing Tornado Facts]

Even if you don't live in Tornado Alley, you could experience a tornado, and preparation and understanding your risk is key. Here are four things you need to know about tornadoes and tornado season:

1. Tornadoes can happen anywhere, any time of year.

In the popular imagination, tornadoes are associated with the wheat fields and prairies of Kansas and the other Great Plains states, what is popularly called Tornado Alley but tornadoes happen outside this area every year and, in fact, they can happen all over the world.

Twisters aren't as well documented in other parts of the world as they are in the United States and are typically only noted when they cause significant damage or happen to be caught on camera, according to the U.S. Storm Prediction Center (SPC), part of the National Oceanic and Atmospheric Administration (NOAA). But the data that is available suggests that outside of the United States, other tornado-prone areas include Canada's prairie provinces, northeastern Mexico, northern Argentina, southern Brazil, Britain, Bangladesh and parts of southern Russia, according to the SPC.

The United States is essentially the world capital of tornadoes because of a fluke of geography. The worst tornadoes form from so-called supercell thunderstorms when warm, moist air is trapped underneath cool, dry air and when winds high up travel in a different direction than those at ground level. This setup is common over the central United States in spring when warm Gulf air meets cold Arctic air and the jet stream dips back down over the country after its winter sojourn up north.

What can happen in these storms is that rising warm air hits that change in wind direction and begins to rotate like a pinwheel. The heat continues to build underneath the pinwheel until it punches through this "cap" and turns the pinwheel on its side, creating a mass of rotating clouds called a mesocyclone that can spawn a tornado (though they don't always, and scientists aren't sure why).

While the peak time for tornadoes tends to be in the spring, there is no defined tornado season like there is for hurricanes. The peak in tornado formation in the United States tends to shift from south to north from the late spring to midsummer, according to the SPC.

A so-called second tornado season typically ramps up in November, again because of the transitional weather common in the fall. But tornadoes have happened in every month of the calendar.

Tornadoes can also happen at all times of the day.Storms tend to sweep from west to east across the country, which makes the time that tornadoes occur in particular areas vary. Areas nearer the Rockies are less likely to see the late afternoon and early evening tornadoes that are more common in the East. Research has found that nighttime tornadoes are twice as likely to kill people as daytime tornadoes, largely because people are asleep and may not hear weather radios or sirens. The threat of nighttime tornadoes increases in the winter as daylight hours shrink, and the mid-South leads the nation in experiencing nocturnal twisters.

Hurricanes and tropical storms can produce tornadoes when they form in the summer and fall months, typically in the thunderstorms in their outer bands. The circulations that produce them are often smaller and shorter-lived than in the storms on the Great Plains and so are harder to detect and to warn for, though the tornadoes they spawn can be just as dangerous.

2. The difference between tornado watches and warnings.

This trips a lot of people up, but the difference is pretty simple: A tornado watch is issued by the National Weather Service when weather in a particular area could produce tornadoes (often this means thunderstorms are in the area). But it doesn't mean tornadoes will definitely occur, it just means you need to be alert and paying attention to weather updates.

If you're under a tornado warning, it means that a tornado has been spotted on the ground in your area or that the storm circulation seen on Doppler radar could produce a tornado. Now is the time to seek shelter. It's entirely possible that the tornado will miss you or that one won't form, but it's best to be safe.

To boil that down: If there's a tornado watch, be watching the weather. When there's a warning, that's your warning to take shelter.

3. Don't open your windows. Or shelter under an overpass.

There are a lot of tornado safety myths out there, and many of them can put you in danger instead of making you safer. Here's what you need to know:

Opening your windows doesn't help, it just makes it more likely debris will fly through them into your house. Sheltering under a bridge or overpass if you're on the road is very dangerous, as a tornado's winds could blow you out from underneath or the structure could collapse on top of you. No topographic features or the fact that you're in a big city are barriers against a tornado strike, as plenty of big cities have been hit in the past and likely will be again in the future. [5 Tornado Myths Busted]

If you're under a tornado warning, or see a tornado near you, and you're in a building, you want to get away from any windows and any shelves or other things that could fall on you. Basements and cellars are good places to take shelter, but if you don't have either, an interior space on the lowest floor of the structure is probably your best bet. Bathtubs can also provide shelter and covering yourself with a mattress is a good tip.

Again, unlike with hurricane season, there's no forecast for the whole of tornado season, though various large-scale atmospheric patterns, such as the El Nino-La Nina cycle, can affect how a tornado season plays out. Tornado season starts roughly in March and is at its most active from May to June, but plenty of tornado outbreaks buck that pattern.

While some tornado seasons start out busy, they can peter out, like the 2012 season did. Atmospheric patterns last year put the jet stream farther north than it might typically sit in spring. This meant that the air on its southern side wasn't as laden with Gulf moisture and tamped down the tornadic fireworks.

Climatologists can look at the likely atmospheric patterns that will come into play in a given spring to deduce whether it might be a blockbuster year or a quiet one, but individual tornadoes are just too small to be able to predict far in advance.

Effectively, forecasters can only say when and where a given storm system is likely to produce tornadoes with the next few days or hours, then watch for signs of them on radar or for spotters to see one on the ground and send a warning that generally only amounts to a few minutes. But those few minutes can be crucial. So if you're under a tornado warning, pay it heed.