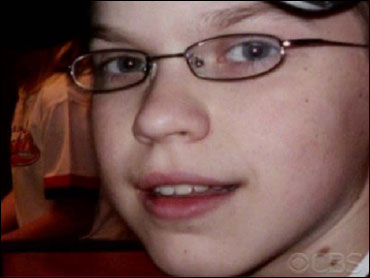 After Ajay Powell quit smoking and decided to run the Honolulu Marathon in 2001, she created a Web site to track her progress, updating it weekly with photographs and tallies of her training miles.

Powell updated it again the following year when she entered a seven-day, 585-mile bike ride from San Francisco to Los Angeles. But the site has nothing on her results in that ride or any other endurance events Powell has since tackled.

Her site remains frozen in time.

Despite the Internet's ability to deliver information quickly and frequently, the World Wide Web is littered with deadwood — sites abandoned and woefully out of date.

Like many others who enthusiastically start Web sites and Web journals known as blogs, Powell lost interest. The Internet's novelty wore off.

"It was 100 percent the first two or three months of my training for the marathon, then I started to get resentful at having to put these pictures up," said Powell, who lives in Stockton, Calif. "It got increasingly tedious to keep up. I just let that thing go to pot."

One study of 3,634 blogs found that two-thirds had not been updated for at least two months and a quarter not since Day One.

"Some would say, `I'm going to be too busy but I'll get back to it,' but never did," said Jeffrey Henning, chief technology officer with Perseus Development Corp., the research company that did the study. "Most just kind of stopped."

Other sites die because an event came and went — political campaigns end, the new millennium arrived without computer-generated catastrophe.

The Year 2000 site for Massachusetts still urges citizens to stock up on supplies and withdraw money in case cash machines and credit cards fail. Igor Sidorkin's personal collection of Y2K software fixes gets 30 or so visitors daily — mostly to download patches they should have installed four years ago.

Cliff Kurtzman kept his Year2000.com site up for two years past the turnover, with a note acknowledging that the information could be old. But even abandoned sites deserve a burial at some point.

"There was so much on it that was out of date, and links that didn't work and everything," he said. "It looked bad to have things up there with so many things not working or making sense anymore."

Kurtzman, who uses the site now to promote a newsletter on business and innovation, knows the troubles abandoned sites like his can pose. He'll find a site he likes, only to learn later the information is old.

"Having extra junk out there just makes the process of searching for good stuff even harder," Kurtzman said.

"I do hear pretty frequently not so much that there's deadwood, but that sites go away without a trace," Jones said.

Many sites cost money to maintain. Unless they use a free service like Geocities or have a friend willing to lend space, developers of Web sites must pay fees for Web hosting and domain names.

Few are like Alan Porter and Anand Ranganathan, willing to pay $14 a year to keep the domain name Votexchange2000.com, which in 2000 let users in one state trade their vote for president to someone in another state. The site runs off a computer under Ranganathan's desk at work.

Porter said they are keeping it around as a historical artifact, though that can't last forever as technology changes. Parts of the site, for instance, won't work with newer browsers.

But neglect is a more common reason that sites linger past their prime.

The mayor of Seaside, Ore., Don Larson, remains a candidate on his campaign Web site, though he won last year's election. The site's designers hadn't gotten around to updating it, though after being contacted by The Associated Press, "please vote" was quietly removed.

Management of the Computer Coalition for Responsible Exports changed hands early this year and updating the Web site remains on the new organizers' "to do" list. In the meantime, you can view press releases through March 7, 2002.

A fan site for the TV show "Melrose Place" also remains static. Though the site promises "new additions" beyond the final episode, its home page proudly announces, "News Last Updated 05/24/99" — the date of the finale.

And a site recording Debbie Busler's six-continent, 26-country tour last year has yet to leave the Americas. Though she returned home 13 months ago, she remains at country No. 4 online.

Her brother and webmaster, Marty, ran into time-consuming technical troubles and vows to finish the job — one day.

"She had a lot of tips that were pretty good for people traveling around the world, even specific hotels, what to do, what she would have skipped," he said. "I would love to finish it."