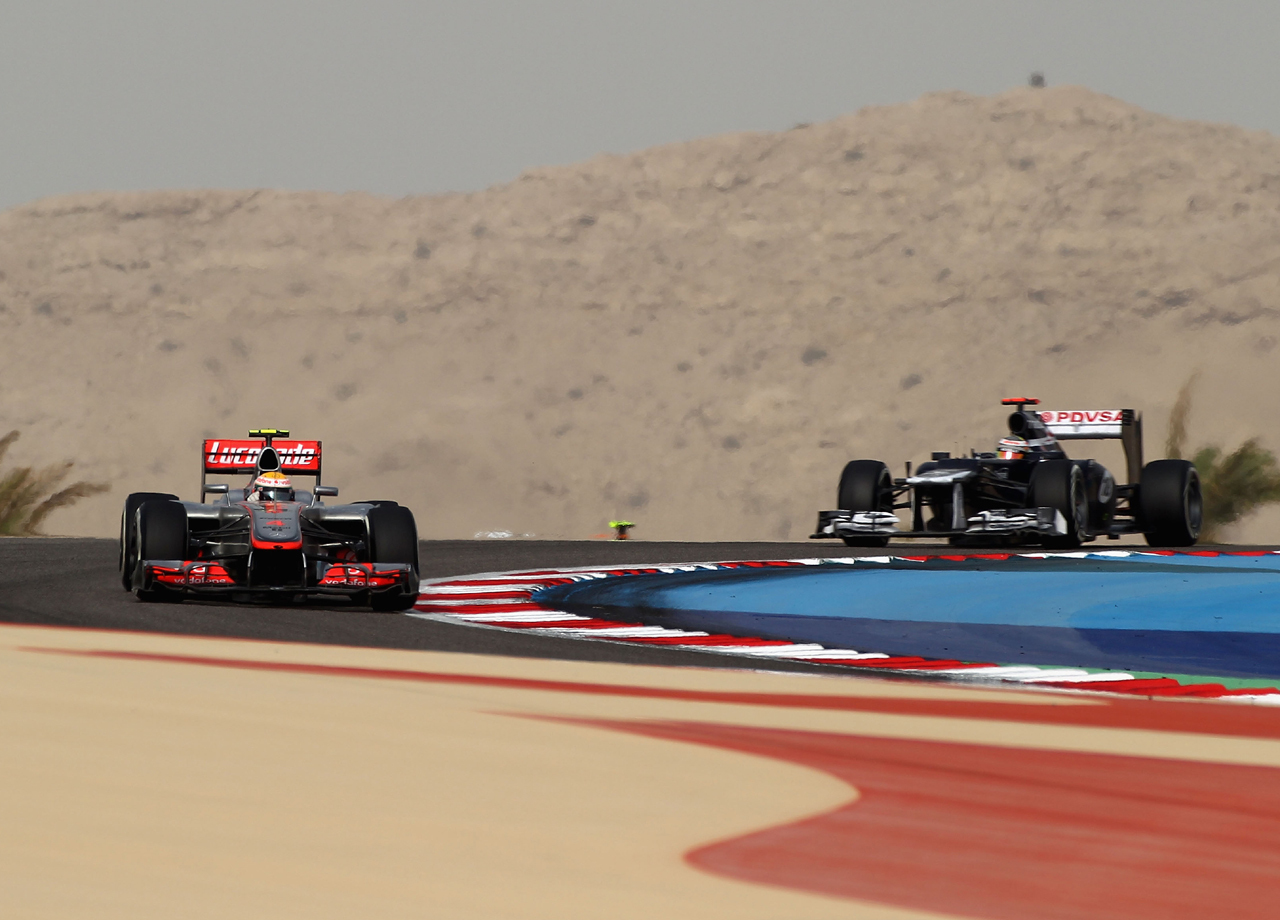 The contrasts put the Gulf kingdom's divisions in stark relief: The Sunni rulers basking in the F1 glamor at the desert circuit while security forces imposed lockdown tactics against Shiite neighborhoods at the heart of the more than 14-month-old uprising.

The heavy security appeared to choke off the large-scale demonstrations of recent days that have embarrassed Bahrain's Western-backed monarchy, which lobbied hard for the race's return as a symbol of stability. Smaller clashes, meanwhile, flared in some areas with police firing tear gas and stun grenades.

But the presence of the race itself — canceled last year because of unrest — raised questions among rights groups and others about Western tolerance for Bahrain's crackdowns and whether F1 organizers overlooked the island nation's political upheavals in favor of their close ties with Bahrain's rulers.

In many ways, Bahrain remains the outlier of the Arab Spring.

Its ruling dynasty has been spared serious pressures from Western allies because of its strategic role as home of the U.S. Navy's 5th Fleet — the Pentagon's main regional counterweight against Iran — and its extremely close bonds with neighboring Saudi Arabia, which now keeps troops in Bahrain.

Bahrain's Sunni rulers also have framed the fight as a pro-Western stand against Iranian influence. They claim Shiite giant Iran is pulling the strings with Bahrain's majority Shiites. They account for about 70 percent of Bahrain's more than half million citizens but are mostly excluded from positions of power.

No clear evidence has emerged of a nexus between Tehran and Bahrain's Shiites. But it's become part of the wider policy considerations that keep the U.S. and Western allies from any clear breaks with Bahrain's leadership despite its crackdowns. Leading Shiite activists have been given life sentences for their role in the protest movement, and one is on a more than two-month long hunger strike.

At least 50 people have been killed since unrest erupted in Bahrain in February 2011 with Shiites seeking a greater political voice. Opposition groups claim the latest death occurred in clashes in the build-up to the race.

The unrest has remained far from the Formula One's desert circuit about 35 kilometers (20 miles) southwest of the capital Manama. However, there were unmistakable signs of unease: Grandstands were far from full, and the route to the track was watched over by battle-ready forces.

Hours after the race — won by two-time world champion Sebastian Vettel — riot police fired tear gas and stun grenades in central Manama as hundreds of protesters tried to skirt security cordons around Pearl Square, the hub of the uprising in its early weeks. It is now heavily guarded and ringed by razor wire.

As the F1 teams were leaving the track, clouds of black smoke rose over predominantly Shiite villages nearby from apparent tire fires used as a protest symbol.

Britain's Channel 4 News said Sunday its foreign affairs correspondent Jonathan Miller and the rest of his reporting team have been arrested in Bahrain. Miller and his co-workers were working in Bahrain without proper accreditation. The station said many other Western journalists covering the unrest surrounding the Grand Prix had been denied journalist visas. Channel 4 said it was working for release of its reporters.

Crown Prince Salman bin Hamad Al Khalifa, who owns the rights to the grand prix, told Bahrain's Al Watan newspaper that it served to bring Shiites and Sunnis closer by "constructing bridges of love and fraternity."

But chants on the streets of some Shiite neighborhoods called it a "blood sport" and cried: "No to F1!"

On Saturday, opposition groups claimed a man — 36-year-old Salah Abbas Habib Musa — was killed by riot police and his body left on a rooftop. The Interior Ministry said the death is being treated as a "homicide" and promised an investigation, but have given few other details.

Race drivers have mostly kept quiet about the controversy surrounding the Bahrain Grand Prix. Asked about Musa's death after taking pole position in Saturday's qualifier, Vettel said: "I think it's always dreadful if someone dies."

The hacker group Anonymous, which last week took down the official Formula One website in protest over the race, on Sunday posted what it said was personal data about dozens of race ticket holders stolen from Formula One servers.

The spectator information was partially redacted before being posted. It included customers' last names, and partial phone numbers and email addresses. The authenticity of the information could not immediately be verified.

In a statement posted online, the hacker group threatened further attacks should any harm come to hunger strike Abdulhadi al-Khawaja or his family, saying, "Anonymous will respond with fury and rage the likes of which have never been seen."

The group criticized the Bahraini government for what it said was "an attempt to conceal the oppression it is committing against its own people." It also blasted Formula One for supporting the government's hosting of the race, saying revenues generated are being used to buy tear gas and ammunition used against demonstrators.

Anonymous last week took responsibility for a denial-of-service attack against the official Formula One website and another site, F1-racers.net.

Denial-of-service attacks work by flooding a website with traffic.

As the race got under way, the official Formula One site was operating as normal. However, the content of F1-racers.net was replaced with a video clip showing footage of Bahraini police clashing with protesters and an apparently new message that included Sunday's date and the list of hacked ticket information.

Bahrain was the first Middle Eastern country to welcome F1 in 2004. Members of the ruling Al Khalifa dynasty are huge fans of the sport and the country's sovereign wealth fund, Mumtalakat, owns 50 percent of leading team McLaren.

The rulers billed the F1 race as an event that will put the divided society on the path of reconciliation. They vowed zero tolerance for unrest and repeatedly warned the opposition against sabotaging Bahrain's racing weekend, which generally draws thousands of spectators to the island and millions of television viewers. 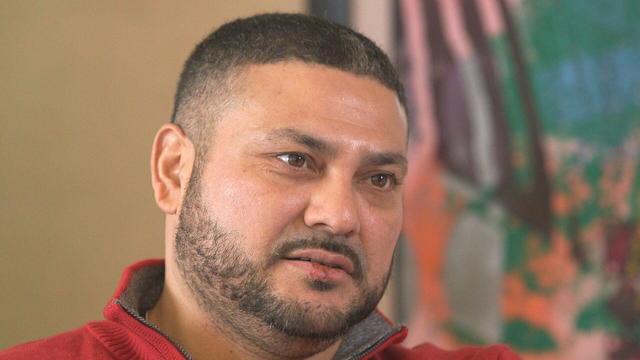