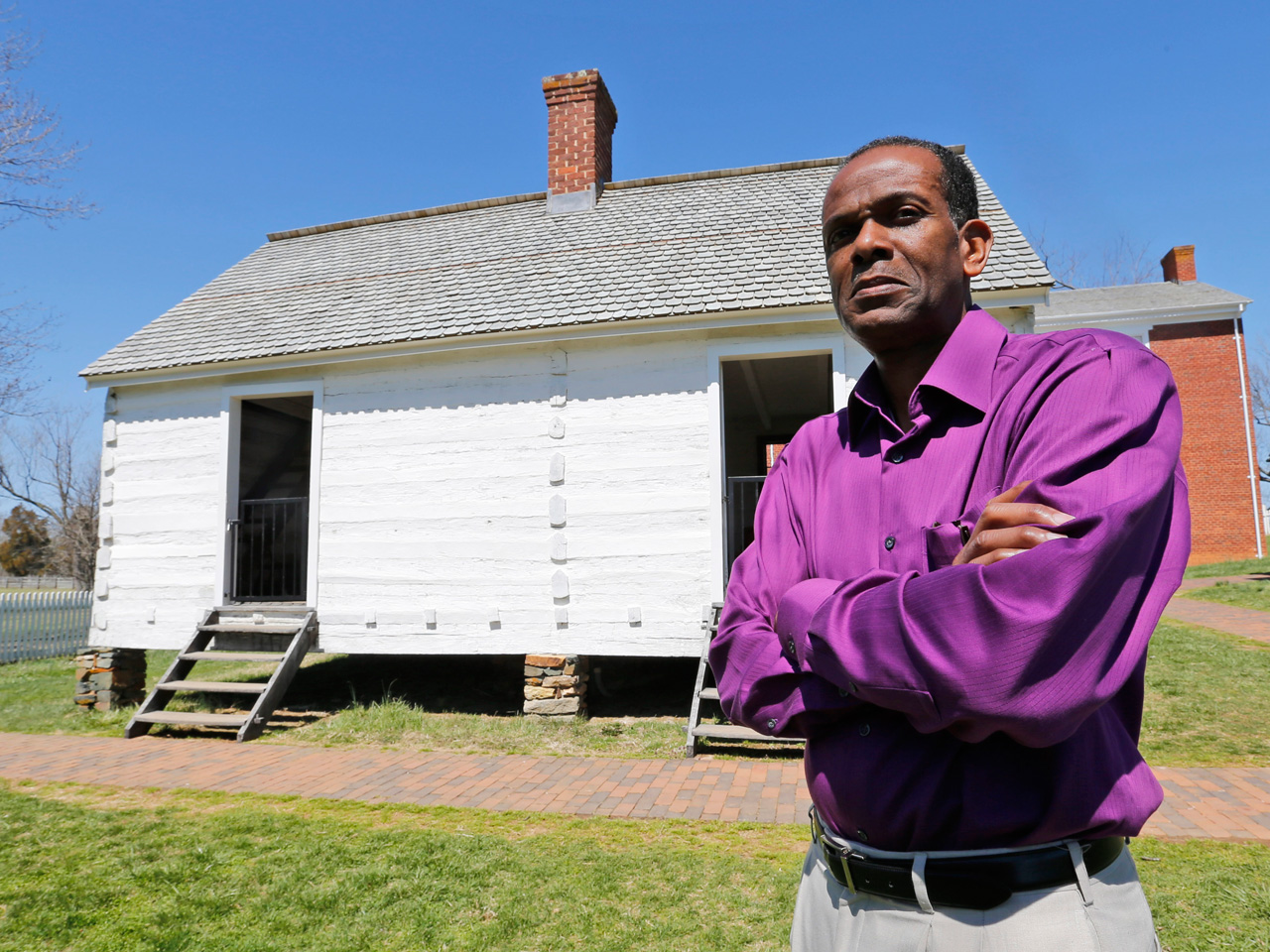 APPOMATTOX, Va. - A Civil War cannonball that ripped through Hannah Reynolds' master's cabin made her a footnote of misfortune, the lone civilian death at the Battle of Appomattox Court House. She died a slave at 60, hours before the war to end slavery unofficially came to a close.

A century and a half later, Reynolds' story is being rewritten: Newly discovered records show that she lingered for several days - long enough to have died a free woman.

This new historical narrative has made Reynolds, along with Confederate General Robert E. Lee and Union Gen. Ulysses Grant, one of the central figures in commemorative activities marking Lee's surrender at Appomattox, Virginia, starting Wednesday. Friday night, a eulogy in period language will be delivered over a plain wooden coffin representing Reynolds' remains, a 100-member gospel choir will sing spirituals and 4,600 candles will be lit to represent the slaves in Appomattox County who were emancipated by Lee's surrender to Grant, his Union counterpart.

The Reynolds story has also inspired some soul searching in this rural county in Virginia's tobacco belt where black and white students were taught in separate schools more than a century after Lee's farmhouse surrender and where discussions of race are approached delicately, if not at all.

"It's hard to bring up. It's even harder to get an honest and open discussion of it," said Joseph Servis, an advanced placement U.S. history teacher at Appomattox High School. His students wrote essays drawing on their own experiences, black and white, with race.

"To me, this is what history should be," Servis said. "To challenge yourself and be a little uncomfortable and ask yourself questions you might not like the answers to."

For some students, their experiences were all too familiar.

Melody Burke, 16, wrote of how another teacher questioned whether she was up to the class work. She was the only black student in the class and the only one who was questioned, she said.

It only strengthened her resolve, she said, to "prove to her you really don't know me and you can't judge a book by its cover."

Students also visited the school-turned-museum where black students were educated, attended a panel discussion featuring students who attended classes there to learn of their experiences, and discussed the era of segregation with their elders.

Pastor Alfred L. Jones III remembers student unease about race issues when he taught history at Appomattox High. Now retired, he's a genealogist who brought the Reynolds story to life and has worked with others in this county of 15,000 to make the legacy of the Civil War relevant through the Civil Rights movement and beyond.

The Reynolds story, he says, was "hidden in plain sight."

Reynolds was left by her masters, Dr. Samuel Coleman and his wife, Amanda Abbitt Coleman, in their home as Union and Confederate armies headed to the fateful Battle of Appomattox Court House. It would be the final battle before Lee's Army of Northern Virginia surrendered on April 9, 1865, effectively ending the war.

During the fighting, a Union cannonball blasted through the Coleman house, striking Reynolds and leaving a horrific wound. Two white men, a Union doctor and chaplain from Maine, looked over her in her final hours.

"Her arm was very large and fleshy and a concave wound was made corresponding to the size and shape of the ball," wrote J.E.M. Wright, a chaplain with the 8th Maine Infantry. The Mainers tended to Reynolds and her grieving husband, Abram Reynolds.

"I think the Park Service always assumed, you took an artillery shell on April 9, you probably died that day," said Ernie Price, the director of education and visitors services at Appomattox Court House National Historical Park. He has worked closely with local organizers on the Reynolds funeral.

The Park Service has since the war's centennial strived to move away from battles to interpret "the war and its meanings and its legacies," Price said.

Jones worked for months seeking out the thin paper trail left by Reynolds. The breakthrough was finding Reynolds listed on a death registry in a public library in Lynchburg with a genealogical center.

"That was just like I struck gold," he said of the document that listed the date of her death as April 12, 1865 - not three days earlier, as was long believed.

In a rare gesture by a slaveholder, Reynolds' death was reported by Dr. Coleman, who listed himself as "former owner."

"I think he realized the historical significance of that," Jones said. "Obviously it meant something to him."

Jones would like to believe Reynolds regained consciousness over those final days to realize she would die a free person.