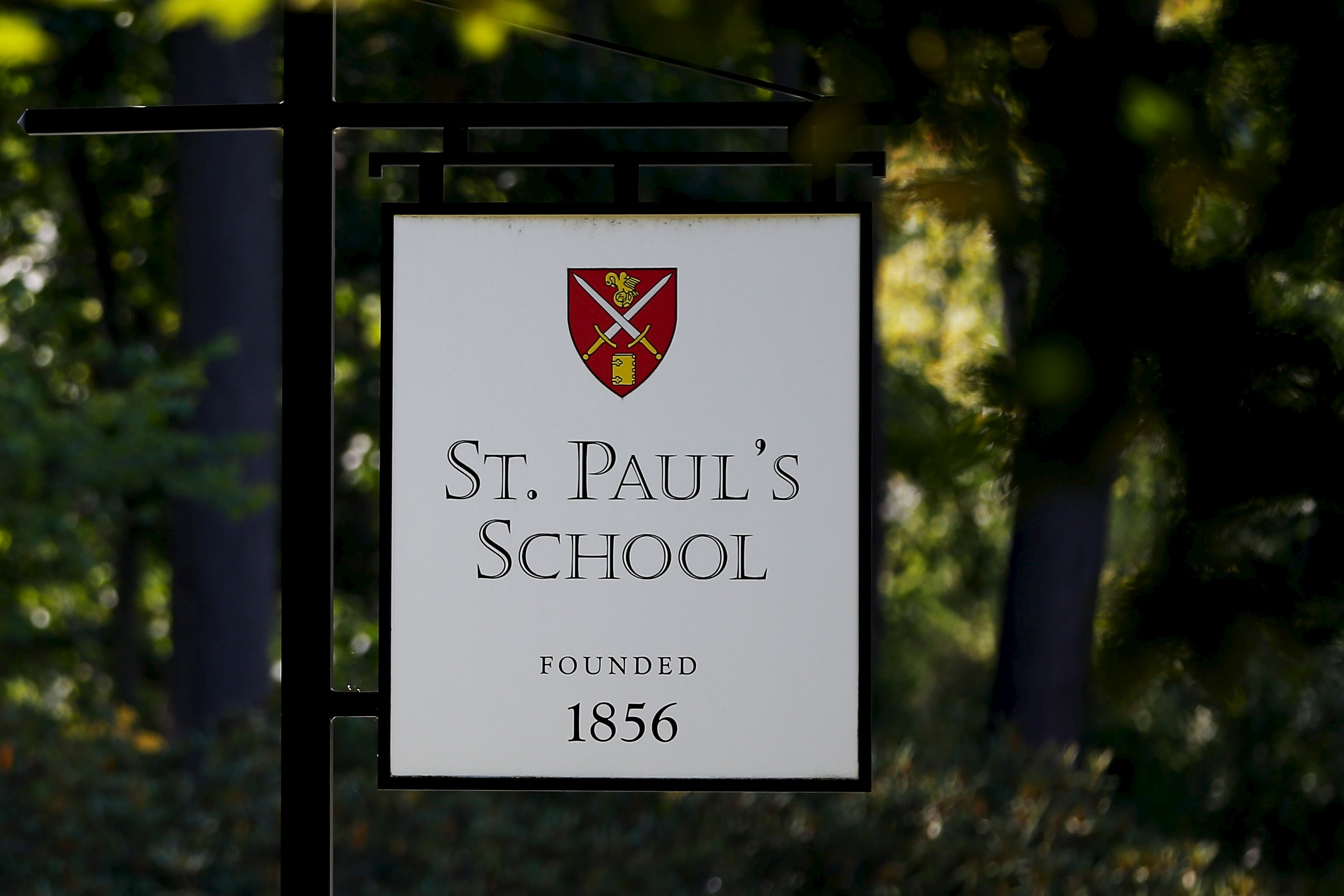 A former New Hampshire boarding school student says in a lawsuit the school violated her civil rights by failing to protect her from sexual assault in a "hypersexualized environment" where older students scored points for having sex with younger ones. The lawsuit, filed Friday in federal court in Concord, New Hampshire, claims officials at St. Paul's School failed to report the sexual assault of a freshman during the 2012-13 school year. The student said she was forced to leave the school following bullying and retaliation.

The president of the school's board of trustees, Archibald Cox, said the school plans to cooperate with police and the state attorney general to investigate the matter.

"We take these allegations very seriously, but do not know whether they are accurate or not," Cox said in a letter to the school community. "In my experience this administration has taken all reporting obligations seriously and has fulfilled them."

The lawsuit was filed on behalf of a Jane Doe, a former student who was 13 years old when she enrolled in 2012 and now lives in Maryland. It demands a trial and damages for severe emotional distress.

"From the time she arrived on campus, Ms. Doe experienced unwelcome sexual advances from some male students who were emboldened by formal and informal 'tradition' at the school," the lawsuit says. "Unbeknownst to Ms. Doe, older boys started to sexually target her the moment she set foot on campus."

In January, the school settled a lawsuit with another former student who said it failed to protect her from being sexually assaulted.

Chessy Prout was a 15-year-old freshman at St. Paul's in 2014 when she accused 18-year-old then-student Owen Labrie of assaulting her as part of Senior Salute, a competition among upperclassman seeking to have sex with younger students. Prout's parents sued in 2016, shortly after Labrie was convicted of sexual assault, child endangerment and using a computer to lure her for sex.

Prout, now 19, said this year that what began as an effort to speak up for herself in her case against Labrie grew into "standing up against a 162-year-old institution with a secret history of rape and cover-up." She said she wrote a book, "I Have The Right To: A High School Survivor's Story of Sexual Assault, Justice, and Hope," in a bid to reclaim her name.

The prep academy has denied that it could have prevented the assault and that it had a culture of sexual assault, but it said the case has led to positive changes on campus.

This month, two alumni from the 1970s filed a complaint against the school alleging they were sexually assaulted as students by former faculty members. Cox said the school was "truly sorry" for their pain "and for any failure of the school to protect them."

Most of the former staffers in the complaint were named last year in an investigation conducted by the school into its history of sexual abuse dating to 1947. The school reported allegations against 18 former staffers and shared its findings with the attorney general's office.

The Associated Press does not typically identify people who say they are victims of sexual assault unless they grant permission, as Prout has done.

Labrie, of Tunbridge, Vermont, is appealing his conviction.