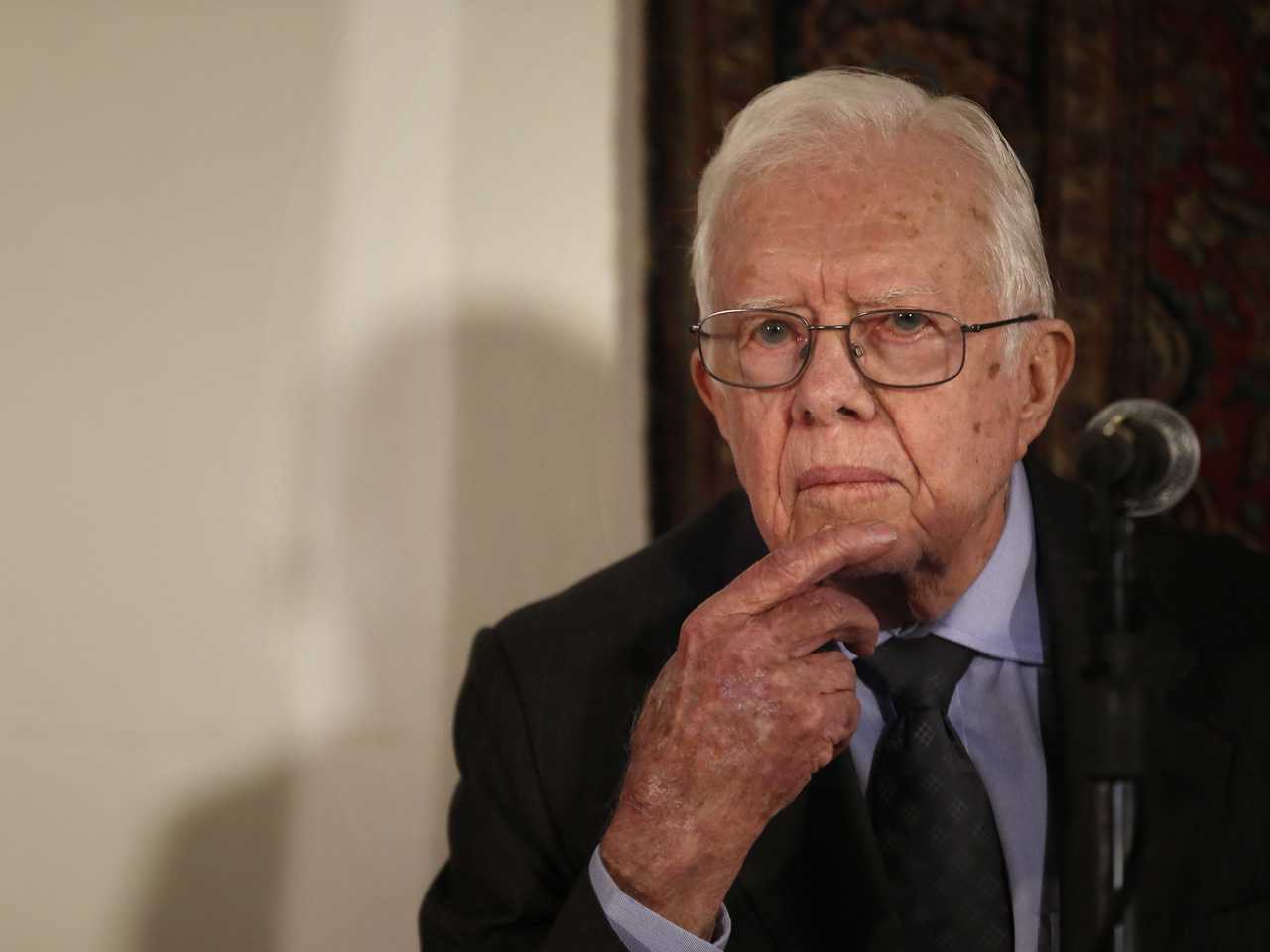 Former President Jimmy Carter said Wednesday that he has cancer and will be undergoing treatment in Atlanta.

"Recent liver surgery revealed that I have cancer that now is in other parts of my body. I will be rearranging my schedule as necessary so I can undergo treatment by physicians at Emory Healthcare. A more complete public statement will be made when facts are known, possibly next week," the former president said in a statement through his foundation, The Carter Center.

He had surgery earlier this month to remove a small mass in his liver at Emory University Hospital in a procedure that his spokeswoman, Deanna Congileo, said was "elective." At the time, she said, "prognosis is excellent for a full recovery."

CBS News' chief medical correspondent Dr. Jon LaPook noted that Carter has a strong history of pancreatic cancer. His three siblings and father died from it.

LaPook reports that one study found that people with three or more close relatives with pancreatic cancer had a 57 times increased chance of getting it themselves. But it could come from anywhere, and there needs to be more information before a prognosis can be discussed in Carter's case.

Carter, who is 90, was the 39th president of the United States and the nation's second-oldest living president. Since he left the Oval Office, he established the Carter Foundation and has traveled the world working on issues like healthcare and global democracy.

Carter is also a Nobel Peace Prize winner, humanitarian and a former peanut farmer. Last month, at age 90, with 12 grandchildren and 10 great-grandchildren, he released his memoir, "A Full Life: Reflections at 90." Carter reflected on his life in an installment of the Emmy-nominated series, "Note to Self." The touching letter he wrote to his 12-year-old self gained much attention.

In part, he wrote:

"You will get to know some great people, who personify these high ideals in tangible ways. Some of them will be quite famous, and others will be known just to their own immediate neighbors. Form as close a friendship with them as possible, and learn from their example.

You'll face many challenges through out your life, but don't worry. So many people will want to help you along the way."

He recently finished the book tour to promote "A Full Life: Reflections at 90." He has written more than 20 books since leaving office. (CBSNews.com and Simon & Schuster are both part of the CBS Corporation)

President Obama wished Carter a "fast and full recovery" in a statement.

"Our thoughts and prayers are with Rosalynn and the entire Carter family as they face this challenge with the same grace and determination that they have shown so many times before," he added, "Jimmy, you're as resilient as they come, and along with the rest of America, we are rooting for you."