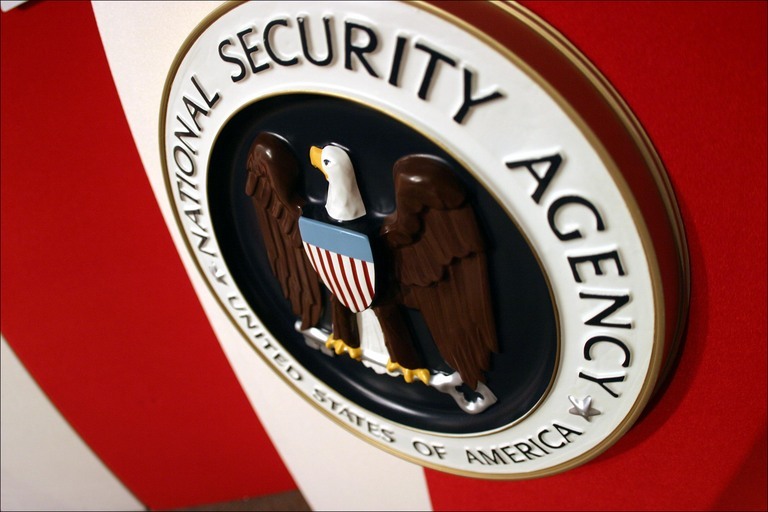 WASHINGTON A former federal judge who served on a secret court overseeing the National Security Agency's secret surveillance programs denied Tuesday that the judges act as "rubber stamps." But James Robertson said the system is flawed because of its failure to allow legal adversaries to question the government's actions.

"Anyone who has been a judge will tell you a judge needs to hear both sides of a case," Robertson, a former federal district judge based in Washington who served on the secret Foreign Intelligence Surveillance Court, said during a hearing of the federal oversight board directed by President Barack Obama to scrutinize government spying.

Robertson questioned whether the secret FISA court should play the role of providing legal approval for the surveillance programs, saying the court "has turned into something like an administrative agency."

Much of the NSA's surveillance is overseen by the FISA court, which meets in secret and renders rulings that are classified. Many of these rulings also likely been disclosed by Edward Snowden, the NSA systems analyst who leaked significant information about the spying program. After Snowden began exposing the NSA's operations in June, Obama instructed the board to lead a "national conversation" about the secret programs. The board has been given several secret briefings by national security officials and it plans a comprehensive inquiry and a public report on the matter.

The board's chairman, David Medine, had told The Associated Press in advance of Tuesday's hearing that "our primary focus will be on the programs themselves. Based on what we've learned so far, further questions are warranted."

Robertson, who said he asked to join the FISA court "to see what it was up to," had previously played a central role in national security law. Robertson was the judge who ruled against the Bush administration in the landmark Hamdan vs. Rumsfeld case, which granted inmates at the U.S. naval prison at Guantanamo Bay, Cuba, the right to challenge their detentions. That ruling was upheld by the Supreme Court in 2006.

Robertson said Tuesday that FISA court judges have been scrupulous in pushing back at times against the government, repeatedly sending back flawed warrants. But he warned that Congress' 2008 reform of the FISA system expanded the government's authority by forcing the court to approve entire surveillance systems, not just surveillance warrants, as it previously handled. Robertson said the system needed the presence of a legal adversary to act as a check on the government's programs.

"This process needs an adversary," Robertson said, suggesting that the oversight board itself might play that role in the secret legal setting.

The board heard Tuesday from civil liberties activists and former Bush administration lawyers in its first public event since the spying operations were revealed in news reports.

American Civil Liberties Union Deputy Legal Director Jameel Jaffer warned the oversight board that the government's massive sweeps of cellphone and telephone call logs and other data on phone and Internet communications erode privacy protections guaranteed by the Fourth Amendment to the Constitution. The amendment protects against unreasonable search and seizure.

Snowden's disclosures revealed that the NSA collects phone "metadata" - records that omitted only the actual contents of conversations - from millions of Americans. A separate NSA surveillance program aimed solely at foreign terrorist suspects also sweeps up metadata about the Internet communications from smaller numbers of Americans, federal officials have acknowledged. Obama urged Americans not to worry about the secret programs because the contents of their communications are rarely targeted.

The president and the director of national intelligence "have been at pains to emphasize that the government is collecting metadata, not content," Jaffer said in advance remarks obtained by the AP. "But the suggestion that metadata is somehow beyond the reach of the Constitution is wrong. For Fourth Amendment purposes, the crucial question is not whether the government is collecting content or metadata but whether it is invading the reasonable expectation of privacy. Here, it clearly is."

Jaffer has urged stricter limits on government surveillance as well as new oversight mechanisms. One of the oversight board's members, James Dempsey, is a top official with the Center for Democracy and Technology, a civil liberties advocacy group.

Steven Bradbury, a former top Bush administration lawyer who played a central role in national security decisions, said that the massive trawling of phone metadata was critical to "connect the dots" to terrorist operations inside the U.S. Bradbury said the metadata did not compromise the content of Americans' private communications and was carefully segregated from data targeted by counter-terror investigations. Federal officials have said there were less than 300 queries of the vast inventory of stored metadata in 2012.

Bradbury, who headed the Office of Legal Counsel at the Justice Department, wrote several legal memos backing the CIA's limited use of harsh interrogation techniques on terrorist suspects, including simulated drowning. But he also signed other memos that placed legal brakes on some of the Bush administration's expanded national security authority.

Two of the oversight board's members also worked as Bush administration lawyers. Elisebeth Collins Cook is a former Justice Department lawyer who drafted revised guidelines in 2008 that expanded the FBI's ability to conduct domestic intelligence investigations. The guidelines gave FBI agents involved in national security probes new authority to conduct physical surveillance without a court order and to interview people without identifying themselves as federal agents.

Oversight board member Rachel Brand is another former Bush Justice lawyer who urged Congress to give the FBI expanded authority to use what are called national security letters and administrative subpoenas to obtain information in terrorism investigations. The use of such tools is limited but can allow federal investigators to demand data without direct judicial approval.

The oversight board is appointed by the president but reports to Congress. David Cole, a professor of constitutional and national security law at Georgetown University, said the board faces high expectations.

"Their very existence may make government officials more careful about their surveillance programs because they will know that a board empowered and obligated to report on privacy and civil liberties abuses exists," Cole said.