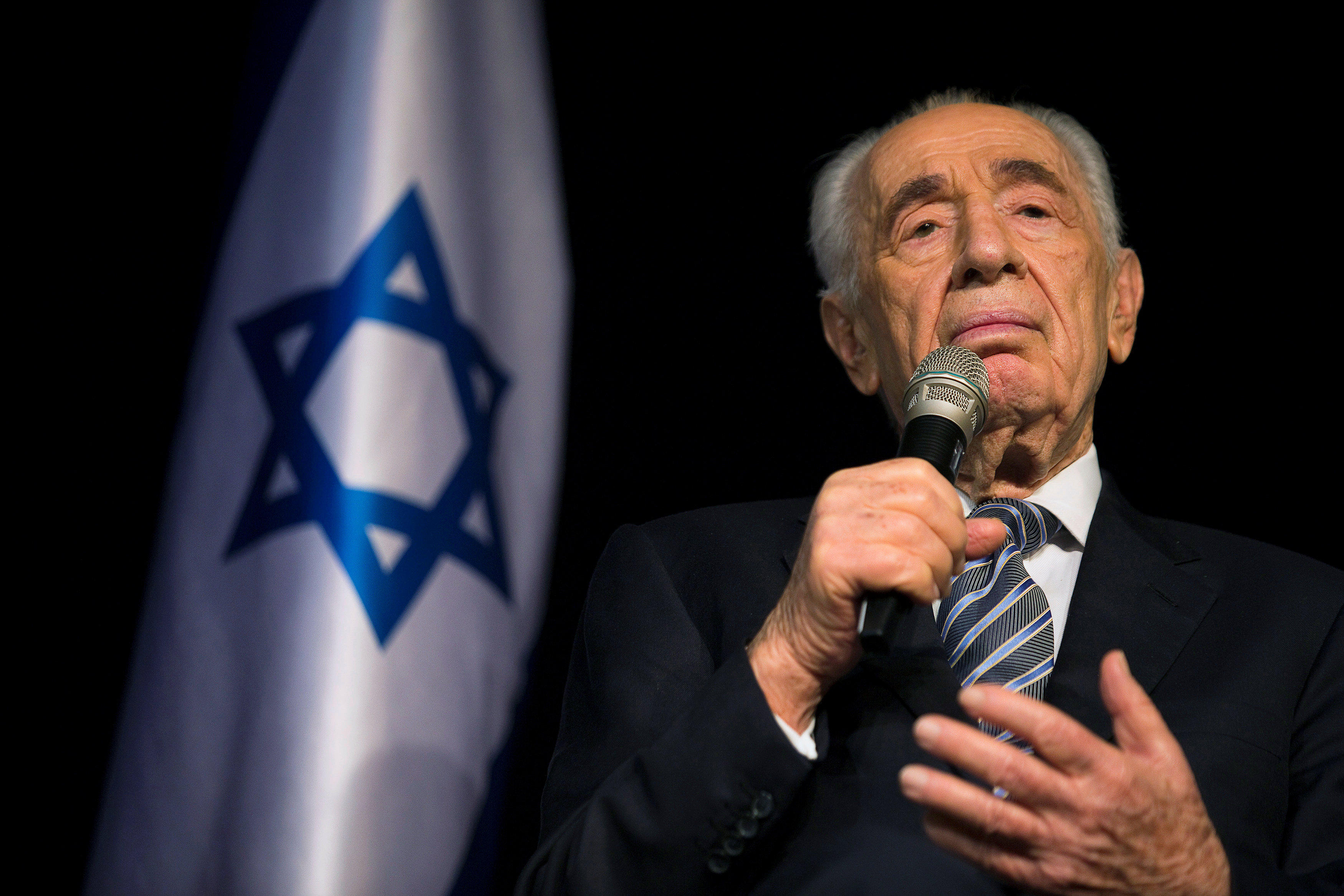 Shimon Peres, a former Israeli president and prime minister, whose life story mirrored that of the Jewish state and who was celebrated around the world as a Nobel prize-winning visionary who pushed his country toward peace, died early Wednesday. He was 93.

His son, Chemi, confirmed his death Wednesday morning to reporters gathered at the hospital where Peres had been treated for the past two weeks.

Peres’ condition worsened following a major stroke two weeks ago that led to bleeding in his brain. He was sedated and on a respirator during most of his hospitalization.

“Today with deep sorrow we bid farewell to our beloved father, the ninth president of Israel,” Chemi Peres said.

“Our father’s legacy has always been to look to tomorrow. We were privileged to be part of his private family, but today we sense that the entire nation of Israel and the global community share this great loss. We share this pain together.”

Prime Minister Benjamin Netanyahu issued a statement mourning the passing of Peres. He said he will convene his Cabinet for a special session later in the day. After that, a special committee was to meet to prepare arrangements for a funeral.

As word of Peres’ death spread, reaction started pouring in from Israel and around the globe.

President Obama eulogized him as a man who represented “the essence of Israel itself.”

“There are few people who we share this world with who change the course of human history, not just through their role in human events, but because they expand our moral imagination and force us to expect more of ourselves. My friend Shimon was one of those people,” he said. “A light has gone out, but the hope he gave us will burn forever.”

Peres son-in-law, Dr. Rafi Walden, said the family was “very moved” by a conversation they had with Mr. Obama, who awarded Peres the presidential medal of freedom in 2012. Walden, who was also Peres’ personal physician, said he died overnight “without suffering.”

Former President Bill Clinton and Democratic presidential nominee Hillary Clinton said they “lost a true and treasured friend” with the death of Peres.

The Clintons said Israel has lost a leader “who championed its security, prosperity and limitless possibilities from its birth to his last day on earth.” They called him “a genius with a big heart who used his gifts to imagine a future of reconciliation, not conflict.”

Peres, a Nobel Peace Prize laureate, was the elder statesman of Israeli politics, one of the country’s most admired leaders and the last surviving link to its founding fathers.

All of Israel’s TV and radio stations devoted their programs to Peres’ passing, playing sad music and interviewing friends, commentators and former officials who paid tribute to him.

Even to his own people, Peres was a puzzle. He spoke eloquent Hebrew, but with a foreign accent, lacked formal education yet brimmed with culture, was a mediocre politician, but became a statesman of spectacular vision.

Born Shimon Persky in Belarus, his family emigrated to what was then The Palestinian Mandate in 1934, when he was 11 years old.

As D’Agata reports, it was a job as secretary on a kibbutz dairy farm that led him into politics.

His service in the Knesset, Israel’s parliament, was to last a record 48 years. He served as a minister in 12 cabinets and was prime minister twice.

Although much of it remains secret even today, Peres is considered the father of Israel’s nuclear program.

His political career encompassed all of Israel’s wars, but Peres believed his country’s security lay as much in making peace as it did in being prepared for conflict.

He cooperated with his fierce political rival Yitzhak Rabin to secure an interim peace accord with Egypt, which formed the basis of the historic treaty signed by Israeli Prime Minister Menachem Begin and Egyptian President Anwar Sadat.

“We shall negotiate with you a permanent settlement and with all our neighbors a comprehensive peace for all,” he declared at the time.

As Foreign Minister, Peres was in charge of the peace process with the Palestinians.

Peres worked on the Oslo Accord with former President Bill Clinton. Clinton posted on Twitter that he will “miss Shimon Peres, my brilliant and eloquent friend.”

A long and mostly secret special relationship with King Hussein of Jordan culminated in Israel’s second peace treaty with an Arab state.

Peres used his two terms as president to promote Israel’s standing in the world, and his quest for peace.

In what perhaps summed up his life best, Shimon Peres once said “the duty of leaders is to pursue freedom ceaselessly... even in the face of hostility... in the face of doubt and disappointment.”

“Just imagine what could be,” he added.

His dream of Middle East peace remains unfulfilled, but not for lack of trying on Shimon Peres’ part.

The Consul General of Israel in New York Ambassador Dani Dayan issued a statement calling Peres a “giant of the generation.” “All through his life, as a civil servant, a minister and as the Prime Minister, Peres fought tirelessly for the peace, the prosperity and the protection of the Jewish State - we owe him more than we can say. Unto his last day, Shimon never stopped dreaming of a better future for Israel, for the Middle East and for the world. This dream of a better future is his will and testament to us all,” the statement read.