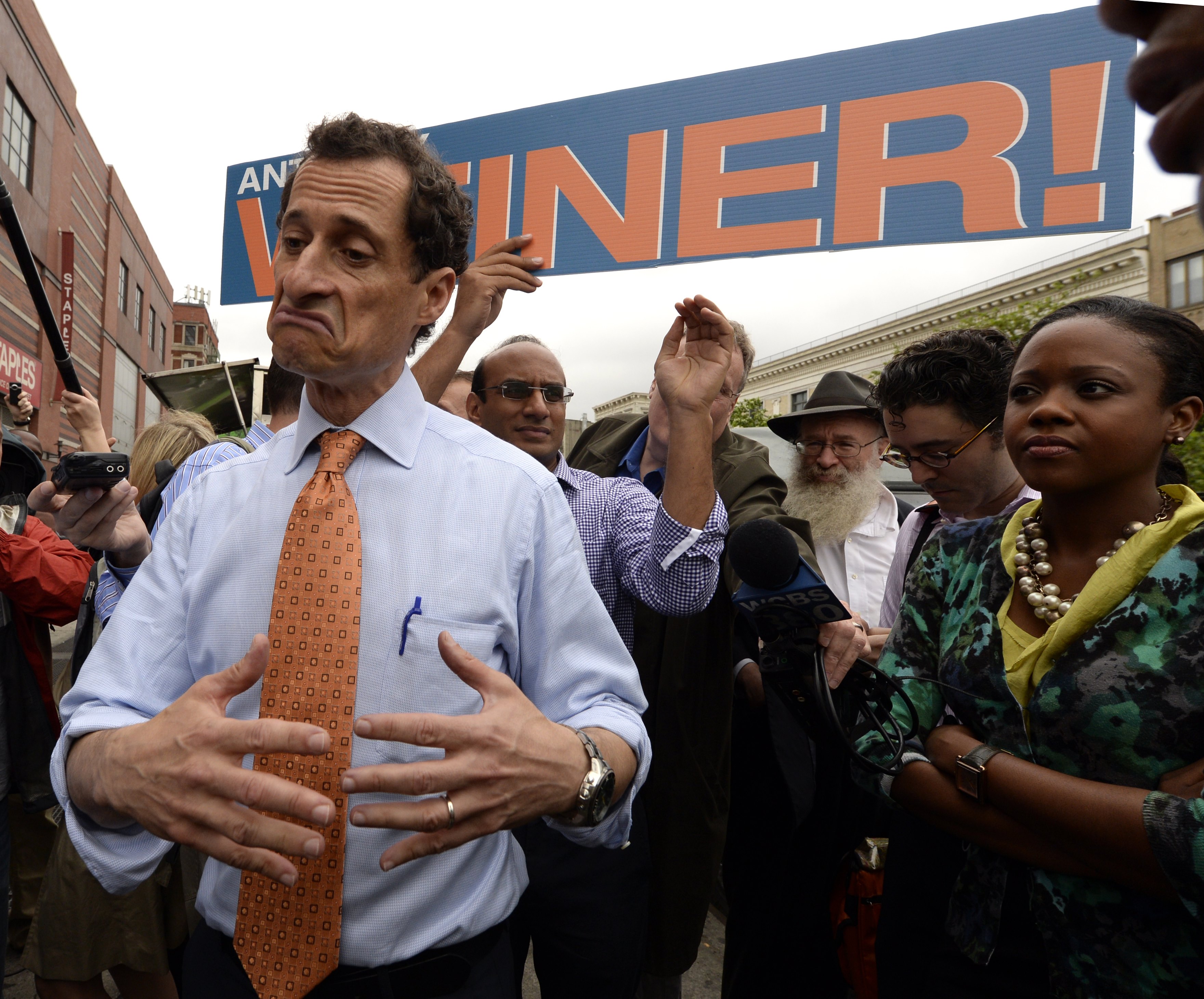 As former New York congressman Anthony Weiner continues his campaign for mayor of New York City, he may have to get by without a little help from his friends.

Though, based on the disdain Weiner's bid has engendered among some of his former colleagues in Congress, "friends" may be too charitable a term.

Weiner, who resigned from Congress in 2011 after revelations that he'd tweeted lurid pictures of himself to women, has reached out to several New York Democrats in Congress to solicit advice and feel out the possibility of an endorsement, the New York Daily News reports.

Thus far, he doesn't have much to show for it.

Former colleagues, many of whom were privately rankled by Weiner's combative style when he was in Congress, have not endorsed his bid or have endorsed rivals. Some New York Democrats have been downright hostile to Weiner's candidacy.

"I don't think he's one of the most qualified candidates and I think his record is not such that we ought to be considering him for mayor," Rep. Jerrold Nadler, D-N.Y., said in a C-SPAN interview a few days after a chat with Weiner. Nadler said he is undecided in the mayor's race, but he knows he won't back his disgraced former colleague.

"He's entitled to run," Nadler, who represents parts of Manhattan and Brooklyn, added. "I wish he hadn't."

Other former colleagues of Weiner's have received phone calls, including Reps. Eliot Engel, Nydia Velazquez, Yvette Clarke, and Hakeem Jeffries, but they have not offered any endorsements. Some expressed irritation that Weiner would have the chutzpah to call after being off the grid for so long.

"He waits two years and calls when he wants something," one lawmaker who declined to be identified told the Daily News.

Even New York Democrats who have endorsed one of Weiner's rivals were not spared his overtures: Rep. Carolyn Maloney, who has endorsed City Council Speaker Christine Quinn, was contacted by Weiner. Rep. Charles Rangel, who is backing City Comptroller Bill Thompson, was approached by Weiner at two recent events in Harlem.

A spokeswoman for Weiner brushed off the suggestion that Weiner was approaching his former colleagues, hat in hand. "Anthony has conversations with people all the time, and those conversations are private," said Barbara Morgan. "He hasn't asked any members of the congressional delegation for an endorsement."

Still, if recent polls are any indication, Weiner may not need a leg up from his former colleagues to be a strong contender in the race. In a June Quinnipiac survey, Weiner was in a dead heat with two other candidates at the front of the Democratic primary race - 17 percent backed the former congressman, while 19 percent backed Quinn and 16 percent backed Thompson.