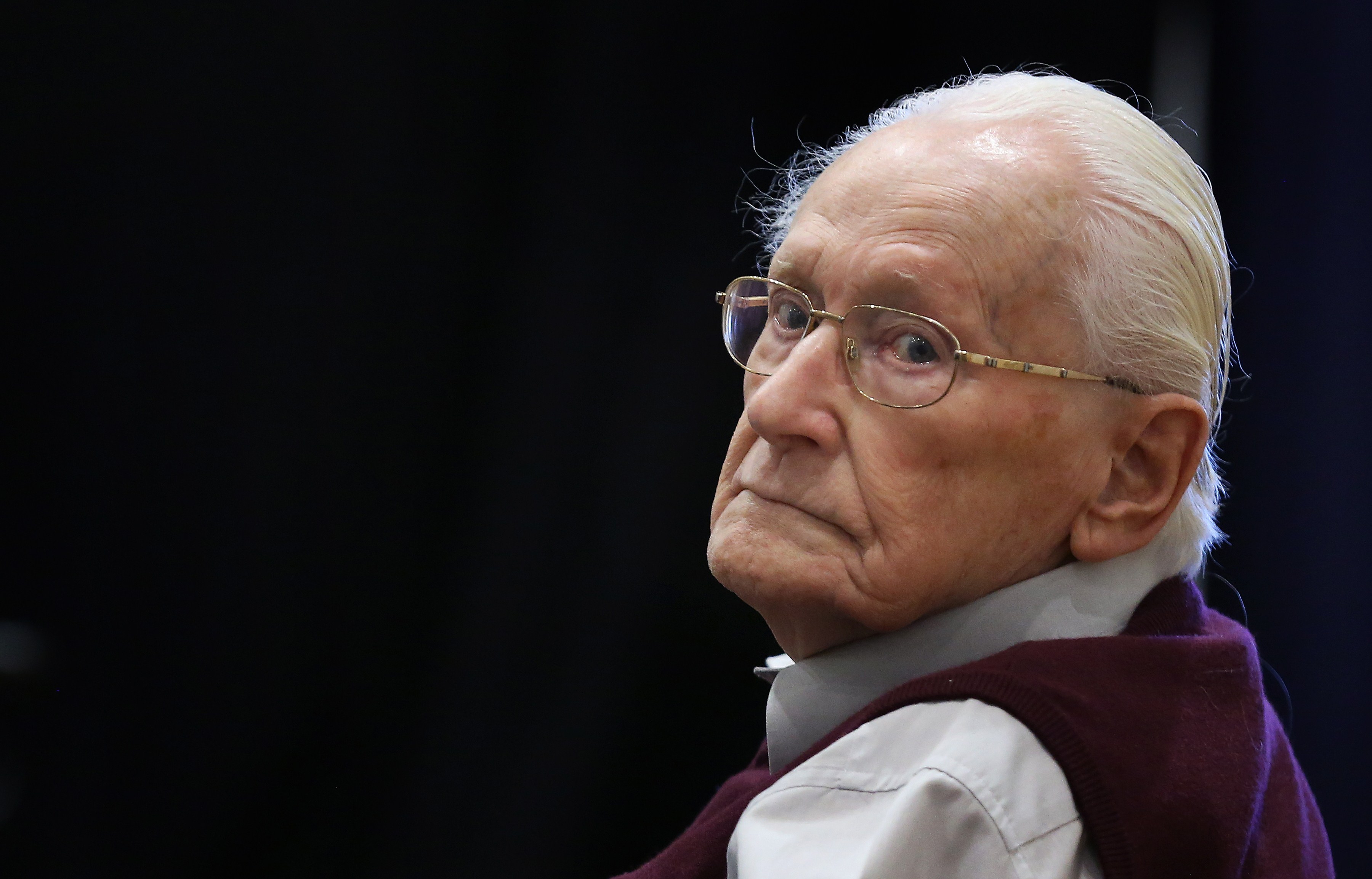 BERLIN -- A 94-year-old former SS sergeant who served in Auschwitz testified Wednesday he helped the death camp function in his role sorting cash and valuables seized from Jews after they arrived in cattle-cars.

Oskar Groening told the Lueneburg state court in a statement read by his attorney that it was hard today to understand the blind obedience he had to the Nazi system even when witnessing the terrible atrocities perpetrated at the death camp in German-occupied Poland.

"There was a self-denial in me that today I find impossible to explain," Groening said, the dpa news agency reported. "Perhaps it was also the convenience of obedience with which we were brought up, which allowed no contradiction. This indoctrinated obedience prevented registering the daily atrocities as such and rebelling against them."

Groening is accused of helping Auschwitz function in his job at the camp for which the German press has dubbed him the "Accountant of Auschwitz." He guarded prisoners' baggage on the ramps, but his main task was to collect and tally money stolen from the new arrivals and then send it to Berlin.

Though pleas are not entered in the German system, as Groening's trial on 300,000 counts of accessory to murder opened in April he told the court he felt a moral guilt for what he had done. He faces a possible three to 15 years in prison if convicted.

In testimony Wednesday, Auschwitz survivor Irene Weiss, 84, told the court she vividly remembered arriving at the death camp as a 13-year-old and being immediately separated from her entire family except for her older sister.

She said she asked other prisoners when she would see them again.

"A woman pointed to a chimney and said: 'Do you see the smoke? There is your family,'" she said, according to a transcript of her statement from her attorneys.

Weiss, who joined the trial as a co-plaintiff like many other Holocaust survivors as allowed under German law, said she considered Groening more than just a "small cog in the machine."

"If he were sitting here today wearing his SS uniform, I would tremble, and all the horror that I experienced as a 13-year old would return to me," said Weiss, who lost her parents, younger sister and three brothers in Auschwitz. "To that 13-year-old, any person who wore that uniform in that place, represented terror and the depths to which humanity can sink, regardless of what function they performed."

In his statement, Groening said even though he had known what was going on at Auschwitz, the personal stories of the co-plaintiffs during the trial had brought home the enormity of the atrocities.

"I can only ask my God for forgiveness," he said.

In April, an Auschwitz survivor who lost 49 family members in the Holocaust said the fact that Groening was on trial is more important than any punishment. Eva Pusztai-Fahidi, who lost relatives including her parents and sister, told the Lueneburg state court that seeing Groening in court is "a kind of satisfaction."

Another Auschwitz survivor, Eva Mozes Kor, made headlines in April when she shared an embrace with Groening during his trial.

"I know many people will criticize me for this photo, but so be it," Kor wrote in a Facebook post. "It was two human beings seventy years after it happened. For the life of me I will never understand why anger is preferable to a goodwill gesture. Nothing good ever comes from anger."