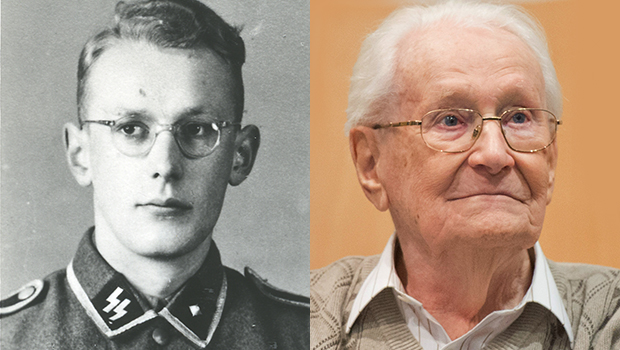 BERLIN -- An Auschwitz survivor who lost 49 family members in the Holocaust says the fact that a 93-year-old former guard at the death camp is on trial is more important than any punishment.

Eva Pusztai-Fahidi, who lost relatives including her parents and sister, told the Lueneburg state court Tuesday that seeing former SS Sgt. Oskar Groening in court is "a kind of satisfaction," the dpa news agency reported.

The 89-year-old says she could never have imagined she would be testifying before a German court and that "for me it's not about the punishment."

Groening is being tried on 300,000 counts of accessory to murder and faces a possible three to 15 years if convicted.

Last week, another Auschwitz survivor, Eva Mozes Kor, made headlines when she shared an embrace with Groening during his trial.

The Times of London tweeted out an image of Kor and Groening embracing.

"I know many people will criticize me for this photo, but so be it," Kor wrote in a Facebook post. "It was two human beings seventy years after it happened. For the life of me I will never understand why anger is preferable to a goodwill gesture. Nothing good ever comes from anger."

Kor, 81, was one of the Jews who arrived at Auschwitz in 1944. Though she doesn't remember Groening personally, she said she can't forget the scene.

CBS News correspondent Mark Phillips reported that 86-year-old Hedy Bohm was a Jewish teenager when she was deported to Auschwitz during the war. Both her parents were murdered there.