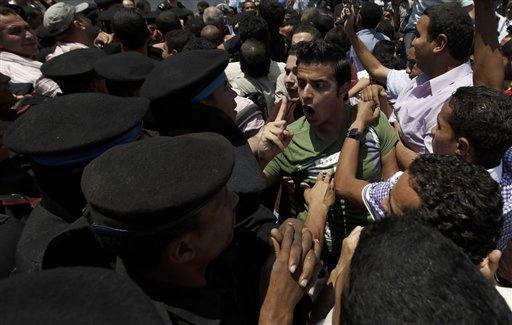 It's been a bad time for movies in general lately, but good for thrillers like "The Forgotten," which claimed the No. 1 box office spot over the weekend, scaring up $22 million.

The overall box office was down for the fourth straight weekend compared to the same time last year. But movies like "The Forgotten," about a mother who believes supernatural forces have erased people from her life, and the zombie horror-satire "Shaun of the Dead" still debuted relatively strongly.

Critics hated "The Forgotten," but its ad campaign was considered highly effective - showing creepy images of people being sucked into the atmosphere while star Julianne Moore questions what happened to her memory.

"This just goes to show that horror movies - even a spoof horror movie - has a built in audience," said Paul Dergarabedian, president of box-office tracker Exhibitor Relations Co. "They can be low cost and always get great numbers."

"Shaun of the Dead," a low-budget shocker that chronicles a slacker as he barely notices a zombie takeover, collected $3.3 million in only 607 theaters to rank No. 8. By comparison, most of its competition was far more widely available to audiences in 2,000 to 3,000 locations.

"We're just going to let it sit and percolate for another week then we're going to expand further," said Jack Foley, head of distribution for Focus Features, which released "Shaun."

The reviews for both films were scathing, and the similarities between "First Daughter" and "Chasing Liberty" likely dampened its debut.

"It can hurt a movie if it's too similar to another recent film," Dergarabedian said.

Last week's top movie, "Sky Captain and the World of Tomorrow," fell to second place with $6.7 million for a total of $25.6 million in its second week, while the Bernie Mac baseball comedy "Mr. 3000" was third with $5 million and a total of $15.3 million.

In limited release, "The Motorcycle Diaries," a Robert Redford-produced accounting of communist revolutionary Che Guevara's youthful escapades across South America, opened in only three theaters but collected an average of $52,351 in each. By comparison, "The Forgotten" had an average of $7,088 in 3,104 screens.

"The Last Shot," a Matthew Broderick comedy about a wannabe director duped into making a false movie in an FBI attempt to bust some gangsters, had a weak debut in 35 theaters, collecting only an average of $4,829 in each.

The overall box office was $60 million, down about 25 percent from the same time last year when "The Rundown" and "Under the Tuscan Sun" were the top earners.