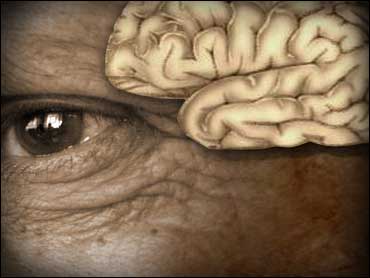 The power of suggestion can play games with memory, persuading people that false memories are real, according to Northwestern University experts.

While we might like to think that our memories are accurate logs of our lives, that's not always true.

Our memories are imperfect to begin with, and forgetfulness isn't the only glitch. The brain can also be convinced that events that never took place actually did occur. That's what happened in Northwestern's recent experiment with 11 adults.

The test was conducted by researchers including Brian Gonsalves, formerly of Northwestern's psychology department and now a postdoctoral fellow at Stanford University.

First, participants lay in a magnetic resonance imaging (MRI) device, which measured brain activity during a task. The researchers showed them photos or asked them to generate visual images of objects that were not pictured; instead they were given detailed clues to build visual images.

Meanwhile, brain imaging scans were done to see which area of the brain was responding during the test.

Sometimes, participants were sure that they remembered seeing photos of objects that they had only visually imagined during the study phase of the experiment.

In other words, the brain persuaded itself that it had seen objects that were visually imagined. As far as the brain was concerned, those false memories were true.

Brain imaging scans showed that different areas of the brain were at work with false and accurate memories.

The mental images left a trace in the brain that was later mistaken for the trace that would have been produced had the object actually been seen, say the researchers.

The brain activity on MRI during the study phase could predict which objects would subsequently be falsely remembered as having been seen in a photograph.

"We know we can forget quite a bit, but we're not always in touch with the idea that our memories can sometimes be misleading," says Northwestern psychology professor Kenneth Paller, in a news release.

Paller worked on the study, which appears in the October issue of the journal Psychological Science.