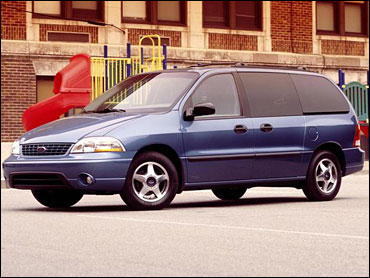 Ford Motor Co. is recalling 257,119 Windstar minivans because the latches that connect the rear seats to the floor could release in an accident, the National Highway Traffic Safety Administration said Friday.

There have been no reported injuries due to latches releasing, Ford spokesman Glenn Ray said. NHTSA discovered the problem during tests of the 2003 Windstar. Windstars from model years 2001-2003 are affected in the recall.

In a letter to NHTSA announcing the recall, Ford questioned the agency's test procedures. NHTSA conducted several tests in a row before the latches released. Ford tests have never shown problems with the latches, Ray said.

But Ford said it will conduct the recall because the latches didn't perform as the company expected them to. The company will notify customers and replace the latches for free.