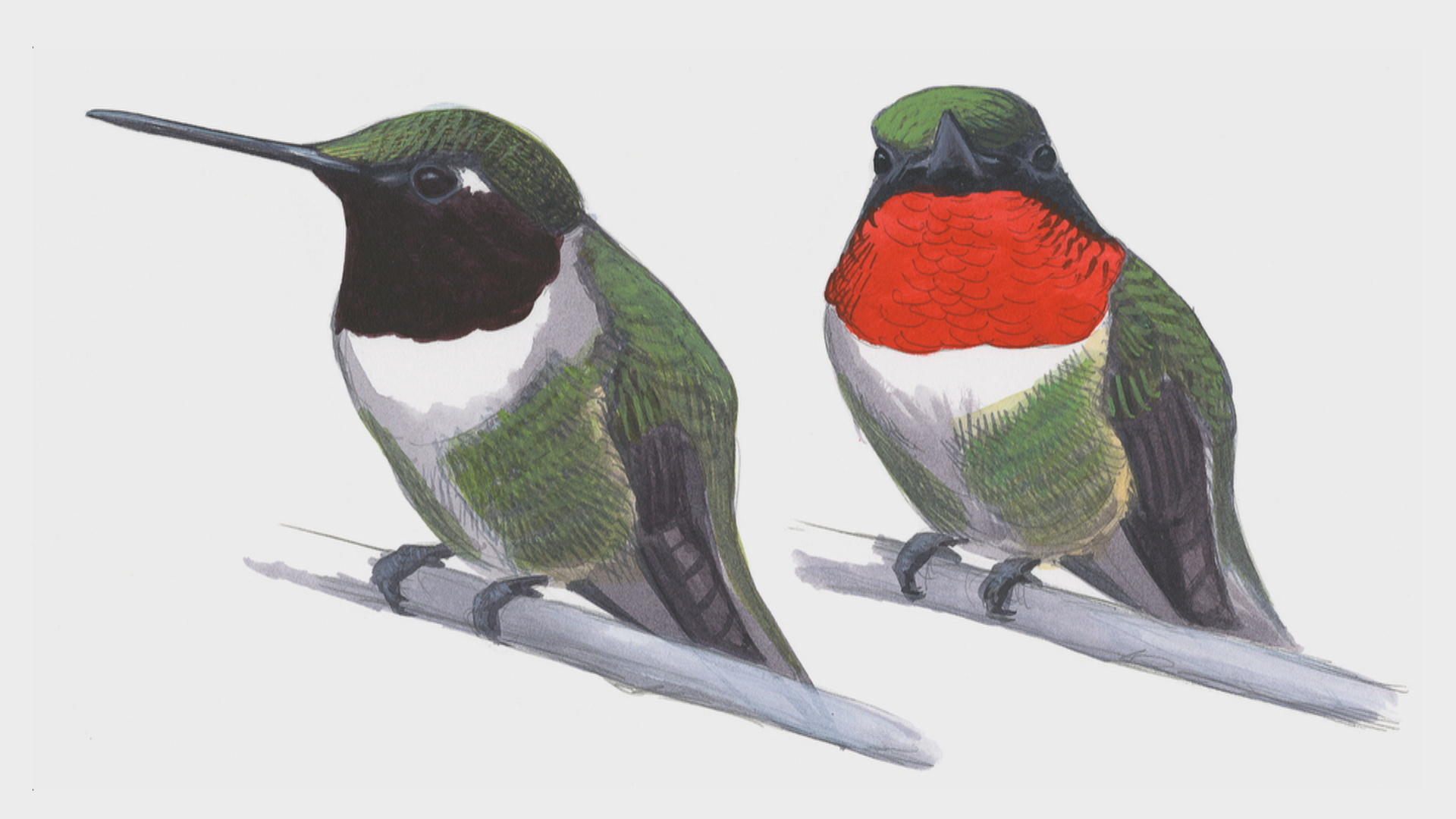 In the hedgerows and hayfields of Deerfield, Massachusetts, David Sibley can't help talking about the wonder of birds. "I'm hearing a lot of birds right now," he said. "They communicate with each other through sight and sound."

"Kind of like we do," said correspondent Rita Braver.

And the driving force of Sibley's life is to make birds accessible to us – sketching and painting everything from songbirds and swallows, to penguins and puffins.

We are talking thousands and thousands of bird illustrations – each wing, each feather carefully crafted.

Braver asked, "You never said to yourself, 'I don't care if I ever draw another chickadee again'?"

"No, I didn't. It's sort of like one foot in front of the other. Just a faith in the process that, like knitting or something else, where it becomes sort of routine."

It has been a routine with a goal, to write and illustrate detailed "Field Guides" covering more than 800 species, to help birdwatchers properly identify what they are seeing.

Braver examined one illustration: "Okay, that just looks like a robin."

First published in 2000, "The Sibley Guides to Birds" have sold more than two million copies. And he's been called the most important illustrator of birds since John James Audubon or Roger Torey Petersen.

"The previous field guides had fewer illustrations, so they left out a lot – different ages, different sub-species" Sibley said, "I wanted to illustrate every species in flight, because that's what birders see."

Now 57, Sibley learned to love birds by going out on hikes with his father, Fred, a noted ornithologist at Yale. "As soon as the field guide came out, I became much, much less well-known in the game," Fred laughed.

David started drawing birds at age 8, and his parents didn't worry for an instant when their son dropped out of Cornell to pursue his passion and study birds in the field. Fred Sibley said, "His reason, very valid, was that Cornell has a set track that you follow in your major, and that didn't leave time for looking at birds or painting birds."

David would spend 14 years driving around the country observing and sketching, always utterly fascinated by birds. "I really like the shapes, the proportions, the smooth lines, each species so perfectly adapted to its own lifestyle," he said.

Along the way he met his wife, Joan Walsh, who is also an ornithologist.

Braver asked Sibley, "Do you think you would have been happy with someone who wasn't as into birds as you are?"

"No, I don't see how that could have worked!" he laughed.

And in 1988 it was she who really pushed him to fulfill his lifelong dream of writing a field guide.

"I said, 'You know, you can keep talking about it, or you can just say you're doing it,'" she recalled. "And so, he did. And then he stood up and he fainted!" she laughed.

"We were in a hot tub," he explained.

He would spend years working on the guide. But when publishers saw it, they went wild. "To walk into a room with a publisher and have them say, 'Yes, we'll do it,' in five minutes, was, I guess, a very unusual experience."

Fred Sibley said, "It was intended as a guide for advanced birders, it wasn't going to be a wide circulation thing. And it just caught on. Old grandmothers got it as presents. Yeah, it just went wild."

In fact, Sibley's first volume hit the New York Times bestseller list. He followed it up with a series of other popular books about birds.

And whether it's in his art, or the delight that comes when he watches birds at his backyard feeder, David Sibley says he is still learning about his favorite topic, hoping to answers questions he's had about birds.

For example, can birds smell? "Yeah, they can smell very well. And where do birds sleep? How do they stay on a perch while they sleep?"

Braver asked, "How do they hold on?"

"Are you just making this up?"

So, stay tuned. His next book is called "What It's Like to Be a Bird." And who should know better than David Allen Sibley?