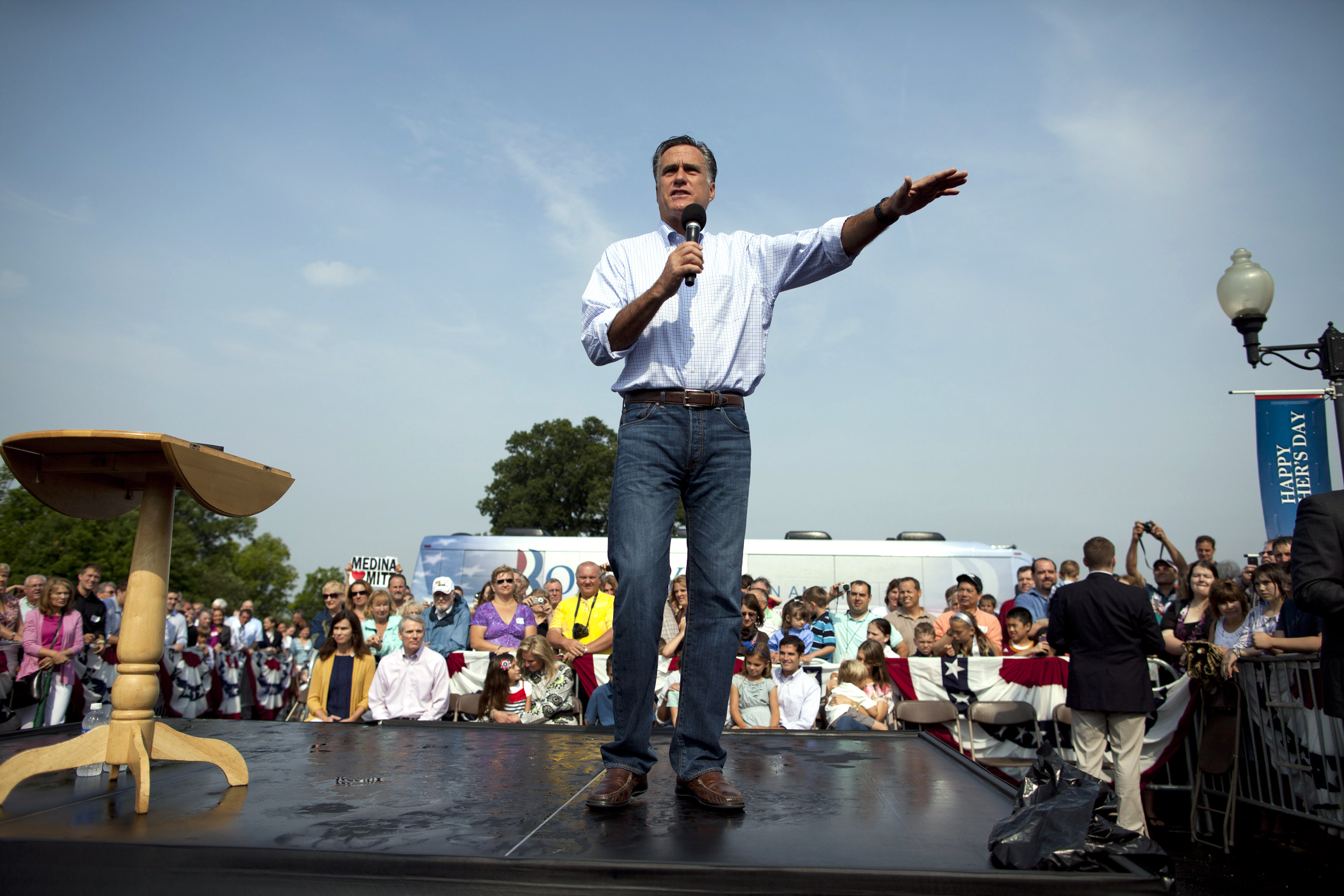 Romney talked to CBS News chief Washington correspondent and "Face the Nation" host Bob Schieffer Saturday for Sunday's "Face the Nation," and refused to answer Schieffer's repeated and persistent questions about whether he would keep the policy if Congress didn't act.

For Romney, it's a tricky balancing act: He's aggressively courting the Hispanic vote, which could be decisive in the election, but he also has a conservative base that wants tough immigration policies.

Asked by Schieffer if he'd repeal the order if he became president, Romney replied, "Well, let's step back and look at the issue."

Asked again, Romney responded, "Well, it would be overtaken by events, if you will, by virtue of my putting in place a long-term solution."

Mr. Obama's decision would allow some 800,000 people who came to the United States illegally as children to stay here if they meet certain conditions. They also could apply for work permits.

Romney said he sympathizes with children who came here illegally through no fault of their own, but said he wants a comprehensive immigration plan passed by Congress, and not a presidential decree, which he said reeks of election-year politics, calling it "certainly a big part of the equation."

"It was not done with some political consideration?" Crowley pressed. "It was not, Candy," Plouffe said.

"Five months before the election?" Crowley pressed some more.

"Well, listen," Plouffe answered. "Who knows how the politics will turn out? But this decision was the right decision."

Romney plans to return to an issue he's more comfortable with -- the economy -- as he continues a bus tour Monday of states the president won in 2008.

Monday, Romney will be in Wisconsin with Rep. Paul Ryan, a key supporter with conservatives, many of whom want Ryan as Romney's nominee for vice president.

This is Romney's first visit to Wisconsin since Republican Gov. Scott Walker won a recall election earlier this month. The victory was seen as a big win for conservatives, and the Romney campaign is hoping to pick up on some of that momentum during their visit.

To see Jan Crawford's report, click on the video in the player above.