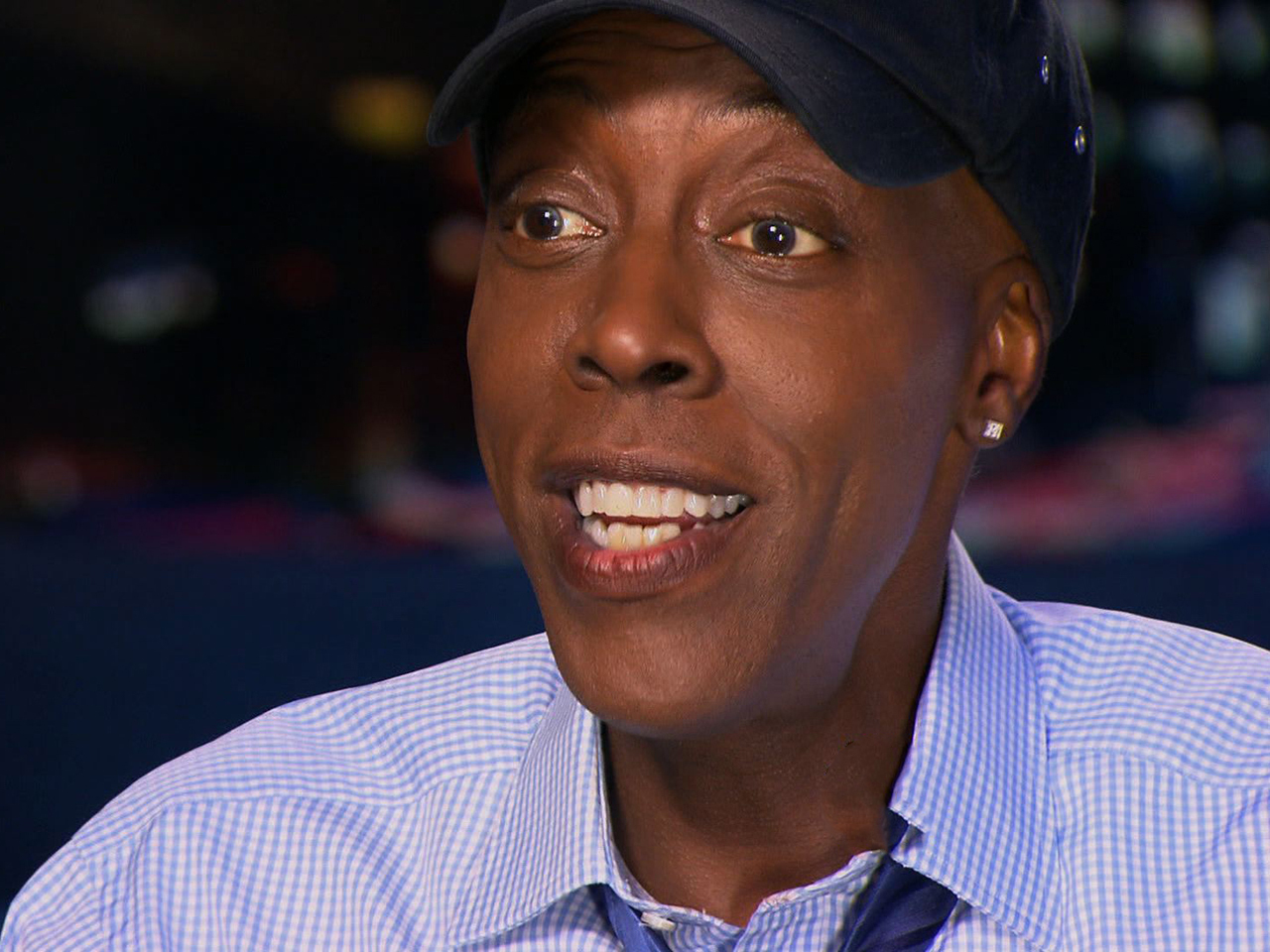 (CBS News) Arsenio Hall may be getting the last laugh. After a break of nearly 20 years, he's picking up where he left off -- on late night television. Lee Cowan has our Sunday Profile about a man who's been there, done that . . . and is ready to do it again:

As pop culture goes, Bill Clinton blowing the sax is an oldie but a goodie.

While it's oh-so-'90s, it's fitting that it took place on the show that embodied '90s cool: "Arsenio Hall."

With his flattop haircut, his flashy suits, and his fist pump that pumped up the audience, Arsenio made late night hip. It may have looked like a talk show, but it felt more like a party.

At his peak, he was on the cover of Time and was a contender for the late night crown.

But in 1994, Arsenio gave it all up, leaving it to Leno and Letterman instead.

Why did he walk away back then? "When you have that feeling of 'There's something else for me to do, and this is occupying your life 24/7,' wrong or right, you need to go," Hall said. "I would sit eating a piece of pizza with Jay and I could see his hair getting gray while I was chewing! You know? And I realized, that's NBC, that's late night. That's the stress."

He walked away with millions, and found what was missing -- a personal life.

His world became that of a single parent, and he happily chose fatherhood over fame.

That moment came last year, with an invitation from Donald Trump to appear on NBC's "Celebrity Apprentice." Arsenio not only accepted, he won.

He was back in America's living rooms, back on Hollywood's radar . . . and we found him back on the comedy circuit, too.

"My star on the Hollywood Walk of Fame is near McDonald's," Hall said at the Ice House Comedy Club in Pasadena, Calif. "That's kind of embarrassing! That's almost like you're not famous! It's like, 'I'm a star! Oh, there's a McNugget on my ----!' "

Of his comedy club appearances, Hall told Cowan, "When it's right you want to come back tomorrow. When it's wrong, you just want to go home and cry!"

If it all sounds like a comeback, it is. Arsenio is back -- And he's bringing the party with him.

Starting next week, Arsenio gets his own late-night show again.

He knows what some folks are thinking: that this is the desperate attempt of a 57-year-old man to recapture his glory days. That would be foolish, he says, but he is sticking to his tried-and-true formula.

His new set looks a lot like his old one. There's no desk, just some comfy furniture. He even demonstrated the "Arsenio stance," leaning in close on his guests. "Like when Bill Clinton's talking to me about inhaling and Jennifer Flowers!" Hall laughed.

It's all he ever wanted. Growing up a latch-key kid in Cleveland, Arsenio's escape was TV, especially talk shows. Johnny Carson, Flip Wilson, even Dinah Shore were all his heroes. "I was watching anybody that talked. I knew what I wanted to do," he said.

But entertainment wasn't the family business. His father was a Baptist preacher, and so was just about everyone around him.

"I remember my dad saying, 'Do you want to sit in the pulpit with me today?' That Sunday I sat behind him, which is a whole different point of view.

"I was hooked that day."

"You liked the eyeballs on you?" asked Cowan.

"Yeah. And I liked my dad doing what he did, with just a glass of water and a handkerchief."

By the time he started doing standup, he, too, could work a room with nothing but a glass of water.

But soon he was working with much more.

He starred with best friend Eddie Murphy in "Coming to America" and "Harlem Nights."

But his goal was still "The Tonight Show" -- not just to be ON with Johnny, but to BE Johnny.

One day, while working on the NBC lot in Burbank, he snuck onto a dark "Tonight Show" set, just for a taste.

"I looked around and I didn't see anybody," Hall said. "So I went in and sat at Johnny's desk. I pulled the canvas off the whole desk! It was a big old, beige canvas and I pulled it all off, threw it in front of the desk."

"And you sat in his chair?"

"This is true psycho time!" Hall said. "Man, this is like, you know, this is a kid who's dreaming a little too hard!"

A dream, indeed. No African American had ever been given a late night talk show.

In 1989 when he was tapped to be the first, the expectations, he says, were almost too much to bear.

"A white person successful in this town can focus in white culture, in white life, in white things, and never even care about the riots in South Central or what's on the Jay-Z CD, and succeed," Hall said. "I HAVE to know what Jay knows. Jay don't have to give a damn about what I do and who I do it with."

"You said once, 'The luckiest thing that ever happened to me is the fact that there was nobody who thought that I would succeed,' " Cowan said.

He booked guests who weren't on the other shows. He gave Magic Johnson his first platform to talk about AIDS. He gave Mariah Carey her late night debut. He even brought on Nation of Islam Leader Louis Farrakhan.

While critics complained that he fawned over his guests, young viewers found him approachable -- and the ratings were hard to ignore.

He knows the TV landscape is decidedly different these days. It's a lot more crowded, and he's a lot older. But he's willing to try anything.

"You know what's feeling really good? The tall Caucasian co-host standing next to me!" Hall laughed with Cowan, who he said evinced "an Andy Richter mood!"

After all these years, Arsenio Hall knows how to spin even his admitted nervousness into a few good one-liners.