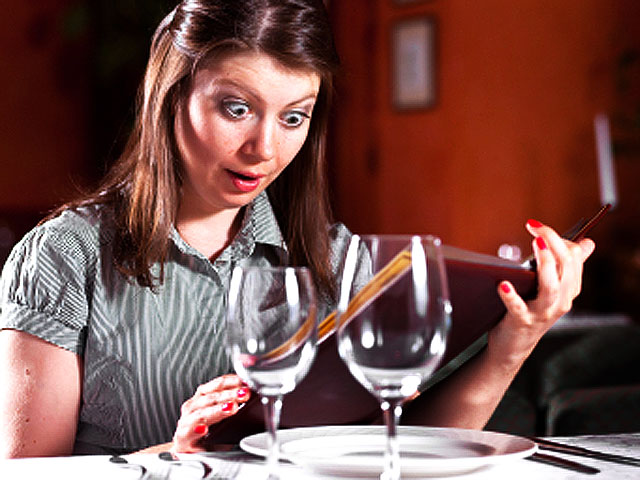 The Food and Drug Administration will finalize their menu labeling rules later this year, and the food industry is watching closely to see which establishments will be included.

Diners could soon see calorie counts on the menus of chain restaurants. However, it's still unknown whether grocery stores, convenience stores, movie theaters or airplanes will also need to adhere to a new mandate. Non-restaurant establishments have lobbied hard for exemption, which has delayed the FDA.

The idea is that people may pass on that bacon double cheeseburger if they know that it has 1,000 calories.

FDA Commissioner Margaret Hamburg told Congress earlier this month that writing the rules has been "much more challenging than expected." The agency issued proposed rules in 2011 but has faced pressure to revise them to exclude retail outlets like grocery and convenience stores.

The FDA has sent the rules to the White House, meaning they could be released soon.

The restaurant industry pushed for menu labeling and helped it become law as part of health overhaul in 2010. Not all restaurants are happy with menu labeling. Pizza restaurants, led by delivery giant Domino's, say they need more flexibility and that it doesn't make sense to force their franchisees to order expensive new menu boards when few people walk into their brick-and-mortar outlets. Supporters of the rules say pizzas are no different from sandwiches or other foods that have a variety of toppings.

The rules will only apply to restaurants with 20 or more outlets, so independent eateries are exempt. Bakeries, coffee shops and ice cream parlors are all expected to be included if they have enough stores to qualify. But alcohol won't have to be labeled in any of those places under the proposed rules. The FDA proposed exempting it.

The supermarket and convenience store industries were perhaps the most unhappy with the rules that the FDA proposed in 2011. The agency proposed requiring those stores to label calories for prepared foods on menu boards and displays.

The restaurant industry has lobbied to include supermarket and convenience store under the new guidelines, since many sell prepared food and directly competing with restaurants.

"The cost of compliance for a convenience store is different than a one-time cost to McDonald's," says Lyle Beckwith of the National Association of Convenience Stores.

Nutrition groups are lobbying to include movie theaters in the final rules because many people don't realize they are eating a day's worth of calories when they stop by the movie concessions counter and grab a large popcorn and extra-large soda.

Along with movie theaters, airlines and trains were exempted from the proposed labeling rules in 2011. The FDA said that it would likely exempt food served in places where the "primary business activity is not the sale of food" and that don't "present themselves publicly as a restaurant." That also includes amusement parks, sports stadiums and hotels, unless restaurants set up in those places are part of a larger chain.

However, vending machines will be required to have calorie labels. Eric Bell of the National Automatic Merchandising Association says the group estimates the rules could cost operators up to $42,000 a year, which he calls a "huge burden" on those small businesses.