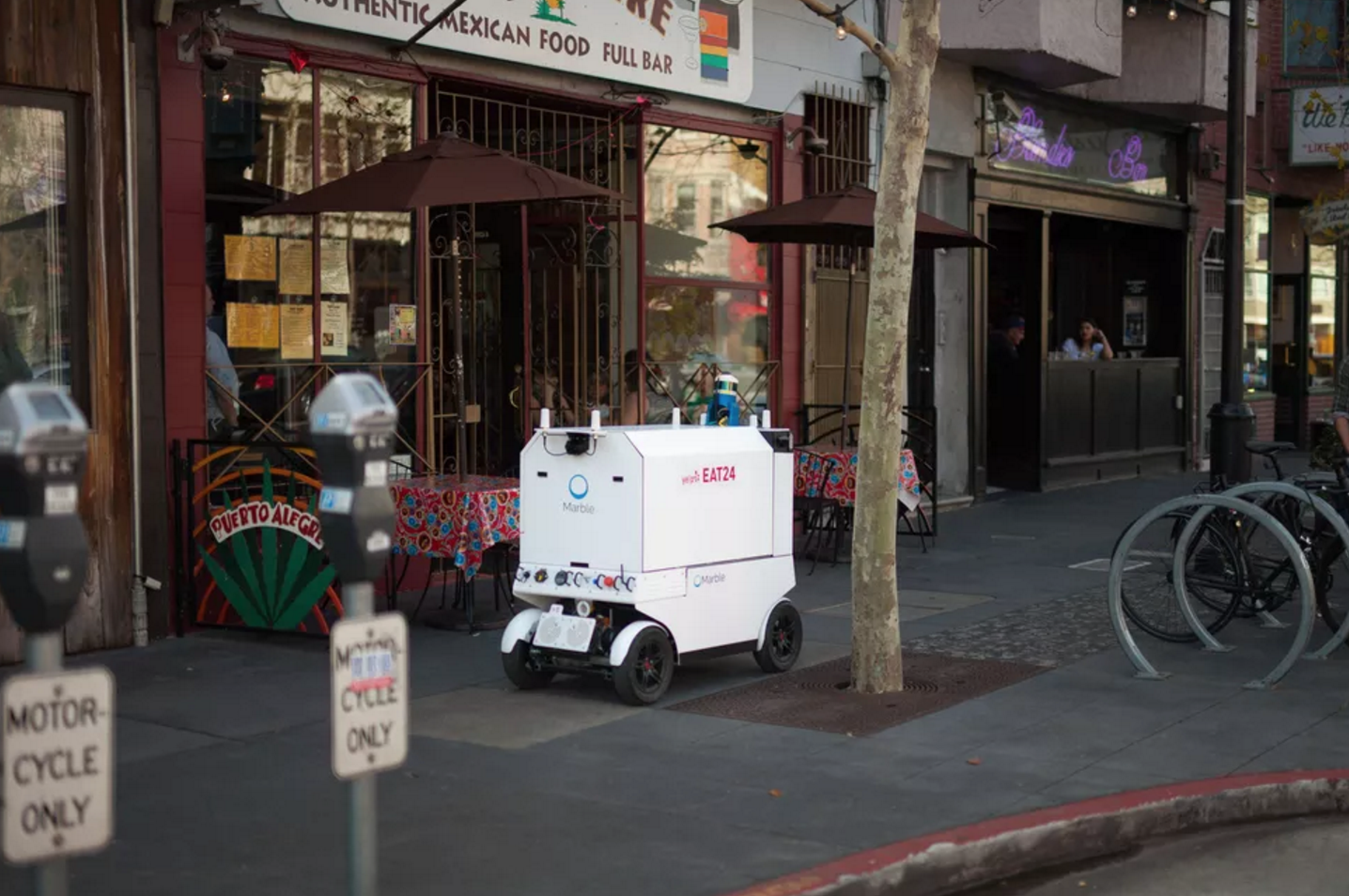 SAN FRANCISCO -- On a giant screen at Marble’s San Francisco headquarters, I’m watching one of their robots deliver my lunch.

The four-wheeled bot is bigger than I expected. To give you an idea of scale, it’s built on top of an electric wheelchair base, the cargo bay can hold up to four grocery bags at a time and it’s just over 4 feet tall.

It uses various sensors, including Lidar, or light detection and ranging technology like used in self-driving cars, to help it navigate city sidewalks. The robot rolls along at a leisurely walking pace of 3-4 miles per hour.

Each robot is modular, so components like the cargo bay can be swapped in or out depending on the delivery type.

“We’re initially starting with the meal delivery, we’re also looking at other markets like grocery and pharmacy,” said Matthew Delaney, CEO and co-founder of Marble.

When you place an order, the robot navigates to the restaurant where orders are placed in hot bags in the cargo bay. You receive a text message with a code to unlock the food when it arrives.

The robots will be able to complete an entire shift, around 6-8 hours. During the initial phase, a handful of robots will be completing dinner time deliveries in San Francisco over short distances of 1-1.5 miles. Human handlers will accompany the robots and can take control if needed.

The Marble bots are also creating high-resolution maps of the sidewalk, detecting things like potholes and cracks in the path. The idea is that this data can be used to track conditions of the sidewalk and potentially feed back reports for infrastructure purposes.