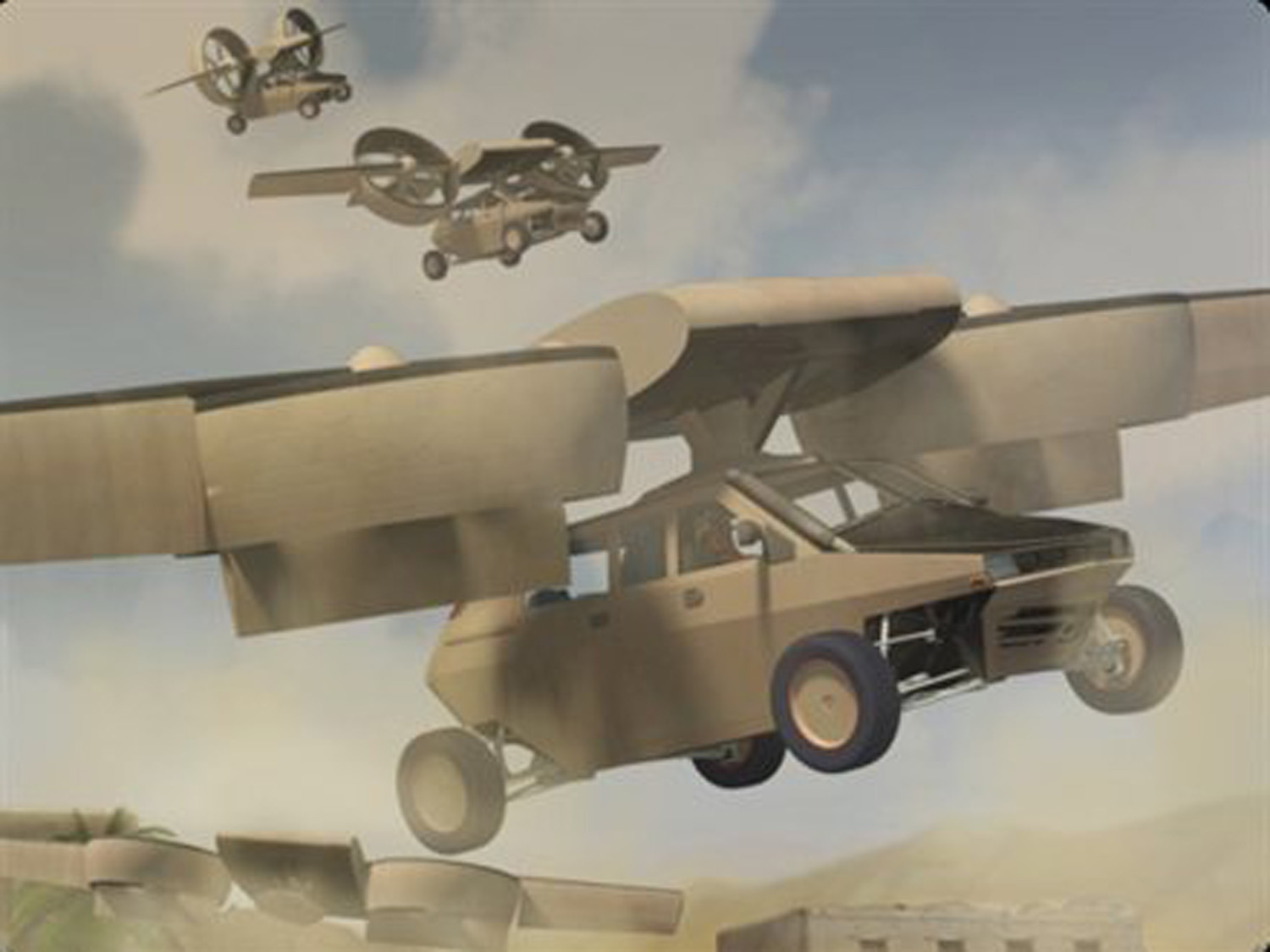 Science fiction, meet reality: The Pentagon is slowly inching closer to the day when it can deploy something that it calls Transformer (TX) "flying Humvee."

Don't forget to put the emphasis on the word "slowly."

The idea is to create a four-seat vehicle that can drive in off-road conditions, stand up to small-arms fire, and quickly take off and land vertically. Oh, and we should add that the vehicle must be easy enough to pilot that the driver does not need specialized pilot training to fly off into the wild blue yonder.

At this point, all that the brass has to show are plans but the latest submissions to DARPA from AAI and Lockheed Martin have been judged "feasible designs," paving the way for the next phase of the program which will feature real-world demonstrations of a prototype fly-drive tactical vehicle.

The next set of design reviews are slated for 2012. At that point, DARPA, which does advanced research for the Department of Defense, will select a winner to produce a prototype TX by 2015. At this point, the concept remains one of those "I'll believe it when I see it" ideas.

As Wired's Danger Room notes, the technological challenges in the way of turning this concept into a ready-to-use armament remain considerable:

For one thing, Darpa wants the Transformer to do a lot. It's got to take off -- vertically -- and be flyable by non-pilots. It's got to both be armored enough to handle small arms fire and fuel-efficient enough to carry up to 1,000 pounds of freight for 250 miles on a single tank of gas. (Which is why AAI's design, pictured above, incorporates a diesel engine.) And it's got to seat four troops.

And to be a spoilsport: It's difficult to imagine a military problem that the Transformer actually solves. Darpa initially envisioned it as an answer to homemade bombs that disable ground vehicles; just glide above the ground to avoid the boom. But assuming that the U.S. is even involved in a land conflict after Afghanistan to make that problem salient, why wouldn't insurgents plant those bombs to lure the Transformer into the air and then hit it with a rocket-propelled grenade or anti-tank missile?

Aviation Week has more about the project here.