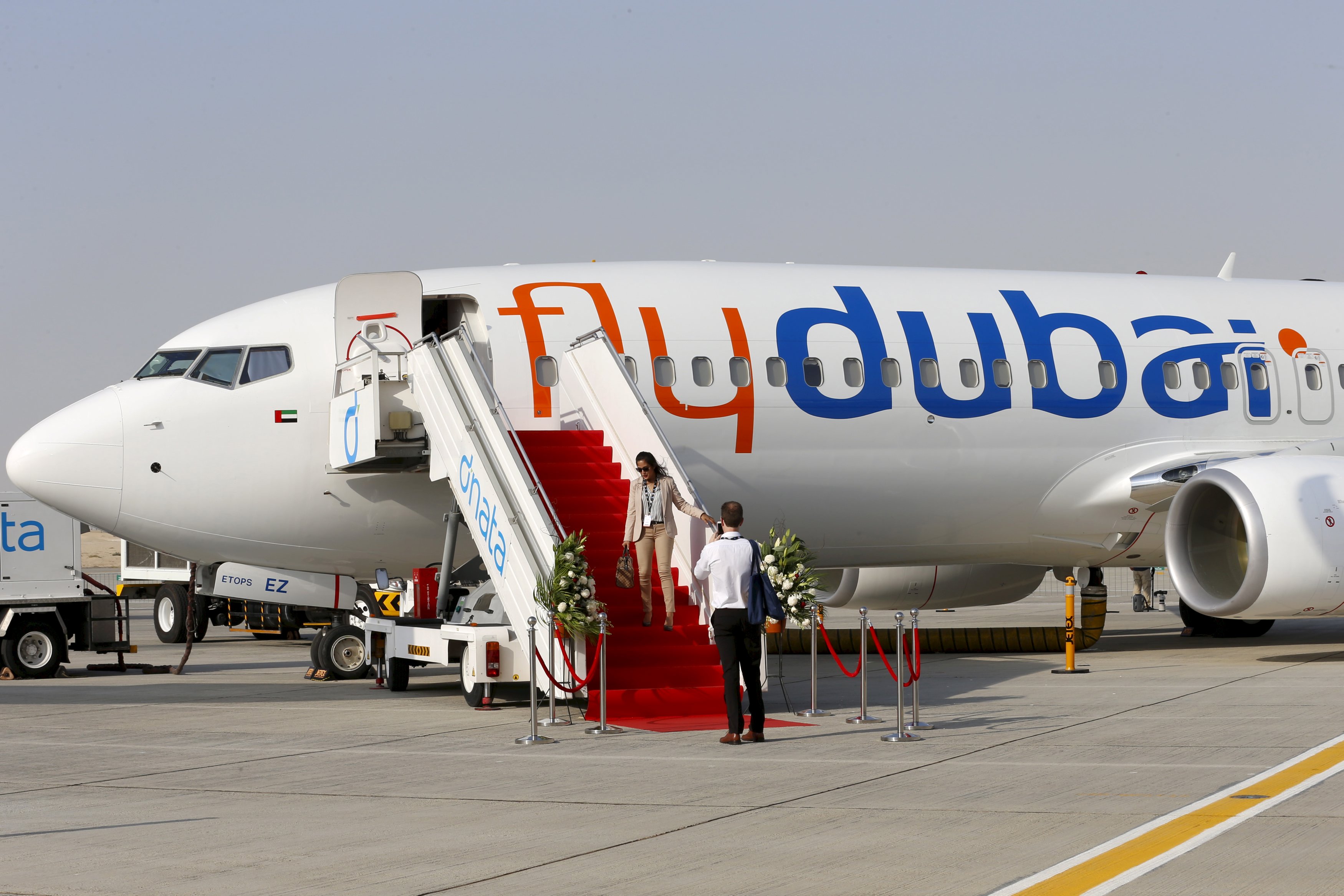 Russia's Emergencies Ministry said FlyDubai Flight 981, a Boeing 737-800, crashed while trying to land at the airport in the city of Rostov-on-Don.

"We are doing all we can to gather information as quickly as possible," the airline said on its Facebook page. "At this moment our thoughts and prayers are with our passengers and our crew who were on board the aircraft. We will do everything we can to help those who have been affected by this accident."

Vasily Golubev, the governor of the Rostov region some 950 kilometers (600 miles) south of Moscow, was quoted by Russian news agencies as telling local journalists that the plane crashed about 250 meters (800 feet) short of the runway. News reports said the plane caught fire after the crash.

Ian Petchenik, a spokesman for the flight-tracking website Flightradar24, told The Associated Press that data shows the plane initially tried to land at Rostov-on-Don then entered a holding pattern and tried to land again before contact was lost.

There was no immediate information on the cause, although some news reports suggested weather could have been a factor. Tass said weather data from the area indicated that winds were anywhere from 14 to 22 meters per second (30-50 mph) at the time of the crash and that there was light rain.

Russian news reports said most of those aboard were Russian tourists but there were unspecified foreign passengers as well.

FlyDubai's fleet is dominated by relatively young 737-800 aircraft, the same model as the one that crashed. The airline says it operates more than 1,400 flights a week.

The airline has expanded rapidly in Russia and other parts of the former Soviet Union. Dubai is a popular tourist destination for Russian visitors, who are attracted by its beaches, shopping malls and year-round sunshine. Like other nationalities, many Russian expatriates live and work in Dubai, a city where foreigners outnumber locals more than 4-to-1.

It has been flying to the southern city of Rostov-on-Don since 2013.