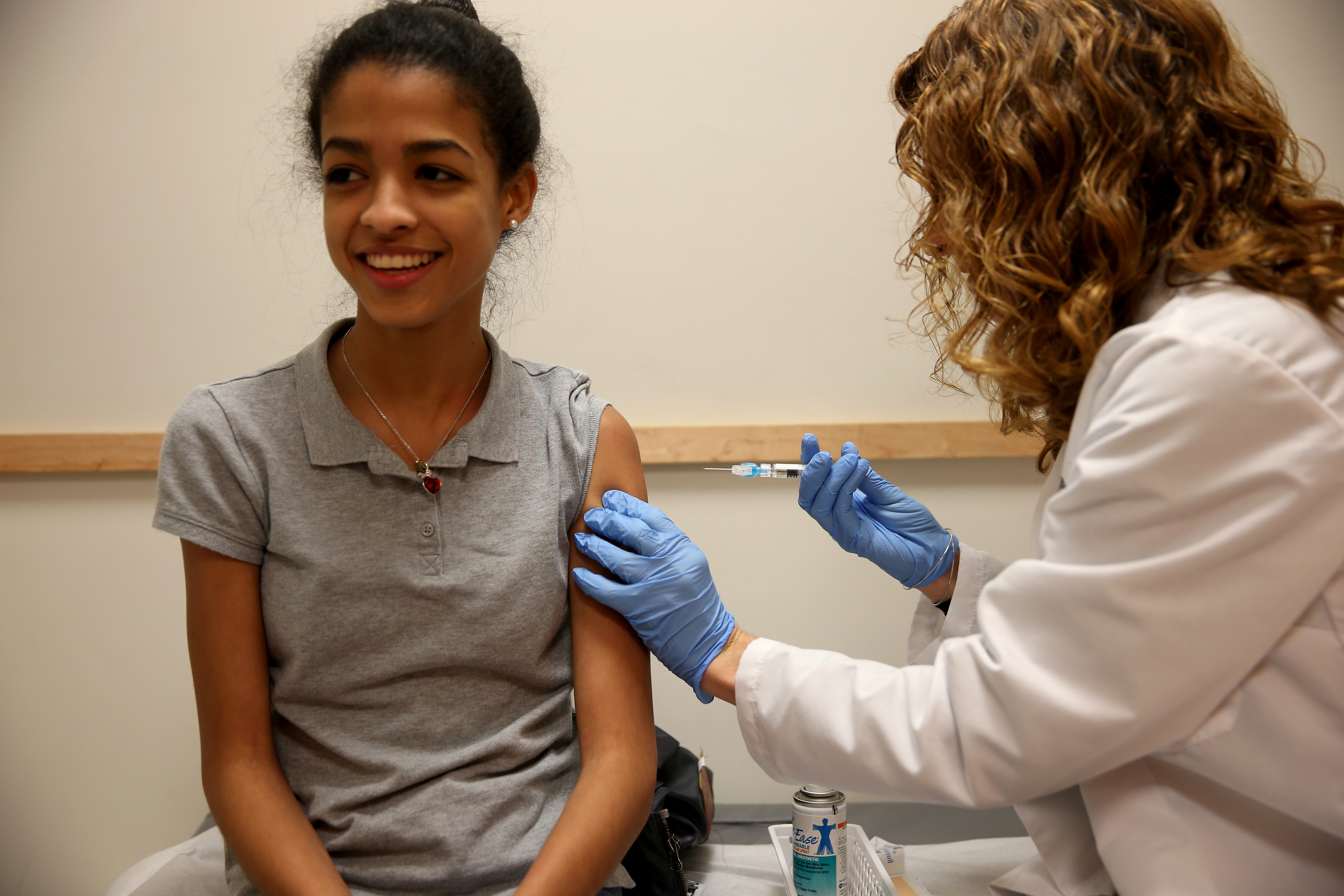 Health officials have already said this year's flu vaccine offers limited protection in what they are calling a "moderately severe" outbreak. New data released Thursday shows just how limited it really is.

The report from the U.S. Centers for Disease Control and Prevention indicates that this season's vaccine can reduce a person's risk for a doctor's visit due to flu symptoms by about 23 percent.

That's much lower than average; the CDC says in a typical year the flu vaccine is about 50 to 60 percent effective.

There are a number of flu strain that emerge every season, and the vaccine offered to the public each year typically protects a person from at least three or four strains of the virus. The predominant strain of the flu virus this year is H3N2. But the virus mutated enough since the vaccine went into production that it's not a complete match, a phenomenon health experts call viral drift.

Additionally, whether or not a vaccine is effective is also highly personal. Factors such as a person's age and overall health determine how likely a person is to get sick. The vaccine has been found to work best in young and healthy people and is less effective on people over age 65, who are at greater risk of serious complications from the flu.

Though this year's vaccine is much less effective than usual, it still offers some level of protection to people of all ages. Health officials recommend that almost everyone over the age of 6 month should get the flu vaccine.

This year the CDC has also encouraged greater use of antiviral medications such as Tamiflu (oseltamivir), Relenza (zanamivir) and Rapivab (peramivir). These drugs can reduce the severity of illness and shorten the duration by a day or two.

So far this season, high levels of flu activity have been reported in 46 states, according to the latest numbers released by the CDC.