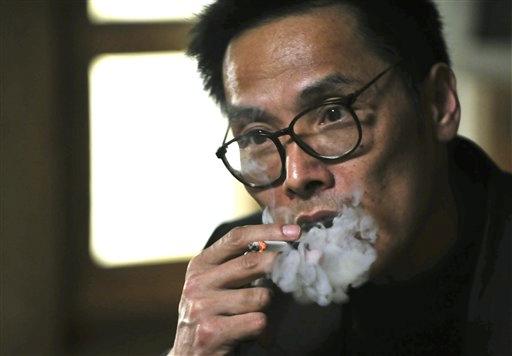 Seventy-year-old Homer Fink spent eight hours sitting next to a supermarket Halloween display to get a flu shot that he wasn't able to get at five other places.

"I've had five bypasses and six stents in me now. I need the shot," said Fink, who got the third spot in line by arriving at 1 a.m. Friday for a clinic scheduled to start at 9 at the Kroger store. It was the last vaccination clinic in the area.

The scene was repeated across the country as the nation's suddenly limited supply of flu vaccine was drained. People lined up at pharmacies and supermarkets in the middle of the night: old folks with oxygen tanks, sleeping children bundled up in strollers, people in wheelchairs.

The vaccine shortage became an issue in the presidential campaign Saturday when John Kerry accused the Bush administration of missing signs that the shortage was imminent.

Campaigning in Ohio, Kerry said, "What's happening with the flu vaccine is really an example of everything this administration does - deny it, pretend it's not there, and then try to hid it when it comes out and act surprised." His campaign released a television ad that says Mr. Bush "failed to fix the problem."

A Bush spokesman accused Kerry of hypocrisy for criticizing the president after voting against a measure that would protect vaccine manufactures from punitive damages.

Graduate turns her pain into passion

In San Francisco Saturday, hundreds of people were turned away from a Safeway supermarket.

The mobile clinic set up inside had 400 doses of flu vaccine, leading to a chaotic scene outside the store as people pushed, shoved and accused each other of cutting in line. Those who did not receive a first-come, first-serve ticket to receive one of the 400 shots were sent home.

Rebecca Chen's parents were among those receiving tickets. She got in line at 11 p.m. Friday and spent the night in the store's parking lot, holding a place until her parents arrived Saturday morning.

"My mom's very sick. She has cancer," said Chen, 42. "My dad's 76 and has diabetes and other health problems. It was one night for me, but it probably saved them from 10 nights in the hospital."

By mid-morning Saturday, the line wrapped around the entire supermarket and blocked the entry to the parking lot.

Throughout the week, seniors endured long lines, often in sun-baked parking lots, to get the flu shots. Some collapsed in exhaustion.

In California, a 79-year-old Orinda woman died Thursday from head injuries after fainting. She had waited four hours in a flu shot line with hundreds of other seniors in the east San Francisco Bay area city of Lafayette. Two elderly women in Concord were hospitalized after collapsing in a vaccine line.

In Alexandria, Va., Saturday, hundreds of people had to be turned away from a Giant supermarket because only 200 doses were available, clinic supervisors said. People had started lining up at 5 a.m., and those lucky enough to make the cutoff, mostly elderly, ended up waiting in folding chairs that lined the Halloween candy aisle and other parts of the store.

A woman was arrested Friday in Shreveport, La., for disorderly conduct, accused of yelling at a police officer who was trying to move a crowd back. Some 600 people had showed up for 250 doses of vaccine.

The temperature neared 90 degrees Friday in Clovis, Calif., as 78-year-old Russ Rock waited in line at a pharmacy, holding ticket No. 264 out of 300 handed out that morning. It was his second day trying to get a shot.

"If anybody told me I'd have to go through all of this to get a flu shot, I don't think I would have gotten one," Rock said, surrounded by other seniors sharing a bit of shade along the side of the building.

Just 250 doses of flu vaccine were available at an Albertsons supermarket in Tampa, Fla., and 65-year-old Suzanne Moore was No. 221 on the list as she sat in a lawn chair reading a magazine just inside the store's front door Friday afternoon.

"I'm real concerned," said Moore, bald from cancer treatments. "I have cancer and I'm taking chemotherapy. It's vital for my immune system that I be inoculated. I don't understand it all how it's gotten to this point."