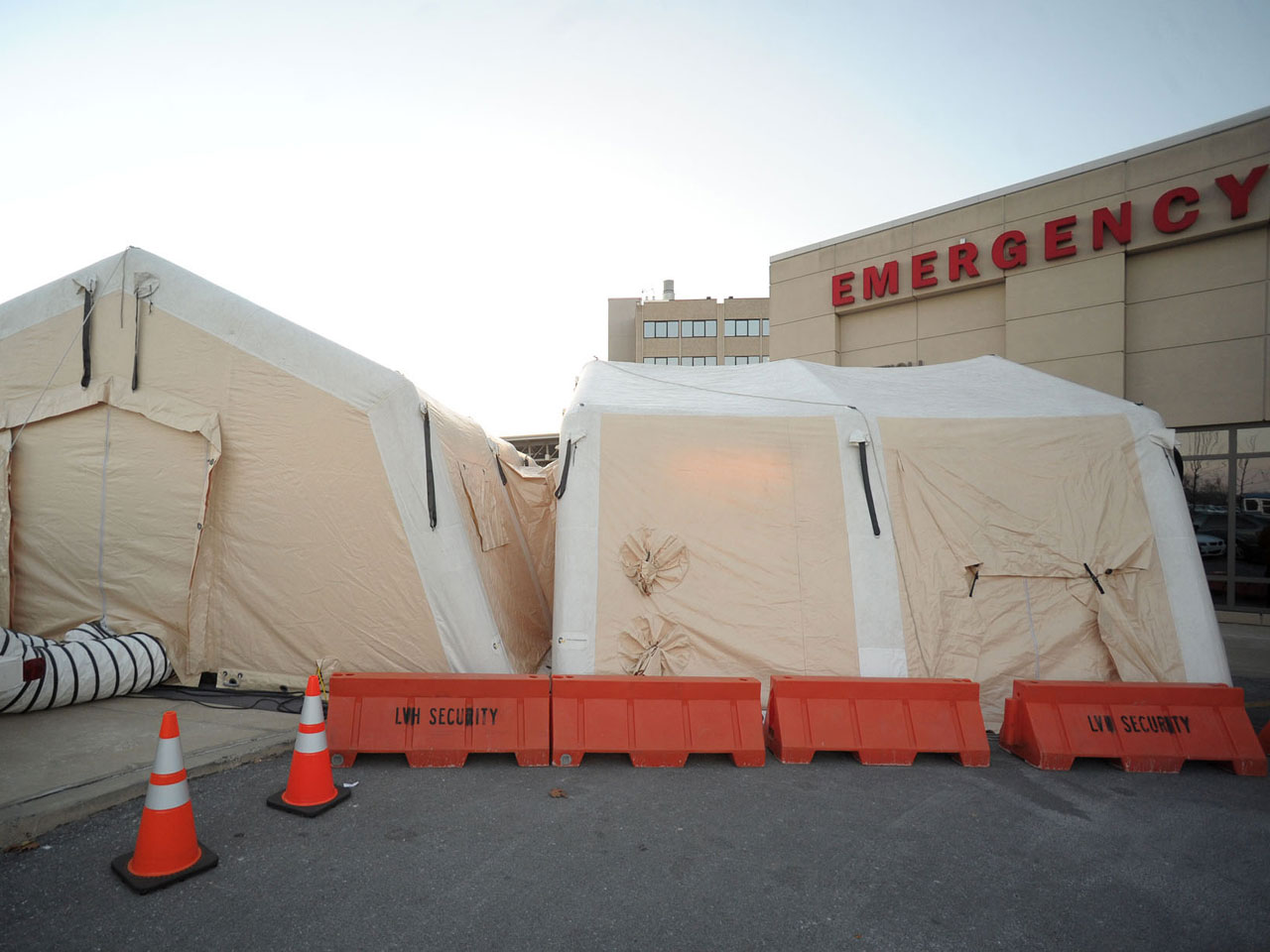 Flu may be a major talking point these days, but many several experts agree it's too soon to hit the panic button on the 2012-2013 flu season because the infection rates are still well within historically normal ranges.

"Those of us with gray hair have seen worse," said Dr. William Schaffner, a flu expert at Vanderbilt University in Nashville.

From the Rocky Mountains to New England, hospitals are swamped with people with flu symptoms. Some medical centers have limited visitors, and one Pennsylvania hospital set up a tent outside its ER to handle the feverish patients.

A look at Google's Flu Trends map (below) -- which measures search patterns based on flu-related queries coming from a certain location -- also paints a frightening picture, with the highest recorded number of searches since the engine started tracking this information.

Flu season in the U.S. has hit early and, in some places, hard.

But whether this will be considered a bad season by the time it has run its course in the spring remains to be seen.

The evidence so far is pointing to a moderate season, Schaffner and others believe.

"It's not really more dangerous," Dr. Sherif Mossad, a staff doctor in the infectious disease department at the Cleveland Clinic, told CBSNews.com. "Last year, it was a light year. We had very little influenza. I think this year is more of a typical year for influenza or it may be a little (activity) year if it's peaking now -- well, hopefully this is the peak, and it's not going to get worse this year."

The Centers for Disease Control and Prevention also told CBS News medical correspondent Dr. Jon LaPook on Wednesday that this season appears to be in the moderate to severe range, but it's well within what's historically a range of normal.

Flu typically doesn't blanket the country until late January or February, but it is already widespread in 44 states.

What's probably complicating the situation: The main influenza virus this year tends to make people sicker. And there are other bugs out there causing flu-like illnesses. So what people are calling the flu may, in fact, be something else.

"There may be more of an overlap than we normally see," said Dr. Joseph Bresee, who tracks the flu for the CDC.

The flu's early arrival in the U.S. coincided with spikes in a variety of other viruses, including a childhood malady that mimics flu and a new norovirus that causes what some people call "stomach flu."

Norovirus is an easily transmittable virus that typically results in vomiting and diarrhea which often resolves in one or two days. The most common cause of gastroenteritis in the U.S., the infection can be riskier for young children, the elderly and people with other medical conditions, leading to hospitalized or even death.

Most people don't undergo lab tests to confirm flu, and the symptoms are so similar that it's sometimes hard to distinguish flu from other viruses, or even a cold. Over the holidays, 250 people were sickened at a Mormon missionary training center in Utah, but the culprit turned out to be a norovirus, not the flu.

Flu is a major contributor, though, to what's going on.

The early onslaught has resulted in a spike in hospitalizations, prompting hospitals to take steps to deal with the influx and protect other patients from getting sick, including restricting visits from children, requiring family members to wear masks, and banning anyone with flu symptoms from maternity wards.

One hospital in Allentown, Pa., this week set up a tent for a steady stream of patients with flu symptoms.

But so far, "what we're seeing is a typical flu season," said Terry Burger, director of infection control and prevention for the hospital, Lehigh Valley Hospital-Cedar Crest.

On Wednesday, Boston declared a public health emergency, and all the flu activity has caused some to question whether this year's flu shot is working.

There's a new flu vaccine each year, based on the best guess of what flu viruses will be strongest that year. This year's vaccine is well-matched to what's going around. The government estimates that between a third and a half of Americans have gotten the vaccine.

But the vaccine isn't foolproof, and even those who were vaccinated can still get sick. At best, the vaccine may be only 75 percent effective in younger people and even less so in the elderly and people with weak immune systems.

Health officials are analyzing the vaccine's effectiveness, but early indications are that about 60 percent of all vaccinated people have been protected from the flu. That's in line with how effective flu vaccines have been in other years -- which is between 60 to 80 percent effective, according to LaPook.

In New York City, 57-year-old Judith Quinones suffered her worst case of flu-like illness in years, laid up for nearly a month with fever and body aches. "I just couldn't function," she said.

She decided to skip getting a flu shot last fall. But her daughter got the shot. "And she got sick twice," Quinones said.

On average, about 24,000 Americans die each flu season, according to the CDC.

Flu usually peaks in midwinter. Symptoms can include fever, cough, runny nose, head and body aches and fatigue. Some people also suffer vomiting and diarrhea, and some develop pneumonia or other severe complications.

Most people with flu have a mild illness and can help themselves and protect others by staying home and resting. But people with severe symptoms should see a doctor. They may be given antiviral drugs such as Tamiflu or Relenza or other medications to ease symptoms.

The last bad flu season involved a swine flu that hit in two waves in the spring and fall of 2009. But that was considered a unique strain, different from the regular winter flu.