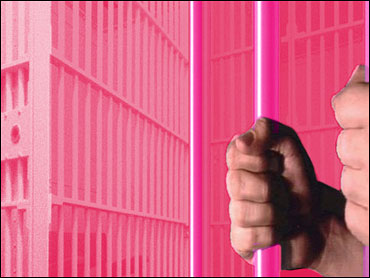 A 47-mile stretch of beach just south of Daytona, Fla. where there were more shark attacks than anywhere else in the United States last year is on track to lead the pack again in 2000, reports CBS News Correspondent Randall Pinkston.

From the air over those Florida beaches, it is sometimes possible to see the surprisingly close proximity in which humans and sharks exist. Searching for food, sharks often come close to shore.

With so many swimmers in the ocean during summer months, experts say the miracle is there are so few attacks.

"Millions of people a year come into Florida waters," said Dr. Arthur Myrberg, a professor at the University of Florida. "There's obviously a few sharks in those waters and extremely few times are people aware of the fact that sharks are there."

For years, humans have been fascinated with sharks, some even paying for the privilege of swimming with them and feeding them. But a shark's fascination with humans can spell trouble and serious injury.

"It just came right out of the water and grabbed me," said Jeremy Weisch, who was surfing when attacked. "It happened so fast, all I remember is seeing his mouth open and come at my hand."

Even young sharks are dangerous. Nineteen-year-old Danielle Shidemantle needed 12 stitches after a 3-foot shark bit her earlier this week.

"I was standing in about 5 feet and I felt like, nails just come up," Shidemantle recalled. "I started yelling 'Shark! Shark!' and I was really scared."

There are at least 250 species of shark, ranging in size from the two-foot pygmy shark to whale sharks that can reach 40 feet in length. Roughly 12 species are known to have attacked humans, including the white, tiger, blue and mako sharks.

According to the Florida Museum of Natural History, there are roughly 70 to 100 shark attacks worldwide each year, resulting in about 5 to 15 deaths, but those numbers are increasing because of a growing number of bathers.

"Most attacks occur in nearshore waters, typically inshore of a sandbar or between sandbars where sharks feed and can become trapped at low tide," says the museum. "Areas with steep dropoffs are also likely attack sites."

To avoid shark attacks, swimmers are advised to swim in groups and avoid areas where there are steep dropoffs. Swimming at twilight or at night; wearing bright clothing or shiny jewelry; or going into the water while bleeding are also bad ideas.

Despite her ordeal, Shidemantle says she's not afraid of the ocean and doesn't blame the shark.

"They really don't bite people because they're hungry or just for the heck of it. They do it because they don't realize it," she said.