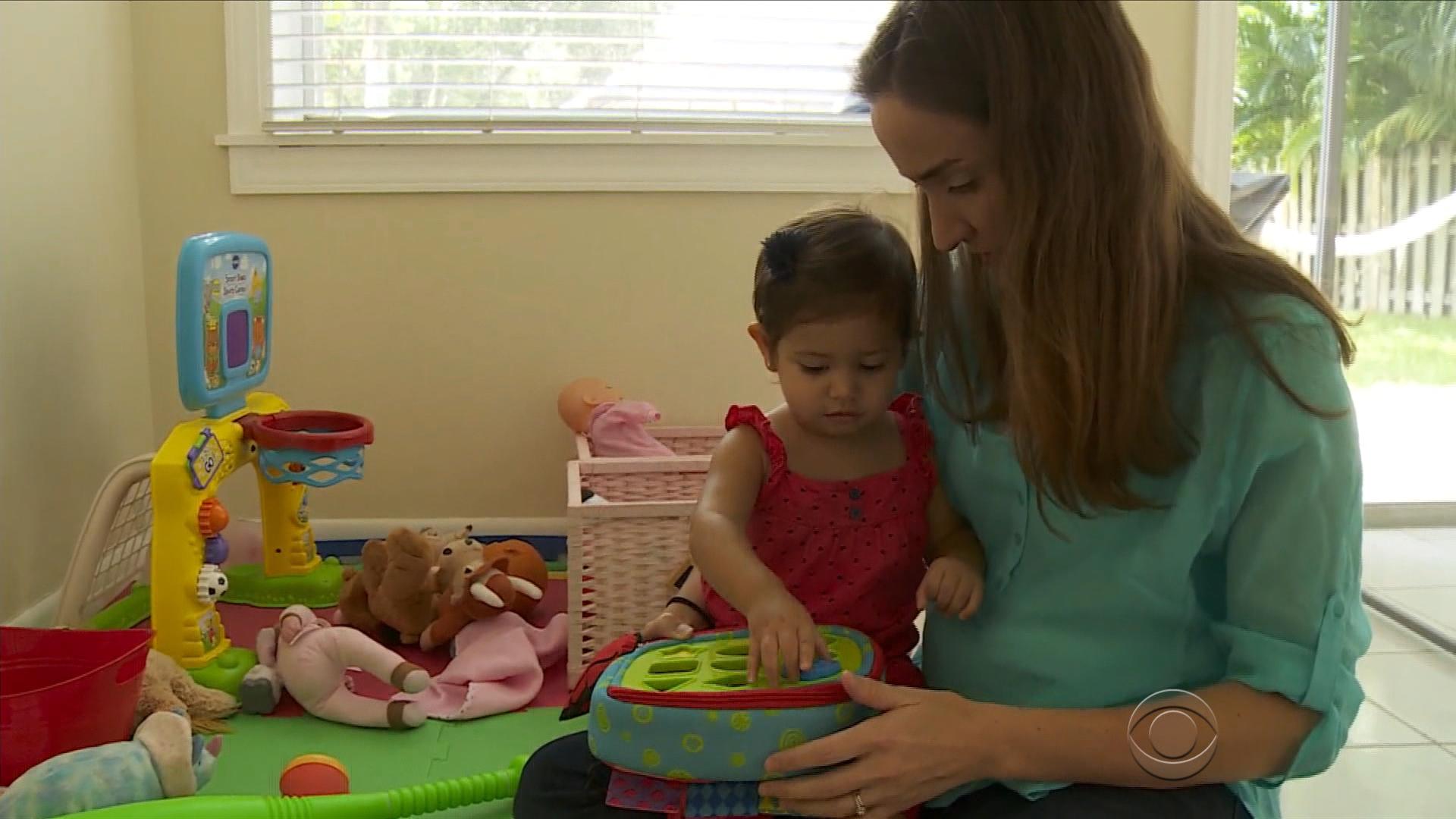 MIAMI -- The number of Zika cases in the U.S. topped 1,800 this week, mostly from travel to foreign countries.

But in a Miami neighborhood, health officials say local mosquitoes have now infected at least 16 people with the virus, which causes severe birth defects. Pregnant women are now advised to stay away from Florida's so-called Zika zone.

The outbreak has sent a chill through Florida's tourism industry.

On Saturday, insecticide rained down on Miami's Zika zone. The spraying continued in the morning by air and by land, targeting mosquitoes that cause the virus, which has been linked to birth defects.

"My one job is to protect this baby. I can't get bit by a mosquito," said Leslie Isaza, who is 36 weeks pregnant.

She and other expectant mothers, like Leah Acero, are on edge.

"The most fearful thing is, I don't want to have a child with some of the severe cerebral defects that are being talked about, including microcephaly," Acero said.

"This is a safe state," he said. "We've tested over 20,000 mosquitoes, and we have not found one mosquito with Zika."

According to Scott, mosquito control crews in Miami-Dade County have been effective. But a travel advisory warning pregnant women not to visit the area remains in effect.

There could be a new weapon in the fight against the virus: Federal authorities have approved testing of genetically modified mosquitoes designed to stop the spread of Zika by reducing the insect populations. Mutant male mosquitoes pass on a lethal gene to the females killing their offspring.

A trial of those genetically modified mosquitoes could take place in the Florida Keys -- but only if residents vote in favor of it.