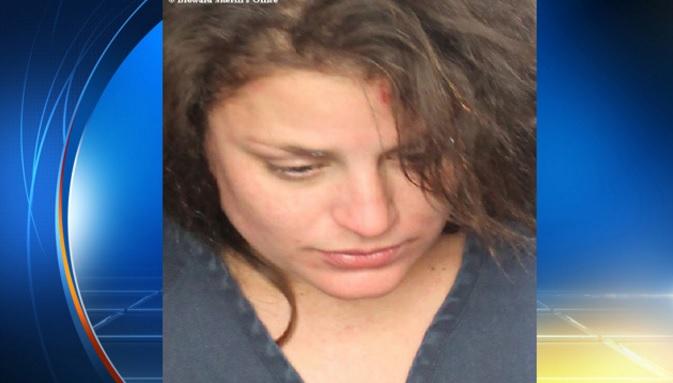 Officers first encountered Arlene Mena after they were called to a 7-Eleven convenience store in Hollywood, Florida, where employees said Mena had stolen three Yuengling beers, according to police.

An officer spotted Mena leaving the scene, crossing a street while carrying a small dog. They say when she saw the officer, she began to run, but soon fell down. Police say she then threw the dog into oncoming traffic.

Police said the officer then chased after the dog to save it from cars and was almost struck by multiple vehicles in the process. He eventually caught the dog, which was unharmed in the incident.

Mena was then put in the back of the patrol car, where she allegedly kicked the back seat window and banged on the vehicle’s plexiglass partition.

Police said the officer warned Mena that she would be pepper-sprayed if she did not stop kicking the window, and when she continued, he lowered the rear window and sprayed her.

Mena then allegedly urinated, defecated and spat in the car in retaliation, according to police.

Mena was taken to the Broward County Jail, where she is being held on charges of animal cruelty, petty theft, causing damage to property and resisting an officer without violence.