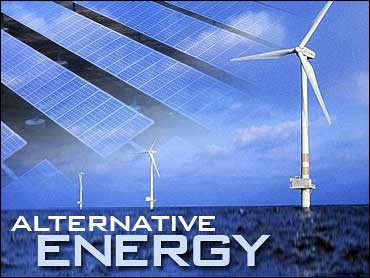 The sun can do more for Florida than reliably attract millions of vacationers and winter residents. Its rays can help power homes and businesses. Its heat can warm water for people to cook and take showers.

Nearly every other state has made a move to take advantage of this by combining a no-excuses attitude with millions of dollars to make solar power a part of the energy mix.

Home to an internationally known center for solar energy research, the Sunshine State has done little to make the most of the star that provides its nickname.

Critics argue the state actually has too many clouds too often to make solar energy work and that it's still cheaper for utilities to produce; and consumers to pay for; energy that comes from conventional power plants.

"It's so off-base," said Bob Reedy, director of the solar energy division at the Florida Solar Energy Center, based in Cocoa.

"It definitely has the potential to supply our needs many times over once it gets down to the right price," Williams said of solar power. "If we install in large quantities, we can bring back the electric car, take care of our transportation fuel problems, solve the global warming problem, solve the foreign oil problem and take care of coal mining and nuclear waste."

But there are signs that Florida might at last be turning its face toward the sun. Gov. Charlie Crist is pushing the state to use more alternative energy and will work with lawmakers to get more done.

The world's No. 1 market for solar power is Germany, which even its tourist Web site acknowledges is cloudy.

In the United States, the state with the second-most aggressive solar policy after sunny California is heavily industrialized New Jersey, home to chemical plants and often-gray days.

"If Germany can be the biggest solar market, then Florida can catch up," said Gwen Rose, solar advocate with the San Fransisco-based nonprofit Vote Solar.

Florida does get less direct sun than Arizona and California, home to the nation's largest solar array. But what Florida lacks in light it can make up in heat, researchers say. Solar water heaters would cut 25 percent off someone's monthly electric bill and reduce the amount of energy used in that house 20 percent.

The systems aren't cheap; they cost between $3,000 and $4,000, compared with $300 for a standard water heater; but federal and state governments offer tax breaks, and the energy is free, Williams said. What's more, they last between 25 and 30 years, he said.

"Your energy cost is going to offset the cost," Williams said.

The utility has installed solar panels on the Miami Science Museum and on elementary, middle and high schools, with more projects on the way.

The science museum uses the electricity to run its animal hospital. Its success will determine how much solar energy it will be able to use for another project downtown, President Gillian Thomas said.

"We think it's fascinating," Thomas said. "It's all part of our new, long-term push for green energy."

Stephen Berg is trying to bring a 175,000-watt photovoltaic system to the garage of the City Center project in downtown West Palm Beach. The solar cell system would shade the cars on top of the garage and is expected to generate about 30 percent of the electricity for the building, said Berg, who runs Go Sun Solutions, a West Palm Beach-based solar energy Web site.

The solar cells would be provided by a Chinese manufacturer Berg declined to name. The city commission will vote July 9 on the deal, which could cost between $400,000 and $700,000.

"This company looks like they are generous enough to break into the solar market," Berg said.

Some of the upcoming projects, as well as the solar array in Sarasota, are tied to FPL's green power program, Sunshine Energy. FPL has pledged to build 150 kilowatts of solar energy for every 10,000 customers that pay an additional $9.75 each month for the program.

"There seems to be a lot of interest out there," said David Bates, who manages the Sunshine Energy program.

But when people start talking about forcing solar to be a significant part of the energy mix, that's when the grumbling starts.

Utility regulators recently told FPL it couldn't build a 1,980-megawatt coal-fired power plant in Glades County. If FPL wanted to build an equivalent power plant using solar, the photovoltaic panels would have to cover half of Miami and not be hampered by clouds or hurricanes, Villafana said.

Even the nation's largest solar farm, which covers 2,000 acres in California's Mojave Desert, produces only 300 megawatts of power. It is partly owned by FPL Energy LLC, sister company of solar-shy FPL.

What other states are doing, however, is requiring their utilities to get a portion of their energy from solar.

Nearly half have tacked a small fee onto consumers' monthly utility bills to create what's known as a public benefits fund to promote renewable energy and keep solar panels and other energy-saving products cheap.

Most of the states; 37; let utilities reimburse consumers for any excess power they generate from solar, according to the Pew Center on Global Climate Change. Florida's utility regulators are studying the concept, known as net metering.

"Unless Florida can get fair value for the solar it's producing, you're not going to see a market," said Rose, whose Vote Solar is a grass-roots organization that lobbies state governments to create policies for a successful solar market. "Solar has this chicken-or-egg problem: The cost is high because demand is low, and demand is low because the cost is high."