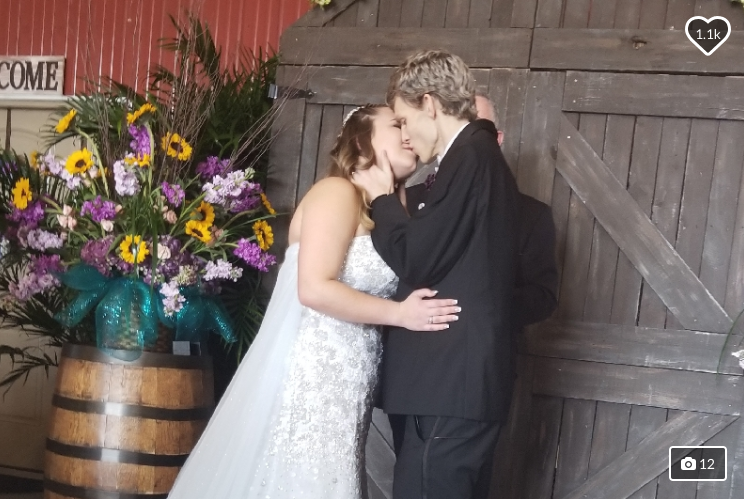 When 19-year-old Dustin Snyder was told he didn't have much time left to live, what was most important in life suddenly became very clear.

"Sierra means the world to me. Everything," Snyder told WTSP in an earlier interview. "Can't even describe it in words."

According to a GoFundMePage set up by Snyder's family, he found out he had cancer the day before his 18th birthday. After what seemed like a promising surgery, doctors told Snyder the cancer was gone, but several weeks ago he was rushed to the hospital with abdominal pain. His cancer had come back and spread to his stomach and pelvic area.

There wasn't a dry eye in the venue when the couple tied the knot surrounded by friends and family. The wedding was planned in just days and paid for with generous donations.

Snyder's family says that any extra money raised that was not used for the wedding will be "going for the cost for when the day comes for Dustin to be at rest."