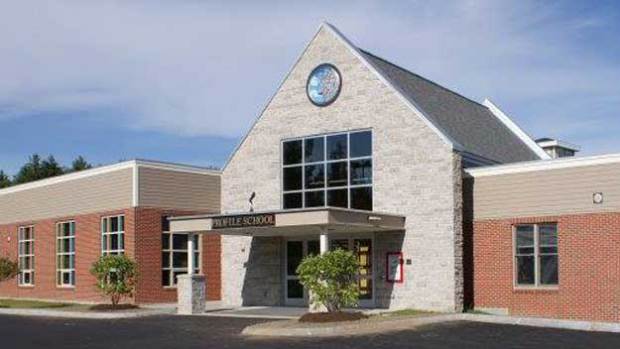 BETHLEHEM, N.H. -- It will be an emotional graduation for Principal Courtney Vashaw and the senior class at Profile Junior-Senior High School in New Hampshire, CBS Boston reports.

Vashaw is battling a rare form of soft tissue cancer, and when the Class of 2015 found out, they decided to sacrifice something they'd been looking forward to for years. They had saved about $8,000 for a senior trip to a dude ranch in upstate New York, but chose to give the money to Vashaw instead.

Vashaw told WMUR her school works hard teaching students compassion and caring for others, but she never thought that would directly affect her.

"It is very hard for me to accept help, and I have no idea what to say to you," Vashaw told the students.

"They decided to give up their senior class trip that they've been working toward for four years to put funds toward my fight," Vashaw told WBZ NewsRadio 1030. "Apparently the kids decided they were going to forfeit that."

Vashaw has known the senior class for six years at the grades 7-12 school in Bethlehem, and said they are a remarkable group.

"They just have heart," she said. "They have some students in the class who have experienced significant health challenges and they know that can take a huge toll on the family."

She hopes to start treatment for synovial sarcoma soon after giving the seniors their diplomas.

"Hopefully I make it through graduation without being a soggy, teary mess," Vashaw said.

The students are also putting together a vintage car rally in August to raise money for Vashaw.