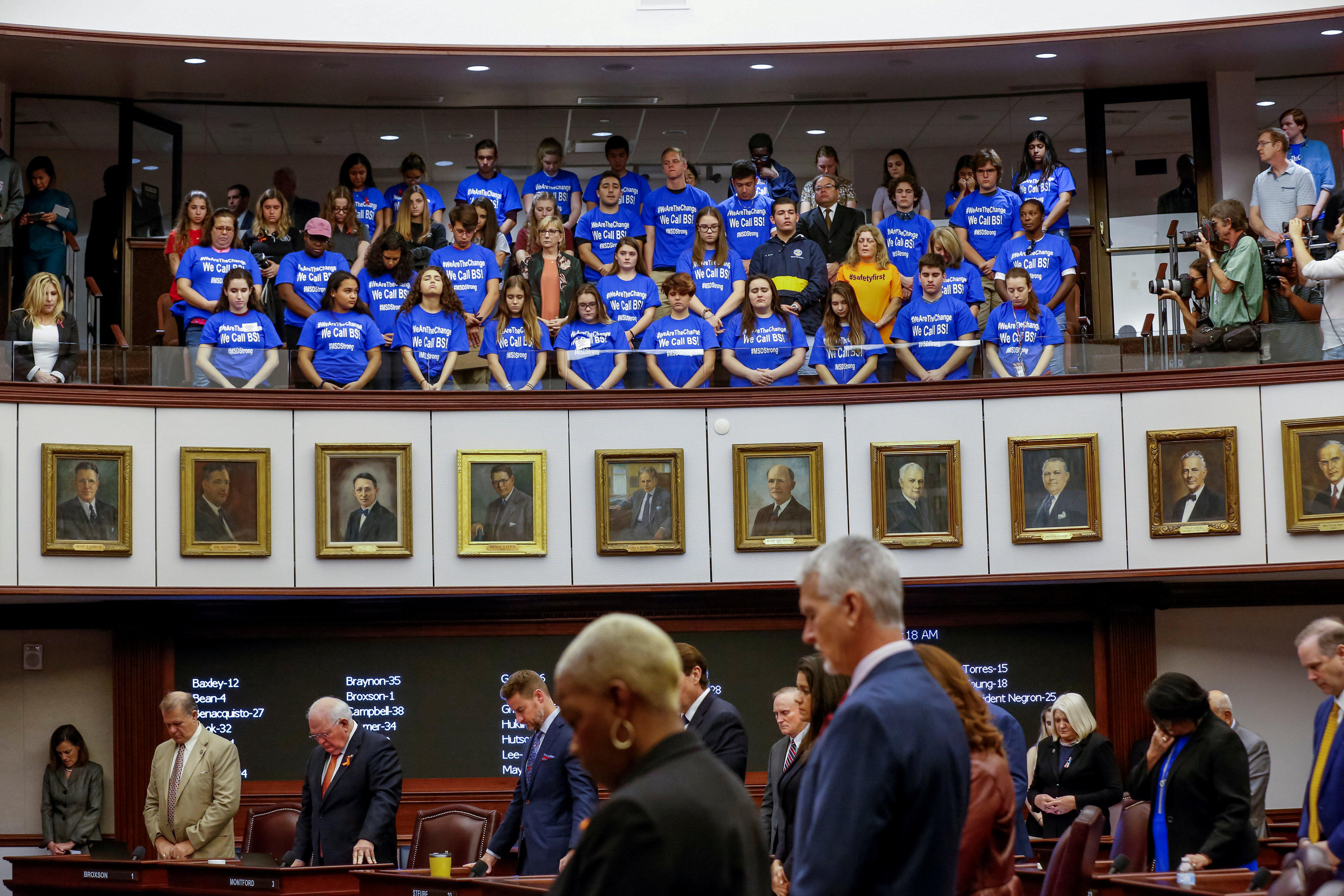 TALLAHASSEE, Fla. -- The Florida House has passed a school safety bill that includes new restrictions on rifle sales and a program to arm some teachers. The House voted 67-50 Wednesday on a bill that's a response to the Feb. 14 shooting at a high school that killed 17 people. The bill now goes to Gov. Rick Scott for his signature, just before the legislative session is scheduled to end Friday.

The vote reflected a mix of Republicans and Democrats in support and opposition. Even supporters said they didn't like some aspects of the bill.

The $400 million plan steers money to mental health screening and services and improving school safety. It includes funds to raze and rebuild the freshman building where the shooting occurred, CBS Miami reports. Suspect Nikolas Cruz, who had a lengthy history of mental health problems and formerly attended the school, last year legally purchased the assault-style weapon, with no waiting period, used in the mass shooting.

Much of the bill is aimed at issues surrounding the shooting including raising the age from 18 to 21 and imposing a three-day waiting period for the purchase of rifles, CBS Miami reports. The National Rifle Association has opposed those elements.

A controversial part of the bill that would allow specially trained teachers and staff members to take guns to schools -- an issue that has eclipsed nearly all of the other elements in the proposal -- sparked fiery rhetoric from both sides of the aisle during a debate that lasted more than eight hours.

The House held a marathon floor session on the bill, a day after the measure was narrowly approved by the Senate.