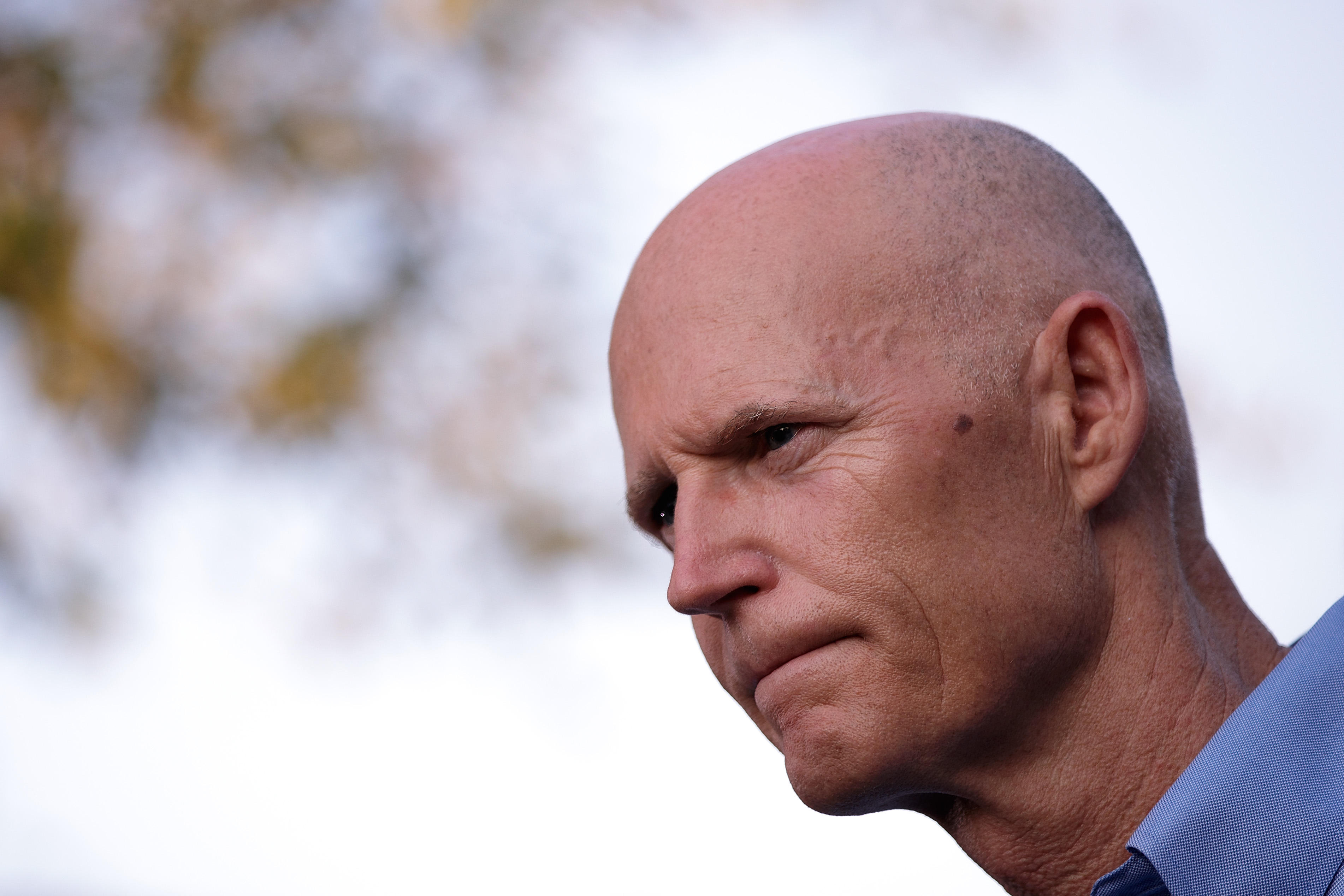 Florida Gov. Rick Scott is challenging Democratic Senator Bill Nelson in an election that could be one of the most expensive and closely-watched races in the nation. Scott formally announced his Senate bid on Monday in Orlando after months of speculation that the governor would run.

"I am going to run for the  U.S. Senate representing the great state of Florida so this is going to be a lot of fun," Scott told supporters in a video on his Facebook page, "Scott for Florida."

He made the announcement 8 years after he launched his race for governor, saying he "did something that everyone told me not to do."

"With the hard work of Floridians, we have come a long way, but our work is not done," added Scott.

In scripted remarks made available ahead of his announcement in Orlando, Scott called Washington "horribly dysfunctional."

"Washington is full of old thinking. Washington is tired. And the truth is, both political parties share some of the blame. They've tried a lot of things -- it just didn't work. But I will not accept the idea that we can't change Washington."

Among his Senate policy issues, Scott told supporters in Orlando that he will push for term limits on Congress.

"This concept of career politicians has got to stop," said Scott. He added, "We're not going to see a change in Washington if we don't have term limits."

Scott is a multi-millionaire businessman who never ran for office before his successful governor's race in 2010. He campaigned as part of the tea party movement and called for massive budget and tax cuts, but was forced to scale back his plans amid opposition from the GOP-controlled Legislature. He also changed his hard-line positions on immigration.

Scott is leaving office due to term limits, and had been urged to challenge Nelson, Florida's only statewide-elected Democrat, by President Donald Trump.

Democrats have been anticipating his move for months and have ramped up their criticism, noting that Scott had previously been forced out as chief executive of Columbia/HCA amid a federal fraud investigation. Although Scott was never charged with any wrongdoing, the health care conglomerate paid a then-record $1.7 billion fine for Medicare fraud.

Democrats also plan to fault Scott over his record while governor, including his initial push for deep budget cuts to education and his back-and-forth position on whether to expand Medicaid.

"Floridians will have the benefit of a clear-eyed view of a truly dismal record," said Dan Gelber, a former state senator and now Miami Beach mayor. "Floridians won't forget the damage Rick Scott's self-serving politics have done these last 7 years, no matter how he tries to change his spots and obscure his record."

Scott's record on gun laws earned him an A+ rating from the National Rifle Association before the killings of 17 people at Marjory Stoneman Douglas High School in Parkland, Florida in February. Ultimately, Scott signed Florida's new law raising the age limit to purchase rifles to 21 and creating a new process enabling law enforcement to seize guns from someone who is considered a danger.

Scott took aim at Nelson meanwhile, contending the Democrat has "done nothing" in the Senate on high-profile issues such as gun violence. Nelson said Scott has not done enough -- he wants universal background checks and a ban on certain types of semi-automatic rifles.