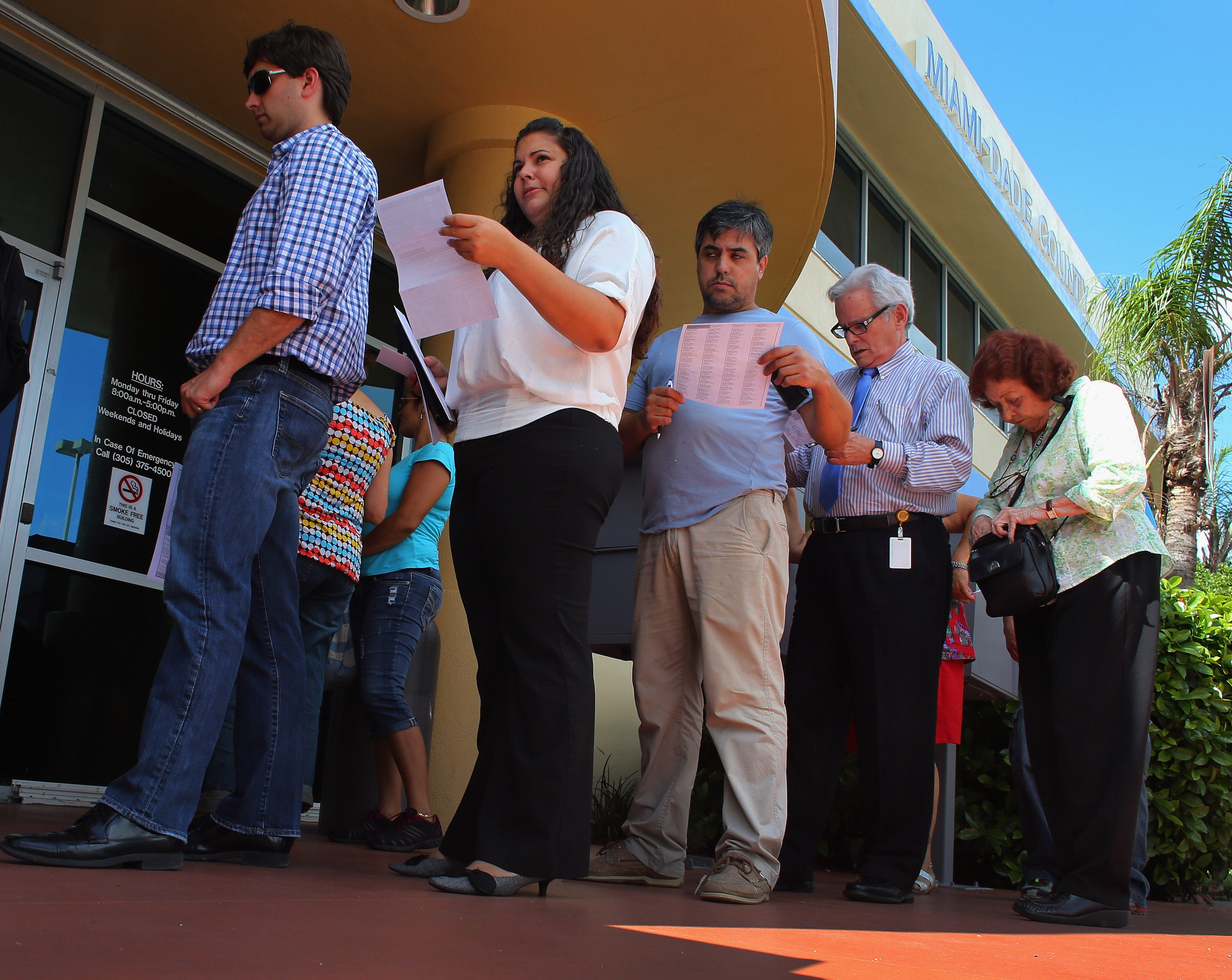 Florida's deadline to register to vote is Tuesday, 29 days ahead of the Nov. 6 election. Democrats including Tallahassee Mayor Andrew Gillum, who is running for governor against Republican Ron DeSantis, called for an extension as Michael's imminent arrival prompted evacuations and the closing of government offices across the Panhandle.

Shortly before midnight Monday, Florida Secretary of State Ken Detzner, who works for Republican Gov. Rick Scott, told local election supervisors that if their offices were closed Tuesday, then they could accept paper applications on the day their offices reopen.

In his order, Detzner said giving some supervisors this extra day to accept paper registration forms would ensure all offices in the state will be open the same number of days.

Democrats contend in their lawsuit that Detzner's solution is inadequate and not equally available to all Floridians. The lawsuit asks what happens to people who evacuate and can't make it back to their local elections offices on the day they reopen.

"This limited, confusing, and inconsistent solution is not sufficient to adequately protect the voting rights of Floridians," reads the lawsuit, filed in the federal court in Tallahassee.

John Tupps, a spokesman for Scott, did not say if the state planned to fight the lawsuit, but said that "Gov. Scott is focused on keeping Floridians safe as a major hurricane rapidly approaches our state."

He added that "the governor believes that every eligible voter should be able to register to vote and Floridians can go online right now to do so. In fact, nearly 10,000 people have registered to vote online since midnight."

But Blaise Ingoglia, chairman of the Republican Party of Florida, slammed the lawsuit filed by Democrats, saying it would allow voter registration to continue in Democrat-heavy areas unaffected by the pending storm.

"It is absolutely reprehensible that the Florida Democrats would play political games on the eve of a potentially devastating hurricane, and waste taxpayer money by filing this lawsuit," Ingoglia said in a statement.

Democrats two years ago sued to extend Florida's voter registration deadline because of the disruption caused by Hurricane Matthew. A judge sided with Democrats and extended the deadline a week.

But a key difference from 2016 is the creation of an online site that allows Floridians to either register or update their registration. Some people on social media complained that they were having trouble accessing the site during the day.

Sarah Revell, a spokeswoman for Detzner, said that while there was heavy traffic the site "was never down and the issues were intermittent." Revell said nearly 22,000 people either registered or updated their registration on the final day.

Florida had more than 13 million registered voters as of the end of August, according to the state Division of Elections. Several statewide elections in recent years have been decided by very narrow margins.

"I do think we ought to do whatever we can to extend registration to folks, especially given the fact that most people are trying to scurry away from these areas," Gillum said Monday. "They aren't thinking about voter registration."