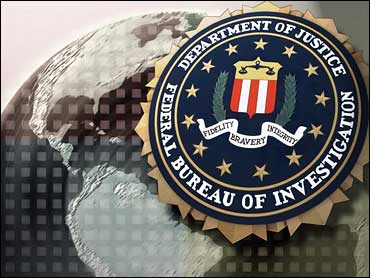 The memorandum said bin Laden's groups might be sending students to the flight schools to place Islamic militants in the civil aviation industry around the world, the report added, citing government officials.

The mastermind was later identified as bin Laden.

According to the Times, the memo's existence had been known for months but it was not until recent weeks that lawmakers and congressional staff gained full access to it. The memo's direct reference to bin Laden had not been revealed before by the U.S. government.

"Robert S. Mueller III, who did not become director until two weeks before the attacks, has acknowledged that the bureau gave the memo too little attention. Mr. Mueller has said the bureau lacked adequate analytical capabilities to evaluate it, a failing that he has tried to correct by establishing new analytical units within the FBI and staffing them with new personnel." the Times reported.

The Office of Intelligence within the bureau was formed as a direct result of this memorandum, the newspaper said.

The memorandum was written by an FBI agent in Arizona conducting terrorism investigations of several Middle Eastern men who were attending flight school in the area, according to the Times.

"Several lawmakers who have read the Phoenix memorandum described it as the most significant document to emerge in congressional inquiries into whether the government might have been warned about possible hijackings. Several senators said the letter represented a warning that went unheeded," the Times reported.

In August, an agent speculated in notes, made when investigators sought to explain why Zacarias Moussaoui was enrolled in a Minnesota flight school, that he "might be planning to fly a plane into the World Trade Center," the newspaper said.

Moussaoui, a French citizen, is on trial in Virginia on charges based on the premise that he was to be the 20th hijacker on Sept. 11.

Law enforcement officials told the Times Tuesday "that when the memorandum was received electronically at bureau headquarters in late July, counterterrorism agents reviewed it. But they took no action on its central recommendation, which was to urge the bureau to compile information on the visa applications filled out by foreign students seeking admission to aviation schools."