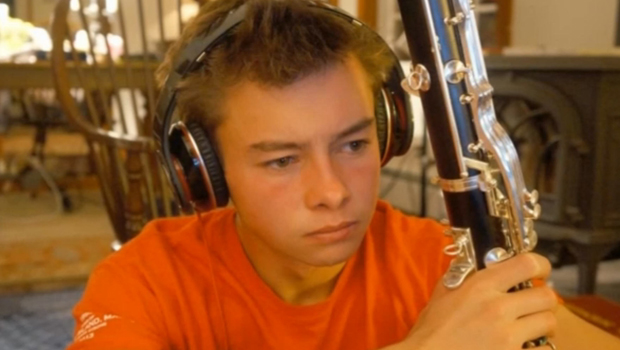 A rare strain of flesh-eating bacteria was responsible for the death of Maine teenager Benjamin LaMontagne, who died in February after routine oral surgery to have his wisdom teeth removed.

A report by the state Medical Examiner's Office, obtained by The Portland Press Herald, listed the cause of death as cervical necrotizing fasciitis, a virulent infection that can quickly turn fatal.

The type of bacteria that caused the infection, called streptococcus A, is most commonly associated with strep throat, according to the National Necrotizing Fasciitis Foundation. However, some bacterial strains can cause much more severe symptoms, especially if the bacteria can find a way to easily enter the body, for instance through an open cut. The bacteria rapidly reproduces and attacks the soft tissue surrounding muscles.

If it is not detected soon enough and treated with powerful intravenous antibiotics and surgery to remove the dead tissue, it can lead to toxic shock, organ failure and death.

LaMontagne, 18, was a talented music student who planned to start college next fall. He started to experience symptoms of the infection after having four impacted wisdom teeth extracted on Feb. 19, 2014. The swelling on his left jaw got worse, spreading to his eyes and preventing him from eating and swallowing easily.

By Feb. 22, he was dizzy and too weak to get to the bathroom, according to the report in the Press Herald. At around 11:30pm, his mother helped him to crawl to the bathroom. She then left, and when she came back, she found him breathing but not able to respond verbally. She called 911, but emergency personnel were unable to revive him.

Chances of contracting this type of severe infection through during an oral surgery are extremely low, experts say.

"I have not heard of anything like that, with necrotizing fasciitis as a result of routine oral surgery extractions," Dr. John Molinari, infection control expert for the American Dental Association, told the Bangor Daily News.

About one in 20 people who have oral surgery experiences an infection of some kind, Dr. Thomas Dodson, professor and chair of the Department of Oral and Maxillofacial Surgery at the University of Washington, told the Portland Press Herald.

However, most of those cases can be treated with oral antibiotics, and most infections are caused by the numerous bacteria that are typically present in the mouth and throat, he said.

Dodson added that, in 30 years of performing oral surgery, including tooth extractions, he has treated just three cases of necrotizing fasciitis, and has advised colleagues on three cases, none of which have been fatal. However, hospitalization is usually long and complicated, he said, and can take up to four weeks.

"Usually, they're in the (intensive care unit) for most of that time, they're going back to the operating room many times (to have dead tissue removed)," Dodson said.

"I know he's not my son, but I feel like I watched him grow up," Julia Frothingham, who taught LaMontagne on clarinet for six years at the local high school, told Tech Times. "I'll miss not being able to see where he goes from here."