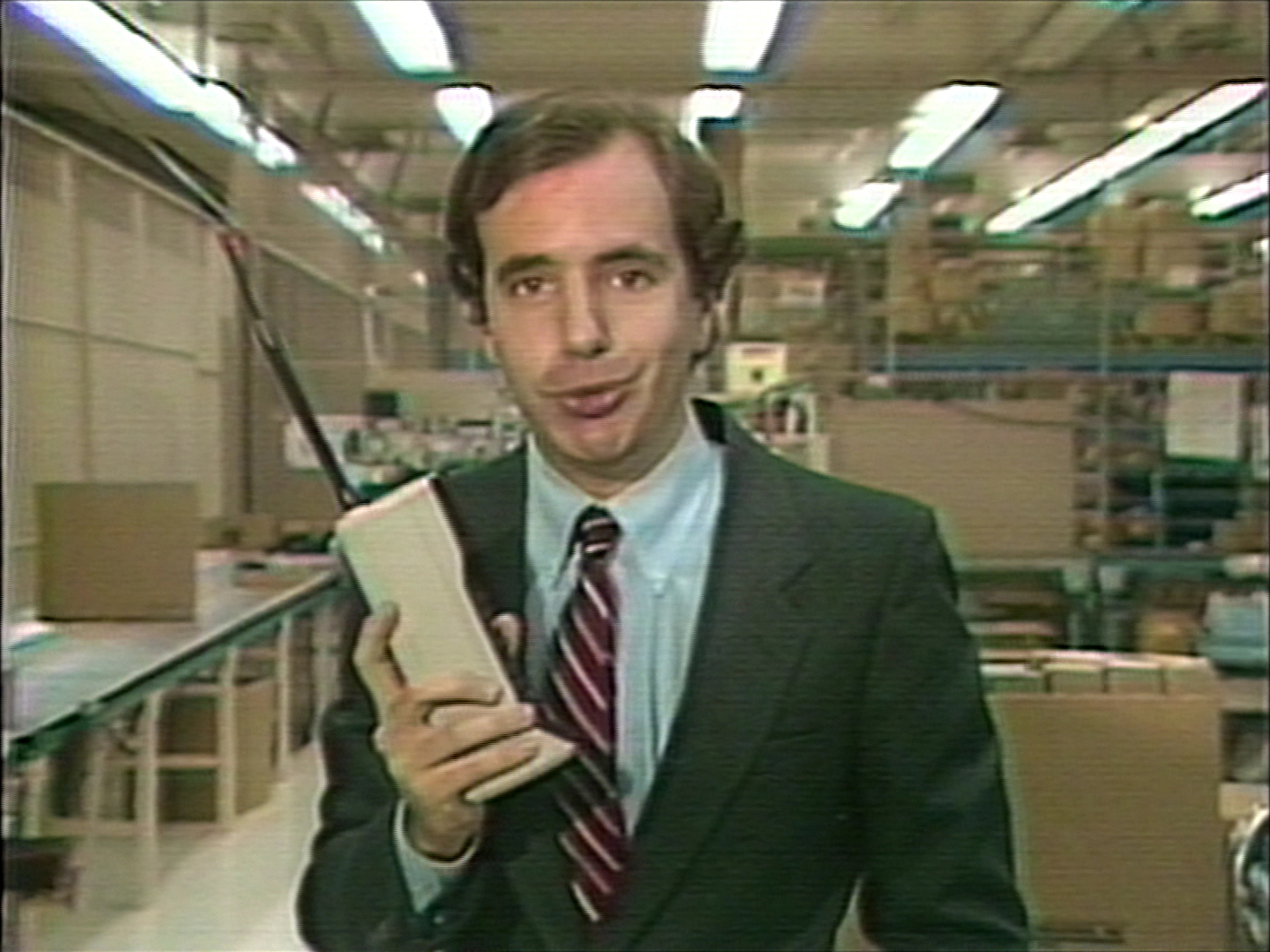 On what planet would someone pay $3,000 for a mobile phone that can't text, take a picture or go online? This one, just a short 32 years ago.

The gigantic Motorola phone, compared to today's devices, was heralded as a revolutionary new device. But that's hardly the most interesting part of this 1983 "CBS Evening News" report. It's how we talked about the phone that stands out.

Do you feel out of touch?

Take for instance, Dan Rather's introduction to the piece.

"Do you feel the constant need to reach out and touch someone?" Rather asked. "Are you bothered by the thought of being away from the telephone at any time of day?"

Gasp. The mere thought of being away from mobile phones can cause separation anxiety. And on the flip side, some would do anything to turn it off. Germany flirted with the idea of banning after work emails, a problem facilitated by the fact that mobile phones keep us connected 24/7.

But in 1983, the opposite was being pursued. In his report, former CBS News correspondent Ned Potter introduced us to the inside of an insurance agent's car, which Potter called "the newest kind of office in America."

"I'm in my car possibly two to three hours a day so I save that time as if I'm in the office," Dave said, gleeful about the prospect of getting more work done while driving.

Forget for a moment that Dave was allowed to drive and talk with no real fear of breaking any rules or getting into an accident. There were no texting laws because texting hadn't been invented yet.

As Ned Potter reported, the system of calling from a car had its limits.

"In metropolitan Chicago, an area of 7 million people, the old system allowed only 23 mobile calls at once," reported Potter. "The radio channels are too full for more."

But a breakthrough, if you can call it that, was on its way. This classic, 8-bit looking CBS News graphic was used to help explain how the system was improving.

The region was divided among 17 relay stations called "cells," reported Potter. So as Dave made his way through the suburbs and down the interstate - a central computer automatically would switch his call from one cell to the next. The computer was able to juggle 50,000 calls an hour. A far cry from the billions of phones calls made in the U.S. every day.

Perhaps the most fascinating part of this 1983 report was peoples' ability to see into the future. It was almost oracular. At the time, dozens of companies were racing to build the next generation of mobile phones. They all promised that as technology improved, the $3,000 price would be slashed.

"I like to say that technology will go from the phone in the car to a phone in the briefcase to finally a phone in your pocket," said Robert Barnett of Ameritech Mobile Communications.

Either Barnett was a genius, wise beyond his years, or he had a DeLorean with a flux capacitor that allowed him to time travel.

Perhaps the most telling part of the story comes when Potter reveals the phone he had been reporting on.

"And this it," said Potter, holding the phone in his hand. "You'll be able to take this to any American city and call virtually any place in the world. And its maker Motorola says a smaller version than this will be on the market next year."

Listen to the way he says that last line -- it's almost as if there's a hint of disbelief. A possible skepticism that, surely, these mobile phones can't get much smaller but the companies say they will.

"Mobility portability is very critical to our ability to grow and increase the business that we are about," said Edward Staiano, the former executive vice president of Motorola.

"People will buy it in much the same way that they buy video recorders which at one time, not very long ago, was prohibitively expensive," said Alvin Barshefsky of AT&T Bell Lab. And who would have thought back then that one day the phones would be the video recorders?

There was at least one prediction that was terribly off the mark.

"An expert says portable phones may not change us but they'll speed up the changes that are already happening," reported Potter.

That expert was wrong - the phones have changed us. Just look at how you're reading and watching this story right now.