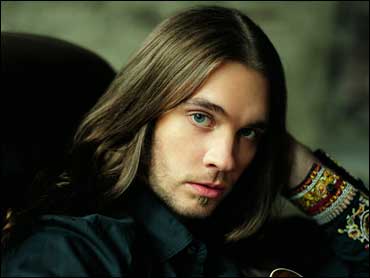 Bure scored his second goal of the game with 35 seconds left in the third period to lift the Calgary Flames to a 3-3 tie with the Phoenix Coyotes.

With goalie Fred Brathwaite on the bench in favor of an extra skater, Bure circled from behind the Phoenix net and fired a high shot through a crowd into the top corner over the glove of netminder Sean Burke.

"As soon as I started coming out, our guys all did a good job of crashing the net, which gave me a tunnel to go into," Bure said. "My first thought was to just put the puck on net, but there were so many guys, so I kept going a little bit higher and then the shot was there."

Brathwaite preserved the tie in overtime, making six big saves on a Phoenix power play. Derek Morris was called for hooking with two seconds left in the third period.

Marc Savard had Calgary's best chance in the extra period, but he fired wide on a breakaway.

Jarome Iginla also scored for the Flames, who moved within three points of San Jose for the eighth and final playoff spot in the Western Conference.

Louie DeBrusk, Greg Adams, and Travis Green scored for the Coyotes, who missed a chance to make up ground on the Pacific Division-leading Dallas Stars. Phoenix remained four pints back of Dallas after the Stars lost to Chicago.

"Points at this time of year seem to be so important and the points squandered away are the ones that end up hurting you," Adams said.

Iginla pulled the Flames back within a goal with his 20th of the season, deflecting home Darryl Shannon's shot on a power play. Iginla extended his points streak to 12 games (nine goals, nine assists).

"When you have a two-goal lead you don't want the opposition, in their building, to get an opportunity to pull their goalie," Phoenix coach Bob Francis said. "All it took was one deflection that ended up in the back of the net to change the entire complexion of the game."

Despite the tie, Phoenix remained unbeaten in its last 10 games against Calgary (7-0-3).

Keith Tkachuk missed his sixth straight game for the Coyotes with an ankle injury.