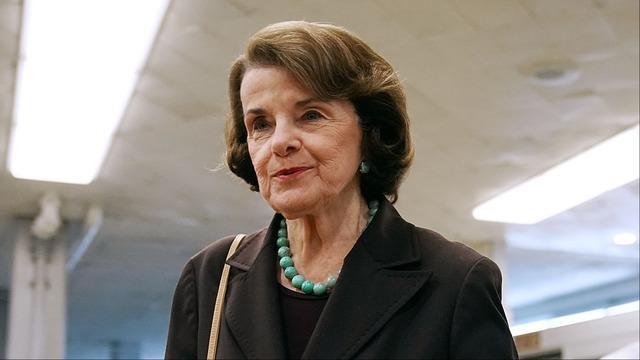 Were Democratic worries about California justified?

As CBS News election director Anthony Salvanto put it, Democrats weren't going to win the House on Tuesday -- but it was possible they could lose it. And the big reason for that are California's "jungle primaries."

The takes the top two vote-getters in every contest, without regard to party, and places them on the general election ballot. The large numbers of Democratic candidates threatened to split the votes in the handful of GOP districts Democrats need to win to have a shot at taking back the House in November.

As of early Wednesday morning, Democrats looked like they had avoided being shut out in crucial House races and would probably have the necessary candidates on the ballot in November. However ...

It's not over in California

California's results were already likely to spill into the next few days, given that Californians can vote by mail, and most of them do. As long as the ballot was postmarked by Election Day, the vote is valid.

Compounding this is a computer glitch that somehow dropped over 100,000 voters from some Los Angeles precincts, including actor Henry Winkler. Voters affected are getting provisional ballots, but former Los Angeles mayor Anthony Villagarosa, who is running for governor, is asking that L.A. county polls stay open until Friday.

Alabama GOP Rep. Marthy Roby faces former Rep. Bobby Bright in a runoff for the state's second Congressional district, which covers Montgomery. In 2016, Roby withdrew her support for President Trump after the release of the "Access Hollywood" tape.

Bright, who was elected to represent the district as a Democrat in 2008 but lost to Roby in 2010, has recast himself as an outspoken supporter of President Trump. His central message was that Roby had betrayed Mr. Trump, and deserves to be voted out of office as a result.

The question is, are Trump supporters really willing to punish Roby's failure to stick by Trump by voting for a candidate who used to be a Democrat?

Bright voted for Nancy Pelosi to become Speaker when he was in the House, a fact Roby is sure to bring up a lot between now and their July 17 runoff. But Bright has so far succeeded in convincing many district voters that he's the right man to support Mr. Trump's agenda.

How did women do?

476 women are running for the House this year, and they've tended to do quite well in primaries. This has been especially pronounced on the Democratic side, but Tuesday saw Republican women like California's Young Kim and Diane Harkey landing at the top of crowded House races. And in South Dakota, GOP Rep. Kristi Noem won her party's nomination for governor. However, the three women running for the Republican nomination in Mississippi's 3rd Congressional district all lost.

On the Democratic side, California Sen. Dianne Feinstein easily advanced to the general election, while Rep. Michelle Lujan Grisham won the gubernatorial primary in New Mexico. And Deb Haaland, a former state party chair, won the primary in the race to succeed Grisham. If Haaland wins the general election in November, which she is likely to do, she'll become the first Native American woman to serve in Congress.

Democrat Lauren Arthur flipped a GOP-held state senate seat in a Missouri special election, defeating her Republican opponent in a landslide. Democrats of done quite well in special elections since Mr. Trump took office, which could portend good things for their party in the midterms.

Missouri is also the stage for one of November's marquee U.S. Senate races, with Democratic Sen. Claire McCaskill looking to hold on to her seat against likely Republican challenger Josh Hawley. McCaskill released a statement Tuesday night trumpeting Arthur's victory as a sign that the race will go her way, while one anonymous Missouri GOP consultant described the race as a "devastating loss" to the Kansas City Star.