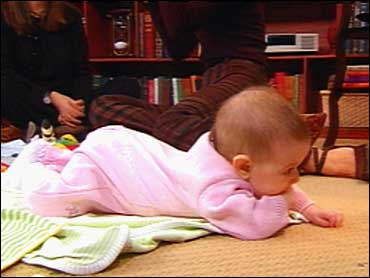 The numbers for 2002, just released by the Centers for Disease Control, show that the average age of first-time moms is 25 - an all-time high.

The Early Show's Dr. Mallika Marshall says the current age for first-time moms is up from age 21 in 1970. She explains what the new numbers mean and what women should know if they're delaying childbirth.

Marshall says there's some good news behind the figures. In the past decade, the number of teen births has dropped by 30 percent to an historic low.

Babies of teen moms are at higher risk for complications, especially if the mother doesn't get good prenatal care. Also, the emotional strain of an unplanned pregnancy on a young girl can take a toll on the mother's and child's health.

At the same time, the number of first-time moms over the age of 35 is at the highest level ever. With longer life expectancies and advances in medicine, America is seeing a number of women giving birth well into their 30s and 40s.

But, Marshall says, women need to also understand that fertility begins to decline, albeit slowly, beginning as early as age 27. And, there are some risks to infants born to mothers who are considerably older. Marshall says women need to be fully informed when planning their pregnancies.

For women over 30, Marshall recommends the following to prepare for a baby:

Pregnancy can be more difficult on a body over 30. Marshall says the following are things women should be aware of:

Marshall says there are some lifestyle changes women over 30 who are having babies should be aware of. They are going to want to think about the effects that having a baby will have on their careers, their friendships and their social lives. But, a lot of parents say that they're glad they postponed having kids because they have a better perspective on life.