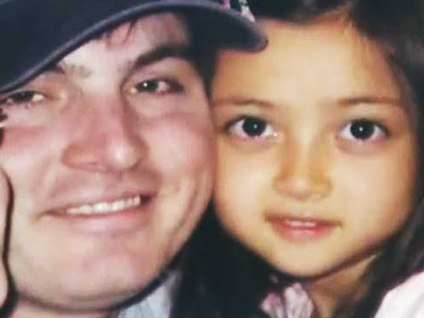 President Bush's drive to disarm Saddam Hussein is stirring a raging debate in Washington and other world capitals over the administration's policy of authorizing pre-emptive attacks on hostile states.

Critics suggest it could inflame anti-Americanism and tempt other nuclear states to follow suit. Defenders say it is needed as nations acquire the capability to deliver weapons of mass destruction in a matter of minutes.

The first-strike strategy will loom large over the U.N. Security Council debate this week as Secretary of State Colin Powell makes a final bid to persuade other council members to side with the United States.

"We all hope it can be done with the full support of the international community," Powell said late last week. But administration officials made it clear that Mr. Bush was moving relentlessly toward a war decision, with or without U.N. consent.

The United States always has reserved the right to strike first if its interests are threatened. It has done so before — in Afghanistan, in Panama, in Libya, for instance.

And it is not the only country to have done so — in 1981, Israel bombed a nuclear facility in Iraq because it feared the facility would produce weapons eventually aimed at Israeli cities.

But Mr. Bush's elevation of the strategy to a central part of his foreign-policy doctrine has raised concerns of many U.S. allies and critics at home.

Mr. Bush raised the stakes last week, with a State of the Union address that heightened the sense of urgency about ending Saddam's rule. Mr. Bush later said that only "weeks, not months" remain for diplomacy.

Since the attacks of Sept. 11, 2001, the administration has put increasing emphasis on asserting its right to act militarily against hostile countries or terrorist organizations.

The evolving strategy marks an end to the deterrent military policies that dominated the Cold War. Mr. Bush outlined the new doctrine in a June speech at West Point and again in more detail in a 35-page report to Congress in September.

"Given the goals of rogue states and terrorists, the United States can no longer solely rely on a reactive posture as we have in the past. … We cannot let our enemies strike first," Mr. Bush wrote in that report.

The pre-emption policy ran into an unexpected turn in the road with the disclosure last fall that North Korea had restarted its nuclear weapons program.

Despite the war talk on Iraq, the administration said it would pursue diplomacy with North Korea, even as many argued that that country posed a more immediate threat to U.S. troops and interests. That raised the issue of whether the administration was applying a double standard.

It also may have been an example of what critics have warned: that the mere threat of a preemptive strike might itself park conflict. North Korea claims to have resumed nuclear development because Mr. Bush identified it as an enemy and then said, more generally, that the United States would strike its enemies first.

That's why North Korea has insisted on direct talks with Washington and a non-aggression pact to end the dispute.

"It's conceivable to me that (North Korean leader) Kim Jong-Il is looking at Iraq and the rhetoric about pre-emption and saying, 'Saddam's mistake is that he didn't get his nukes soon enough,"' Berger said.

The U.S. strategy has drawn criticism from others, as well as qualified support.

"If one state acts by itself it risks consequences," said Bill Graham, Canada's foreign minister.

Brent Scowcroft, national security adviser in the first Bush administration, called awareness of such a U.S. policy common knowledge among other nations. He said he sees no advantage in declaring it publicly.

Zbigniew Brzezinski, who held the same post under President Jimmy Carter, said the "worst outcome" would be "punishing Iraq for defying the U.N. but ourselves defying the U.N., and in the meantime not doing much about Korea."

Michele Flournoy, a senior adviser with the Center for Strategic and International Studies, said preemptive strikes would be justified with "an immediate and undeterrable threat. … But that's not the situation we're in with Iraq."

"There's a real risk that we will win this war militarily and have a very tough time with the broader peace," Flournoy said, noting the rapid growth in anti-American sentiment.

Sen. John McCain, R-Ariz., said he expects a "great debate" in the days ahead on the issue.

"I'm not sure we'll ever be totally clear on whether preemption is called for or not" in Iraq. "But it's a recognition of the new realities of the range and lethality of weapons of mass destruction."