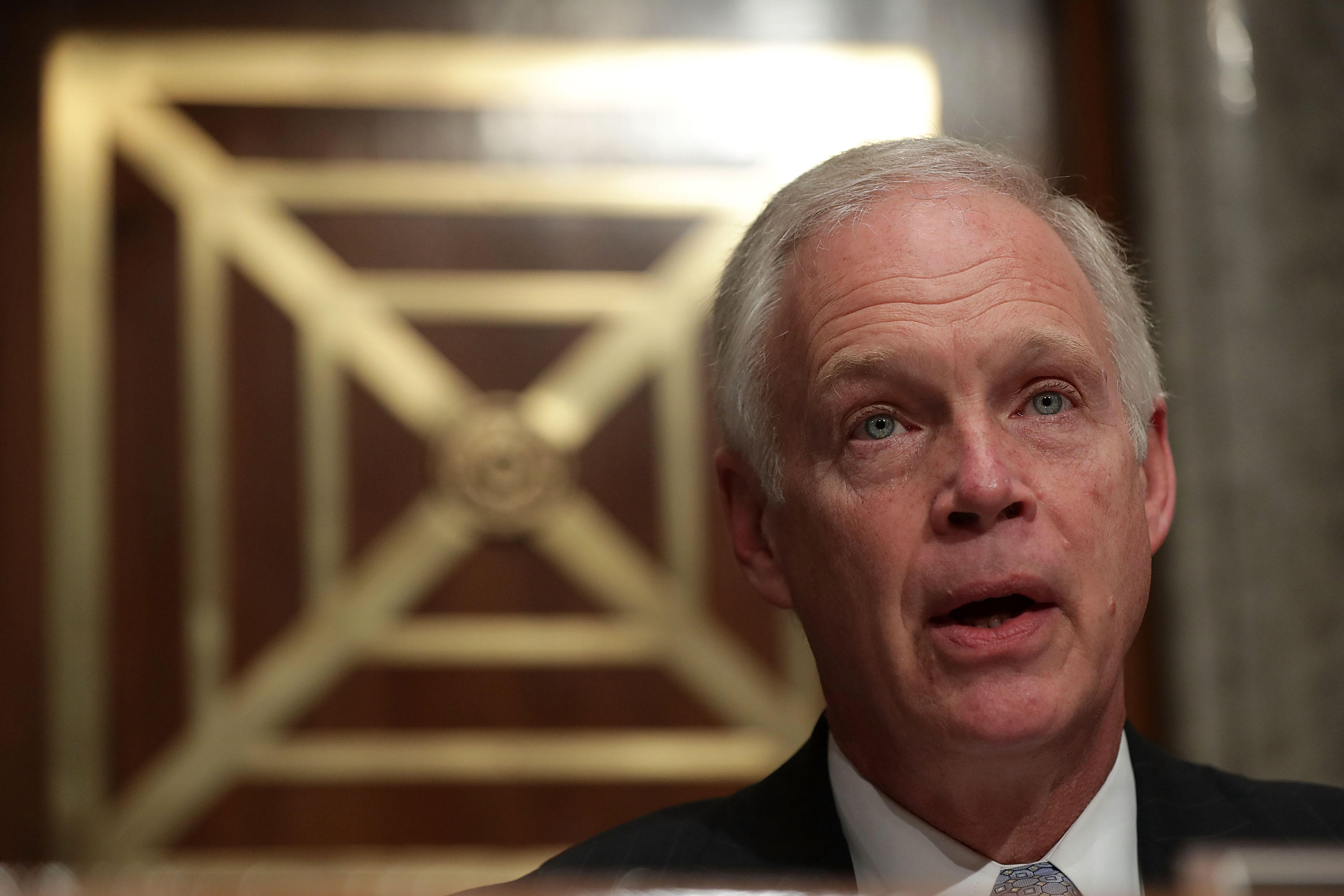 Wisconsin's Ron Johnson on Wednesday became the first Republican senator to say he opposes his party's tax bill, signaling potential problems for GOP leaders. Passage of a similar package seemed certain Thursday in the House, where a handful of dissidents conceded they expected to be steamrolled by a GOP frantic to claim its first major legislative victory of the year.

Eager to act before opposition groups could sow doubts among the rank-and-file, Republican leaders were anxious to hand Donald Trump the first crowning bill of his presidency by Christmas. Trump planned to visit House GOP lawmakers Thursday at the Capitol in what seemed likely to be a pep rally, not a rescue mission.

"Big vote tomorrow in the House. Tax cuts are getting close!" Trump enthused in a tweet Wednesday. "Why are Democrats fighting massive tax cuts for the middle class and business (jobs)? The reason: Obstruction and Delay!"

A Senate Finance Committee hearing got heated Wednesday as the committee's chair, Sen. Orrin Harch, defended the decision to include in the tax bill a repeal of the Obamacare requirement for Americans to get health insurance. (Nov. 15)

"It represents a bold path forward that will allow us as a nation to break out of the slow-growth status quo once and for all," said House Ways and Means Committee Chairman Kevin Brady, R-Texas, as his chamber debated the bill.

Democrats said the measures would bestow the bulk of their benefits on higher earners and corporations. In the Senate Finance Committee, they focused their attacks on two provisions designed by Republicans to save money.

One would repeal President Barack Obama's health law requirement that people buy coverage or pay a fine, a move the nonpartisan Congressional Budget Office projects would result in 13 million more uninsured people by 2027. The other would end the personal income tax cuts in 2026 while keeping the corporate reductions permanent.

"We should be working together to find ways to cut taxes for hardworking middle-class families, not taking health care away from millions of people just to give huge tax cuts to the largest corporations," said Sen. Bill Nelson, D-Fla.

The Republican-led Finance panel was on track to approve its proposal by week's end. It shut down Democrats' initial efforts Wednesday to modify the Senate bill, voting along party lines against amendments aimed at protecting health care coverage for veterans or people with disabilities, mental illness or opioid addition if the insurance mandate is ended.

But with GOP leaders hoping for full Senate passage early next month, concerns by Johnson and perhaps others would have to be addressed.

Besides Johnson, Republican Sens. Susan Collins of Maine, Jeff Flake of Arizona and Bob Corker of Tennessee have yet to commit to backing the tax measure.

Johnson complained the bills were more generous to publicly traded corporations than to so-called pass-through entities. Those are millions of partnerships and specially organized corporations whose owners pay levies using individual, not corporate, tax rates. While details of the House and Senate bills differ, many pass-through owners would owe more than 20 percent in taxes for much of their income.

"These businesses truly are the engines of innovation and job creation throughout our economy, and they should not be left behind," Johnson said. But he left the door open to changes "so I can support the final version."

A small group of House Republicans largely from New York and New Jersey was rebelling because the House plan would erase tax deductions for state and local income and sales taxes and limit property tax deductions to $10,000.

Their numbers seemed insufficient to derail the bill. Asked if they could stop it, Rep. Peter King, R-N.Y., shook his head and said, "I don't think so."

Repealing the "Obamacare" individual mandate would save $338 billion over the coming decade because fewer people would be pressured into getting government-paid coverage like Medicaid. Senate Finance Committee Chairman Orrin Hatch, R-Utah, used the savings to make his bill's personal tax reductions modestly more generous.

Ending the bill's personal income tax cuts in 2026, derided by Democrats as a gimmick, was designed to pare the bill's long-term costs. Legislation cannot boost budget deficits after 10 years if it is to qualify for Senate procedures barring bill-killing filibusters. Those delays take 60 votes to block, numbers Republicans lack.

"To pay for these handouts to multinational corporations, millions of Americans are going to lose their health care," said Sen. Ron Wyden of Oregon, top Democrat on the Finance panel.

Hatch said voiding the individual mandate "means we have a chance to provide greater tax relief to middle-class families, through both reduced penalties and lower overall rates."

Both bills would nearly double the standard deduction to around $12,000 for individuals and about $24,000 for married couples and dramatically boost the current $1,000 per child tax credit.

Each plan would erase the current $4,050 personal exemption and annul or reduce other tax breaks. The House would limit interest deductions to $500,000 in the value of future home mortgages, down from today's $1 million, while the Senate would end deductions for moving expenses and tax preparation expenses.