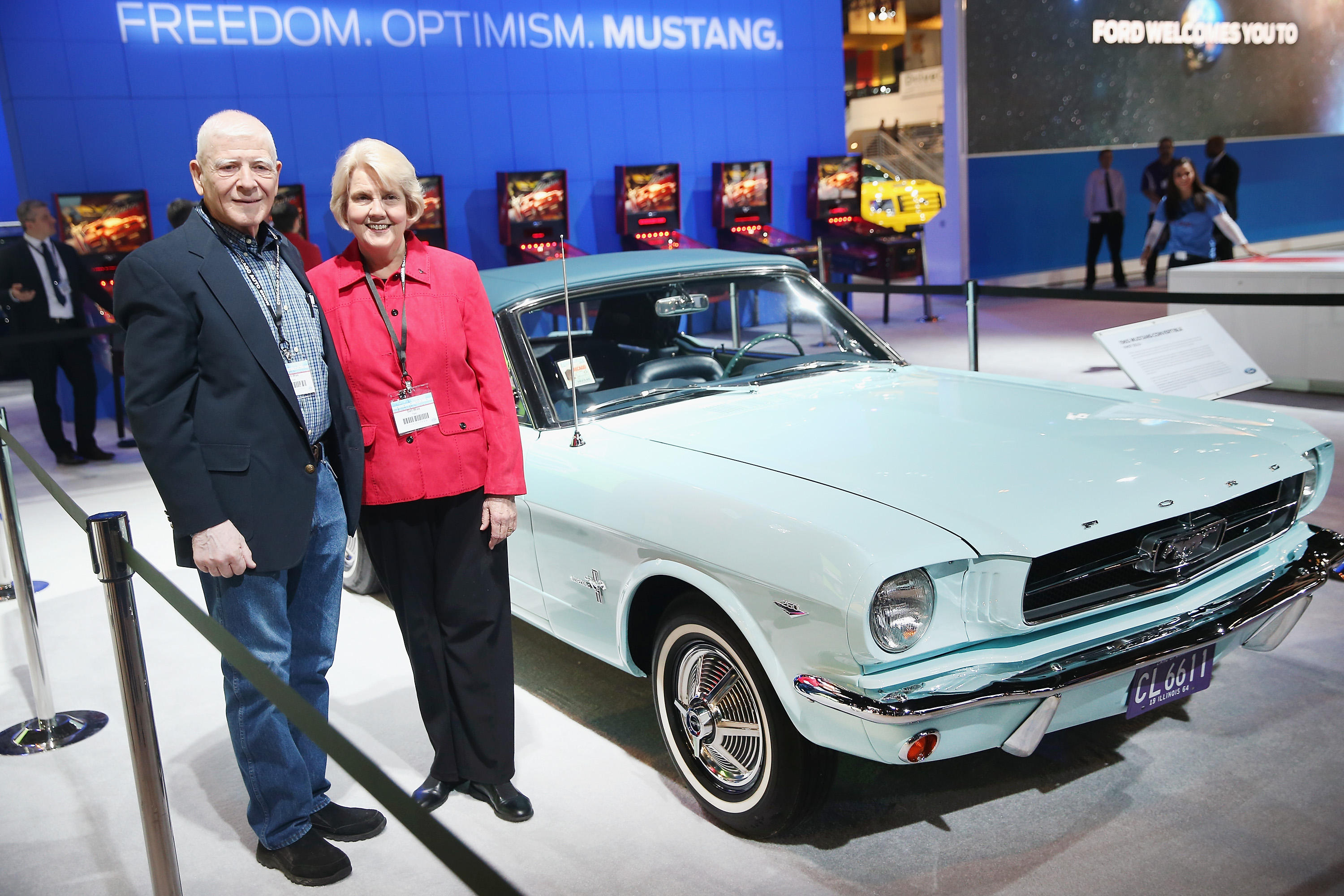 Gail Wise, the 76-year-old owner of the first Ford Mustang, kept the car she purchased in her garage for 27 years. Now experts value of the sky blue convertible between $350,000 and $450,000, the Detroit Free Press reports.

Wise was only 22 years old when she purchased the vehicle in 1964 for $3,447.50. Nearly 16 years later, when the car stopped running, her husband Tom promised to restore it when he retired. He soon realized his wife purchased the car one day before the person who claimed to have the first model.

Ford recently invited the couple to visit Detroit to celebrate the production of its 10 millionth Mustang. They even shipped the now, fully restored car from Illinois for the festivities.

"It's like being a movie star at 76," she told the publication. "I felt like a movie star at 22 when I bought the car. I mean, that was 54 years ago and we're still talking about it."

While the market value places the couple's vehicle over $350,000, Jonathan Klinger of Hagerty Insurance Agency said it can be difficult to place a "specific value on such a unique car and story."

Wise said she loved driving the car when she was single and the highways "were brand new." She said couldn't believe it was tucked away in the family garage for so many years. "Anything you didn't want on the garage floor, it was piled high on the car," she said. "Tom drives us now. I saw how hard he worked to put this car together. I don't want to be the one to put a dent in it."