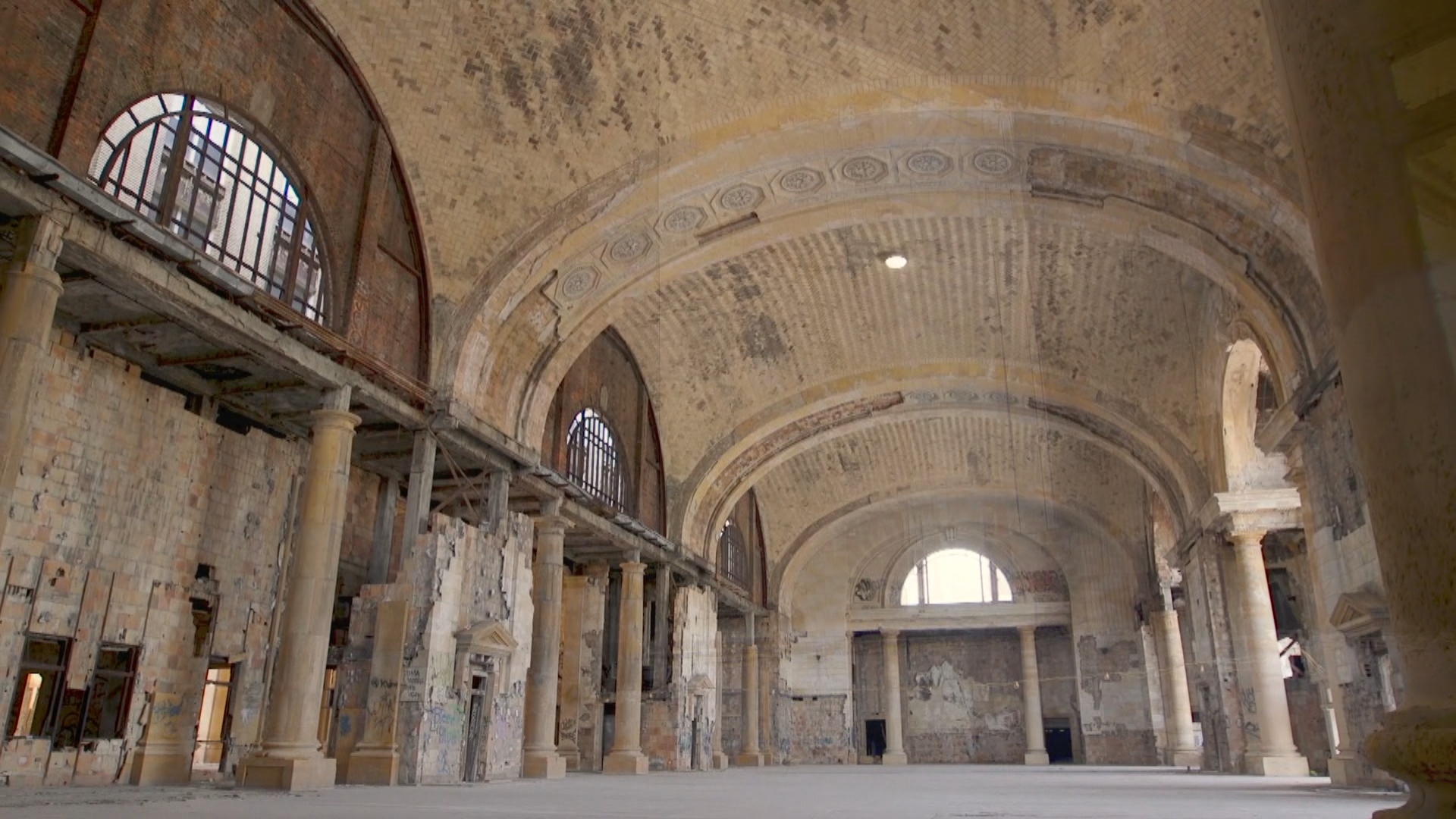 Ford Motor Company is stepping up its efforts to help Detroit compete with Silicon Valley. The automaker will reveal plans Tuesday morning to transform a 105-year-old train station into its high-tech base for the future of automotive mobility. Ford executive chairman Bill Ford Jr. recently gave "CBS This Morning" co-host Gayle King an exclusive tour of the historic space.

Over its 105-year history, the massive Michigan Central train station in Detroit has reflected the life and times of the city around it. When the railroad was king, the station stood as a symbol of Detroit's prosperity. Then the city's economy collapsed and fell into bankruptcy.

"Detroit was built in an era where there was a ton of money here. And so buildings like this were built with grandeur, and then they fell in disrepair," Ford said.

"Had we been looking at this 10 years ago, you would've had a lot of empty buildings there," Ford said of the station, which at that point had become a symbol for how bad things had gotten in the city. "This was the poster child," Ford said. "That used to always drive me, as somebody who's lived here my whole life. I hated that kind of publicity for our city and for this structure."

So he's doing something about it. His company just bought the half-a-million square-foot behemoth and is turning it into Ford's new hub for autonomous and electric vehicle research.

"When we started thinking about the future of transportation and autonomous driving, it's very clear that that will happen first in cities, and therefore, we have to get experience on city streets and city-scapes is where all that will be invented," Ford said.

The 2,500 Ford employees who are expected to work in the old train station will do more than transform a building – they'll help revive the entire neighborhood of Corktown -- one the oldest parts of the city.

"This is really, you know, for me a great kind of homecoming, if you will," Ford said.

His ancestors, including great-grandfather Henry Ford, the legendary founder of the company, first settled in Corktown in the late 19th century.

"I think everybody, when Detroit hit rock bottom, said, 'okay…. let's all just pull together and make this place work,' and there's a spirit now in the city to do just that," Ford said.

A good example of that spirit came over the weekend, when an unnamed thief who stole an antique clock that used to hang in the station returned it on Friday. He apparently tipped off Ford officials, who retrieved it from an abandoned lot two miles from the station. They authenticated it using old photos and chemical analysis. No word on how long it was gone, or what Ford plans to do with it in the renovation.