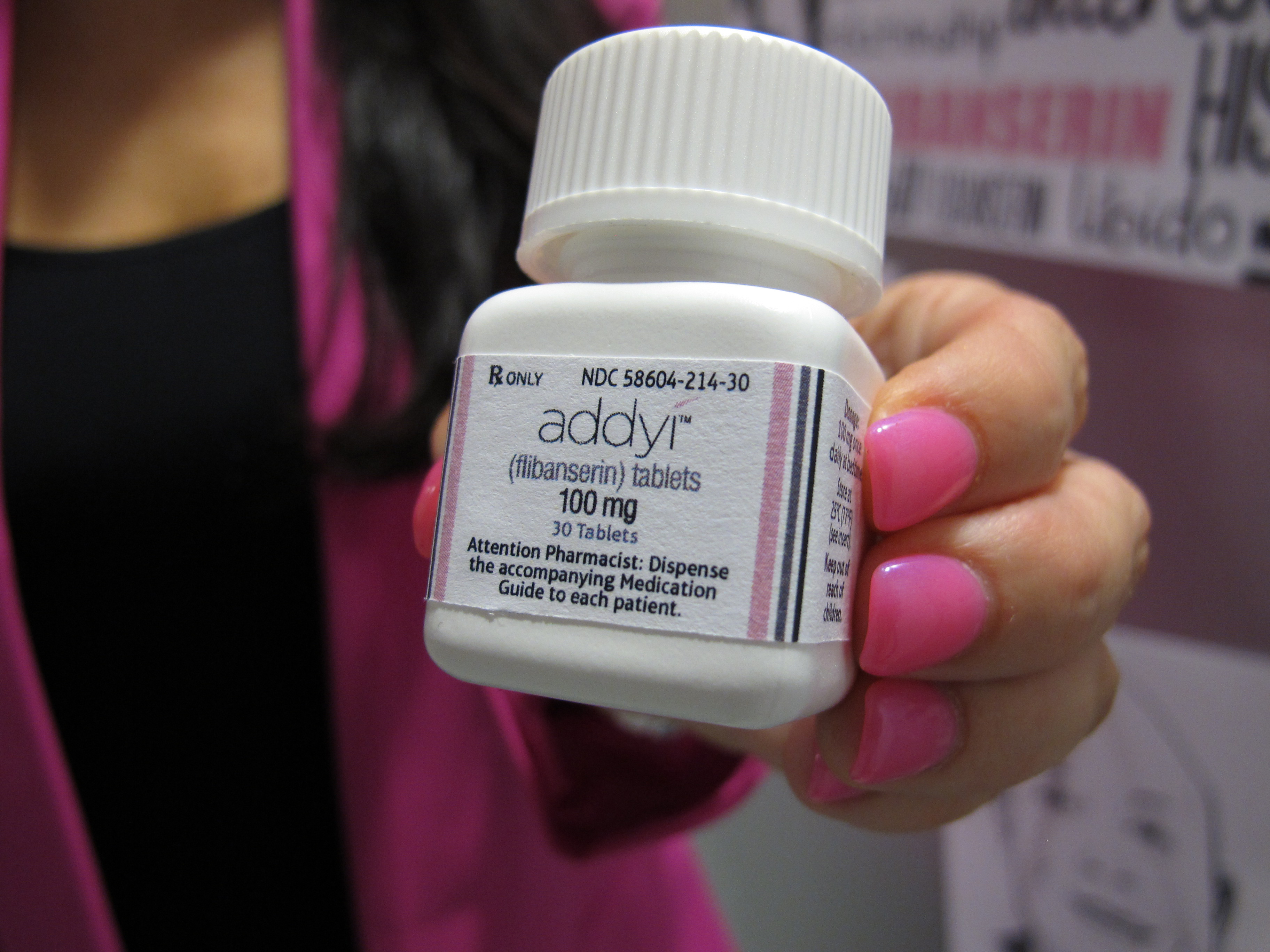 WASHINGTON -- Most women with low sexual desire won't rush to get the first prescription drug to boost female libido when it becomes available on Saturday. But they may have more options down the road.

Addyi is a daily medication that can't be taken with alcohol or certain other drugs, which will likely limit its use. But experts believe those restrictions could spur development of better treatments for women's sexual problems after more than a decade of neglect by most of the world's large drugmakers.

Kim Wallen, a psychology professor at Emory University, says Addyi represents a historic milestone that may open the door to more drugs targeting desire in men and women. Where Viagra and other men's erectile dysfunction drugs work by increasing blood flow to the genitals, Addyi acts on brain chemicals associated with desire.

"This is the first time that a drug, for either men or women, has been approved strictly to increase sexual desire," Wallen says. "That legitimizes many other drugs that are in development."

Treatments for women's libido issues are an untapped financial opportunity for drugmakers. Analysts estimate the market could be worth over $2 billion, based on academic estimates that between 5 million and 9 million U.S. women may suffer from desire disorders.

But the area hasn't been a research priority for drugmakers in many years. Beginning in the 1990s, Pfizer, Bayer and Procter & Gamble all studied - then discarded - drugs targeting female libido.

Addyi itself was developed by the German conglomerate, Boehringer Ingelheim, then sold to Sprout Pharmaceuticals after the Food and Drug Administration rejected the medication due to lackluster effectiveness and issues like nausea, fatigue and dizziness.

It took Sprout four years to win FDA approval for Addyi, which was finally granted in August, on the third try.

"They really struggled with this, even agonized over the decision," said CBS News chief medical correspondent Dr. Jon LaPook. "Because they said the benefits were kind of modest and there were some significant side effects they were worried about: dizziness, sleepiness, and when used with alcohol, fainting."

The drug, which acts on brain chemicals associated with mood and appetite, will come with a bold warning label about the risks of fainting if combined with alcohol or certain medications.

Additionally, doctors and pharmacists must complete an online certification process to show they understand the drug's risks.

Dr. Lisa Dabney says several patients have asked her about Addyi, but they generally lose interest after she explains they cannot drink alcohol while taking the daily medication.

"It's definitely an option that's going to help patients," says Dabney, of New York's Mt. Sinai hospital. "But it's going to have a limited patient audience because of the alcohol restrictions and the fact that you have to take it every day."

Still, some women credit the drug with saving their relationships.

"It just brought me back to where I was as far as being flirty and playful," says Parrish, who lives in Nashville. "I went back to the days of leaving notes on his window, in his car, on his mirror in the morning."

Sheri Mike, a 34-year-old mother of two, told CBS News she hopes it will make a difference for her. "I've tried vitamins, me and my husband have tried counseling, I've tried hypnotherapy, but none of those have worked," she said."The lack of desire, the lack of sexual thoughts, no libido -- it's just this one area that's kind of holding us back from being truly happy."

Analysts from Evercore ISI estimate Addyi could generate sales of $200 million annually. That's far below the blockbuster numbers once discussed by experts and the $1 billion that Valeant Pharmaceuticals recently agreed to purchase Sprout.

But the buyout has revived interest in a handful of competitors developing alternate treatments. Those products include nasal sprays, injections and antidepressant pills.

It could be years before any of them reach patients. That's because the field of women's sexual medicine remains a small one, comprised of tiny companies with limited resources.

Leading the field is Cranbury, N.J.-based Palatin Technologies Inc. which is studying an injectable drug that mimics a hormone linked to sexual arousal.

Unlike Addyi, women would only take the drug when they want to be sexually active. The company's pen-like injector contains a single dose of bremelanotide, which lasts about eight hours. Where Addyi is absorbed into the entire nervous system, Palatin drug's targets a specific region of the brain.

Mid-stage trial results suggest the drug could be at least as effective as Addyi without the dangerous interactions with alcohol. Palatin hopes to submit its drug to the FDA in 2017 with a decision in 2018.

Wall Street analysts estimate the drug, if approved, could reach sales around $500 million, according to Piper Jaffray.

In interviews, company executives highlight the differences between their drug and Addyi. But they also acknowledge the trailblazing path paved by their competitor. Palatin CEO Carl Spana says larger drugmakers are again interested in discussing partnerships with his company, after years of doubts about the future of female sex drugs.

"With the approval of Addyi that's changed and we've seen a much larger uptick in the number of companies that want to talk to us," Spana says.